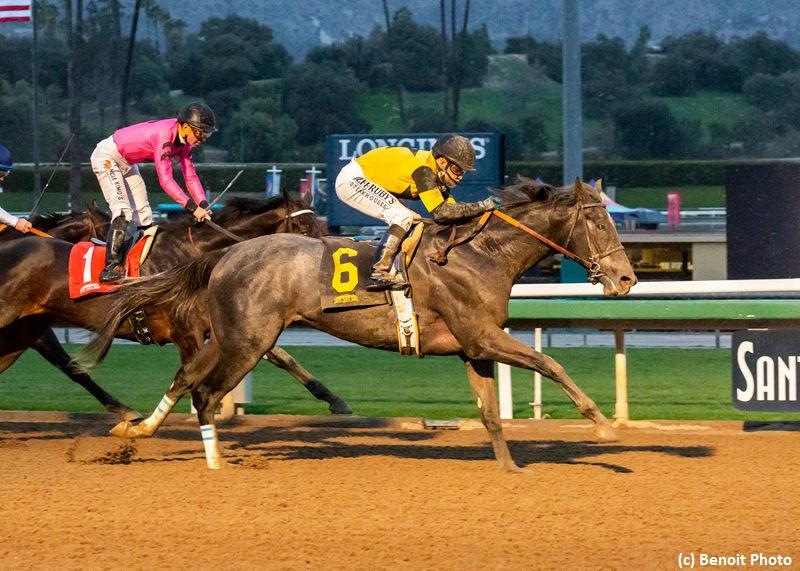 Gunmetal Gray made a last-to-first rally to defeat heavily favored Coliseum and five others in Saturday's $100,702 Sham (G3) at Santa Anita, the first Road to the Kentucky Derby series prep of 2019.

Never more than seven lengths off an early pace set by Savagery, Gunmetal Gray made a four-wide bid in upper stretch and was up in time to defeat 18-1 chance Sueno by one length. Much Better, who built up a 2 1/2-length advantage in mid-stretch but showed greenness through the stretch, weakened to third, 1 1/4 lengths ahead of Gray Magician.

Coliseum, the 3-5 favorite, beat just one horse to the finish. He bumped with Gunmetal Gray leaving the gate, raced wide down the backside, and failed to respond around the far turn.

Owned by West Point Thoroughbreds, Pearl Racing, and trainer Jerry Hollendorfer, Gunmetal Gray paid $9.40 after completing one mile on a fast track in 1:38.96.

Gunmetal Gray earned 10 Derby qualifying points for the victory, boosting his total to 14. He had previously earned four points for a second-place effort in the American Pharoah (G1) behind Game Winner last September. Sueno, Much Better, and Gray Magician earned points of 4-2-1, respectively.

Fifth and first in two maiden appearances at Del Mar prior to the American Pharoah, Gunmetal Gray concluded his juvenile campaign with a fifth-place run in the Breeders' Cup Juvenile (G1). His career earnings are now $217,200.

Bred in Kentucky by Lee Poloik, Gunmetal Gray is by Exchange Rate and out of the stakes-placed Include mare Classofsixtythree. He was a $225,000 OBS March juvenile purchase. 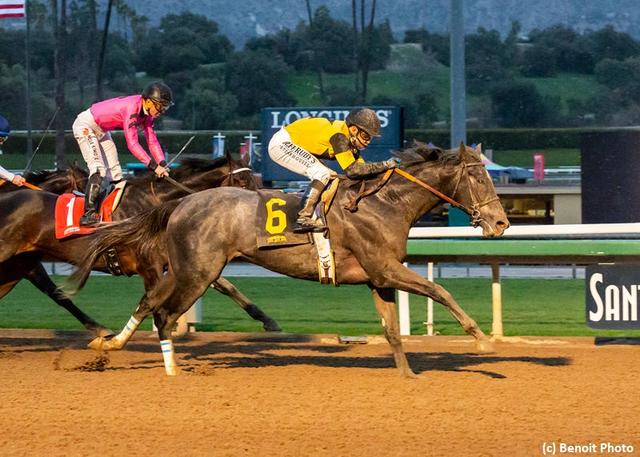