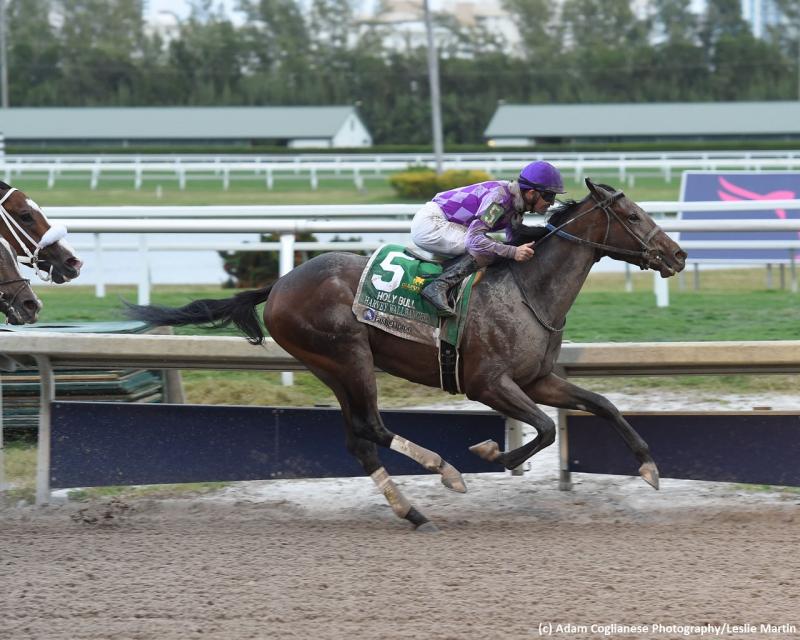 Harold Lerner LLC et al’s Harvey Wallbanger raced in last for the opening half-mile of the $350,000 Holy Bull Stakes (G2) at Gulfstream Park on Saturday. The 29-1 outsider ranged a bit closer at the six-furlong marker when in sixth, but the colt still had much work to do in the Road to the Kentucky Derby race.

Jockey Brian Hernandez Jr. cut the corner with the Kenny McPeek trainee at the top of the lane and had a lot of horse under him. Closing with consistent energy, the sophomore was in range in the stretch and finished best in posting the one-length upset.

Epic Dreamer led the solid field early while being tracked by 4-5 choice Maximus Mischief, reaching six panels in 1:10.89 and the mile in 1:36.80. As the latter began to get closer it appeared that he would go on to victory, but ‘Harvey’ had other plans.

The final time for 1 1/16 miles on the fast main surface was 1:43.69, and the winner rewarded his backers with handsome mutuels of $61.20, $20 and $7. Everfast, who was dismissed at a whopping 128-1, made a late run at the winner and secured the runner-up position by a neck. The Dale Romans trainee gave back a substantial $81.40 and $26. Maximus Mischief held third in suffering his first defeat, paying $2.60 for the show while staying one-length clear of the pace setter.

Harvey Wallbanger was awarded 10 points toward the Derby, while Everfast, Maximus Mischief, and Epic Dreamer got 4, 2, and 1 respectively. Maximus Mischief now has 12 all told including his points earned in his Remsen (G2) win.

By Congrats, Harvey Wallbanger notched a second straight win following his maiden breaker at Churchill Downs in November. His overall line reads 5-2-3-0, $299,520. Prior to his two victories, Harvey Wallbanger was second in three maiden special weight events in succession to start his career.

Harvey Wallbanger was bred in Kentucky by Tony Holmes and Dr. and Mrs. Walter Zent. He brought the gavel down at $50,000 at the 2017 Fasig-Tipton Kentucky July Yearling Sale.

The winner is the first graduate produced from the Distorted Humor mare Adorabell, who is a half-sister to stakes heroine Deb’s Honor, and stakes victor and sire Wild Deputy. Adorabell is also responsible for an unraced two-year-old filly by Declaration of War named Bells of War. 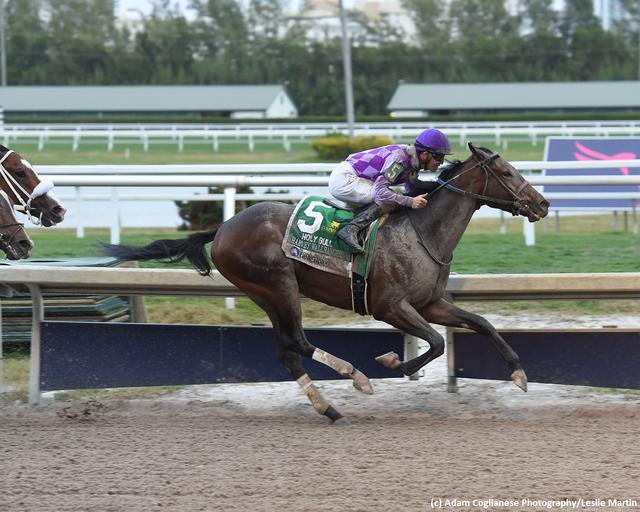