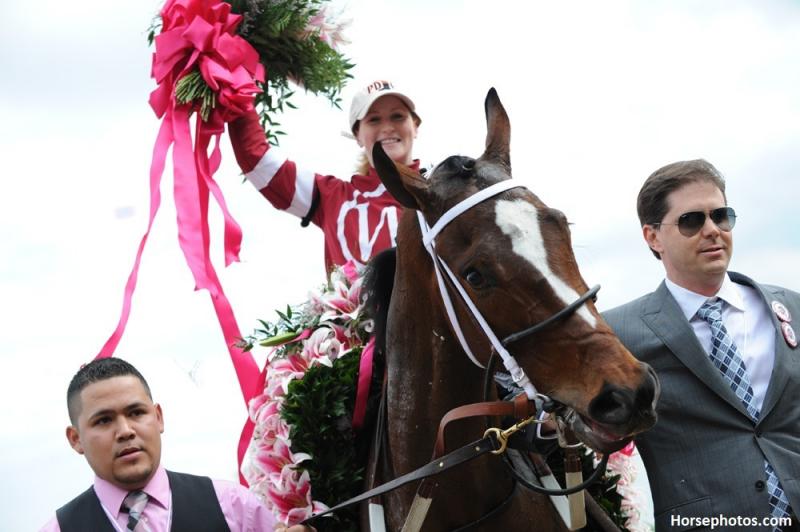 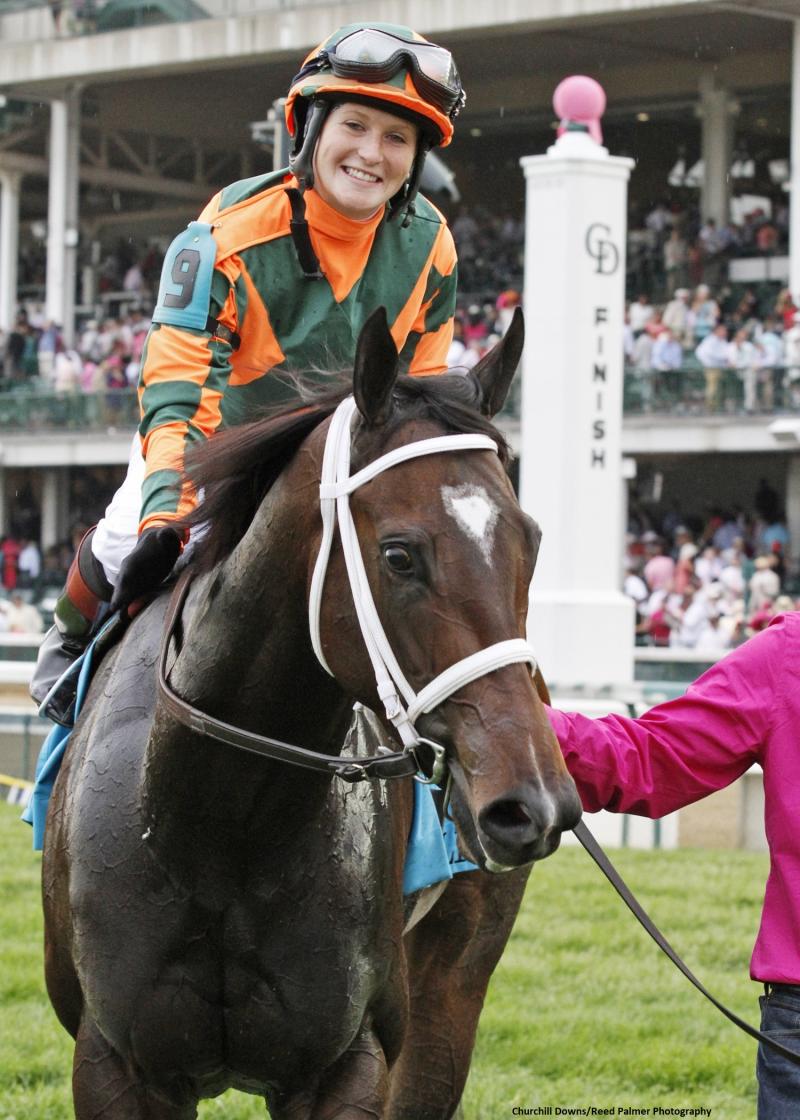 In a career that spanned just a decade, and voluntarily ended at the top of her game in 2014, Rosie Napravnik scored breakthroughs as a female jockey in a male-dominated sport. The first woman rider to win the Kentucky Oaks (G1) and two Breeders’ Cup events, she’s also the first to compete in all three jewels of the Triple Crown. And she did so in consecutive years.

But Napravnik didn’t want to be reduced to a demographic box. With her competitive spirit, studious dedication to pre-race homework, and natural ability to get the most from her mounts, she ranked among North America’s top 10 jockeys by wins twice and by earnings for three straight years. She racked up those impressive stats despite injuries that cost her time on the sidelines.
Napravnik had an equine background in her native New Jersey, but not on the racetrack. Her father, Charles, was a farrier, and her mother, Cindy, trained three-day eventers.
After riding in pony races as a child, Napravnik was captivated by Thoroughbred racing thanks to the documentary film “Jewels of the Triple Crown.” That sparked her determination to become a professional jockey.
Napravnik made a name for herself as a teenager on the Maryland circuit. At 17, she won aboard her very first mount, the Richard Small-trained Ringofdiamonds, at Pimlico on June 9, 2005. The following year, Napravnik was the leading rider at both Pimlico and Laurel. She was in contention for an Eclipse Award as champion apprentice, finishing second in the balloting to Julien Leparoux.

Her career reached a new level at the Fair Grounds in New Orleans, where she became the first woman to capture the Louisiana Derby (G2) aboard Pants on Fire in 2011. Napravnik made history at the same meet by topping the jockeys’ standings – the first of her four consecutive Fair Grounds riding titles.

It was also the Fair Grounds that forged her initial connection with Believe You Can, whom Napravnik guided to her landmark Kentucky Oaks victory in 2012. That same year, she was the regular rider of champion Shanghai Bobby, who clinched his divisional Eclipse Award in the Breeders’ Cup Juvenile (G1).

As Napravnik garnered recognition as an elite jockey, she was often bracketed with Hall of Famer Julie Krone, the first woman to win a Triple Crown race (the 1993 Belmont [G1] with Colonial Affair) and a Breeders’ Cup race. Napravnik surpassed Krone’s record for most earnings in a season ($9.2 million) when her mounts amassed more than $12.5 million in 2012. She bettered her own mark in her last two years in the saddle, earning in excess of $13.2 million in 2013 and $13.5 million in 2014.

Napravnik achieved a milestone not only by riding in all three jewels of the 2013 Triple Crown, but she also recorded the best finishes ever by a woman rider in the first two classics. She guided Mylute to a fifth in the Kentucky Derby (G1) and a third in the Preakness (G1).

Also in 2013, Napravnik was among a select group of jockeys from around the world invited to compete in the Shergar Cup at Ascot. Named captain of the “Girls’ Team,” she nearly scored a win, only to be denied in a photo by the other American representative – Hall of Famer Gary Stevens.

Napravnik compiled a banner year in 2014, repeating her riding title at the ultra-competitive Keeneland fall meet and piloting champion Untapable to a series of major wins. Untapable handed her a second Kentucky Oaks victory, and after their triumph in the Breeders’ Cup Distaff (G1), the jockey made a stunning announcement to her mother in the winner’s circle.
Revealing that she was pregnant, and desiring to raise a family with her husband, trainer Joe Sharp, Napravnik declared her retirement from riding. First child Carson was followed by another boy, Tucker.
Horses remain a vital part of Napravnik’s life. Aside from assisting in Sharp’s barn, including as an exercise rider, she continues her advocacy for aftercare and trains off-the-track Thoroughbreds for new disciplines.

Photo of Rosie Napravnik aboard Believe You Can by Melissa Wirth/Horsephotos.com 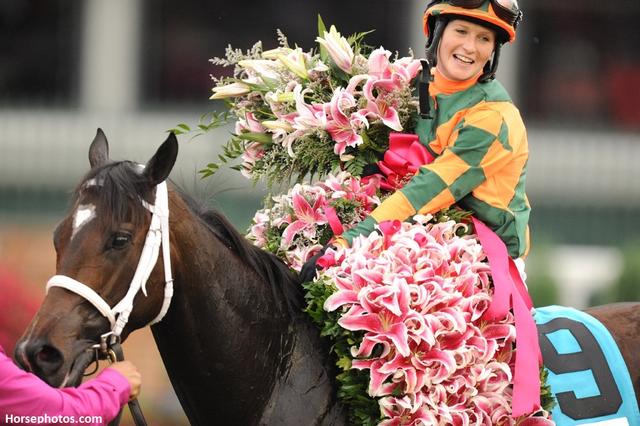