Hog Creek Hustle could be the Iroquois Stakes best bet 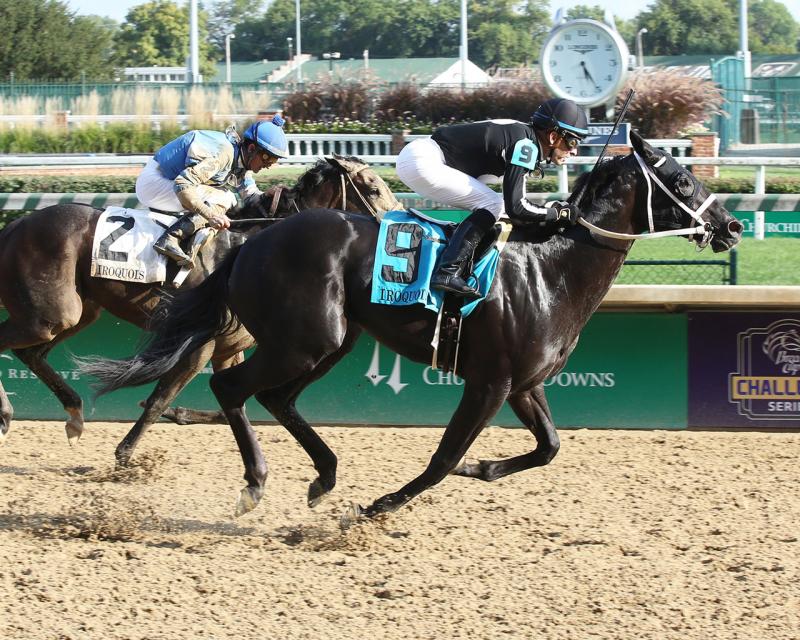 A dozen juveniles will try their luck at Churchill Downs on Saturday in the $150,000 Iroquois Stakes (G3).

#1 MR WRENCH IT – The Lookin At Lucky colt exits a big stakes score in his two-turn bow. The bay colored colt gets a class test Saturday, though.

#2 ROYAL URN – The colt was game in a clever Gulfstream win at first asking. The New Jersey-bred could be a big factor at a decent betting price.

#3 DRUNK AS A SKUNK – A Prairie Meadows maiden victor who will need a big step forward in this full field.

#4 TIGHT TEN – The Saratoga Special Stakes (G2) runner-up has impressed in both of his lifetime outings. This Tapit colt is bred for the distance and the race goes through him and pilot Ricardo Santana, Jr.

#5 MY SIXTH SENSE – The Son of Street Sense was game in leading at every call during an Ellis Park debut win. Trained by Mark Casse, he will be forwardly placed throughout the race with expected improvement.

#6 TOBACCO ROAD – This stakes hero has won two starts in succession and looms large for trainer Steve Asmussen. The Quality Road colt might thrive going a longer distance for the first time.

#7 POLE SETTER – A Brad Cox pupil, he is the wildcard in the field for a high-percentage outfit of connections. The $220,000 juvenile sales purchase tries the dirt after two grassy outings and will be equipped with blinkers.

#8 CAIRO CAT – The trainer Kenny McPeek student made good in an off-the-turf try at Saratoga during his second start. By sire Cairo Prince, the youngster gets Lasix for the initial time.

#9 MANNY WAH – This Wayned Catalano pupil has improved with every start and exits a close third in the Ellis Park Juvenile. The chestnut colored colt has trained well since and retains jockey Channing Hill.

#10 HOG CREEK HUSTLE – A colt by Overanalyze who won at five furlongs on his debut stretches out Saturday. Vickie Foley charge is interesting against this cast of contenders with expected improvement.

#11 SYNTHESIS – West Coast race circuit import was a distant third in the Best Pal Stakes (G2) for trainer Keith Desormeaux. The maiden will need a lifetime best to find a first win.

#12 EVERFAST – This Dale Romans trainee rallied to win at first asking at Ellis Park. The Take Charge Indy colt could be dangerous, but drew the widest starting gate.

Trainer Steve Asmussen looks to hold a strong hand with the duo of Tight Ten and Tobacco Road. But I am going to step outside the box for wagering purposes.

I was very impressed with the debut from Hog Creek Hustle. The $150,000 yearling closed with a rush to graduate with a first win at Ellis Park and gives the impression that he will appreciate the added ground today.

The April born foal is half sibling to a stakes winner who finished third in the 2017 Laurel Futurity. And it’s worth noting that Corey Lanerie stays aboard after piloting Tobacco Road to a stakes triumph most recently. 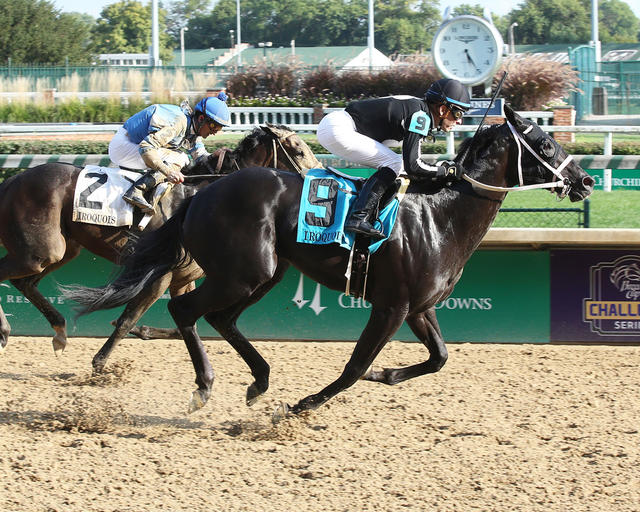