How to find calm in the chaos of the Kentucky Derby

The Kentucky Derby regularly features 20 three-year-olds in the starting gate and finding true win contenders in the field is a difficult task. It involves determining which horses will thrive at a distance that most have never attempted, and which horses have the constitution to handle more opponents than they have ever faced. With Kentucky Derby runners having fewer prep runs before the first Saturday in May nowadays, we have less information at our fingertips.

A few factors can help narrow the 20-horse contingent down to a reasonable number of true win contenders, however. I have noted four essential characteristics when trying to find which horses will challenge for Kentucky Derby glory beneath the Twin Spires at Churchill Downs.

Kentucky Derby winners tend to be in a prominent position by the end of the backstretch/start of the far turn, racing within striking range of the leader before the stretch drive home.

Rallying from the back of a bulky field not only requires dynamic acceleration, an abundance of racing luck is needed. Weaving around 19 other three-year-olds without losing momentum is a daunting task and many late runners never recover after being stopped in traffic. Horses who leave the gate with little-to-no trouble and can stay in touch with the field have an advantage.

Post position is an important factor when determining which horses make the cut. In a race with 20 Thoroughbreds, a clean voyage can be a key element on the path to success and that’s why horses with outside posts have produced the majority of winners in recent years.

The last Derby winner breaking from the innermost post (rail) was Ferdinand in 1986. The most recent winner from post 2, Affirmed, came in 1978. Real Quiet won the 1998 Run for the Roses post 3, the last time it was accomplished from one of three inside post positions.

As five-time Derby-winning conditioner Bob Baffert has stated, "You have to get the trip, and the post is important.”

RELATED: How to bet Keeneland

Experience matters when it comes to Kentucky Derby trainers and is relevant to sifting through the chaos of a 20-horse field, with the top four finishers in the 2019 Kentucky Derby being handled by Hall-of-Fame conditioners.

Since 1995, horses trained by legends D. Wayne Lukas, Baffert, Todd Pletcher, Mott and McGaughey have accounted for 12 of the past 25 winners (48% win rate). Experienced Kentucky Derby trainers know what it takes to win the first leg of the American Triple Crown and are always a benefit.

BRIS Speed numbers play a very important role in paring down your selections. Horses that have posted fast figures in the past often repeat that trend in the Kentucky Derby. Most winners post triple-digit figures in the last two preps, and it’s hard to go wrong in selecting horses who have posted the top BRIS Speed ratings leading up to the first Saturday in May.

Numerous other bits of data can be taken into consideration on Derby Day, but I find that the four items above take precedence. It’s a challenge like no other, but that’s what makes the Kentucky Derby the greatest race in the world! 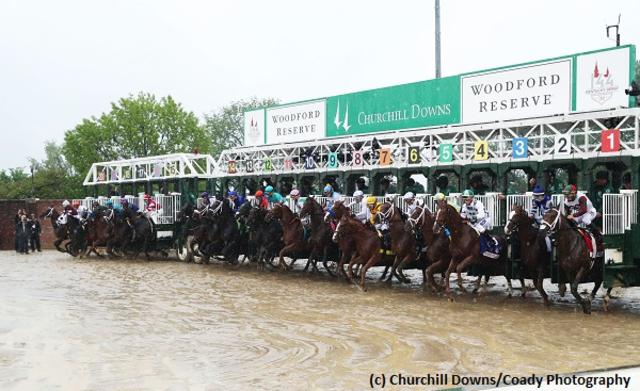