Two unbeaten colts scored graded stakes victories over the weekend, raising their profiles on the road to the Breeders’ Cup Juvenile (G1) and potentially the 2019 Kentucky Derby (G1).

OXO Equine’s Instagrand turned in a scintillating performance in Saturday’s $200,000 Best Pal (G2) at Del Mar. The $1.2 million joint sale topper at Fasig-Tipton’s Gulfstream Sale on March 28, Instagrand romped by 10 lengths in his debut at Los Alamitos. He was the 2-5 favorite that day, and an even more overwhelming 1-10 choice in the Best Pal, where he dominated by virtually the same margin.

Trained by Hall of Famer Jerry Hollendorfer and ridden by Drayden Van Dyke, Instagrand broke sharply on the rail, set the pace, flicked aside his nearest pursuer, and drew off. The blaze-faced bay rattled off six furlongs in 1:10.27, a time fast enough to earn a 100 BRIS Speed rating.

“I was a little bit worried,” Hollendorfer said not so much of the race itself, but of the extra time Instagrand had to wait in the starting gate before his opponents were finished loading. “Some of the colts were acting up, but then they got them in there. He broke good even though he had been standing in there a while, then Drayden got this colt to relax and he did his thing. I think it is an improvement (over his June 29 debut) in that he did it so much easier.”

“Cadillac,” Van Dyke summed up. “I wanted to see if he’d change leads on his own, but in the end I just gave it a little weight shift (to the inside) and he made a perfect change. He’s got the mind of a four- or five-year-old. Professional.”

Hall of Fame jockey Gary Stevens, who rode runner-up Sparky Ville, commented on the gaudy margin: “Don’t even ask me if I could see the winner.”

Now two-for-two by a combined total of 20 1/4 lengths, Instagrand is aiming for the September 3 Del Mar Futurity (G1), and a likely clash with Roadster, touted by Hall of Fame trainer Bob Baffert as a budding star, his next Justify.

“He’ll be facing tougher and tougher competition down the line and we’ll see how far we can go, but he looks good right now,” Hollendorfer said of an energetic Instagrand the morning after. “We’ll look at the Futurity for him, for sure.”

Instagrand is by Into Mischief, also the sire of 2018 Florida Derby (G1) winner and Kentucky Derby third Audible. His dam, Assets of War, is a daughter of Lawyer Ron, the champion older male of 2007 who was 12th in the 2006 Derby behind Barbaro.

At Saratoga on Sunday, the Jason Servis-trained Call Paul had to work harder to prevail as the 4-5 favorite in the $186,000 Saratoga Special (G2).

Coming off a pace-pressing debut score at Delaware Park, Call Paul found himself the hunted at the Spa as he was on the lead. None of his rivals was particularly keen on going forward, so jockey Irad Ortiz Jr. took the initiative on the inside. Tight Ten attended Call Paul and threw down a stretch challenge, lugging in to bump the favorite for good measure. But Call Paul shrugged off the attempted tackle and edged one length clear.

The winner’s time in the Saratoga Special, 1:16.55, was a fraction slower than the 1:16.33 posted by exciting two-year-old filly Feedback in a maiden over the same 6 1/2-furlong distance earlier on the card.

“This horse acts like he'll run further,” said Servis, whose 2018 Derby participant Firenze Fire likewise landed an historic stakes at Saratoga last summer. “I did the same thing with Firenze Fire; broke his maiden, shipped him the day before, and he won the Sanford (G3).”

Servis added that Call Paul may further the parallel by trying the October 6 Champagne (G1), a Breeders’ Cup Juvenile “Win and You’re In” that Firenze Fire captured in 2017.

Call Paul, a $210,000 purchase at Fasig-Tipton Midlantic in May, is campaigned by Michael Dubb, David Simon, Bethlehem Stables, and Bruce Irom. His sire, Friesan Fire, was a roughed-up 18th as the favorite in the 2009 Kentucky Derby, and his dam, the Forestry mare Avanti Force, descends from the family of champion Landaluce. 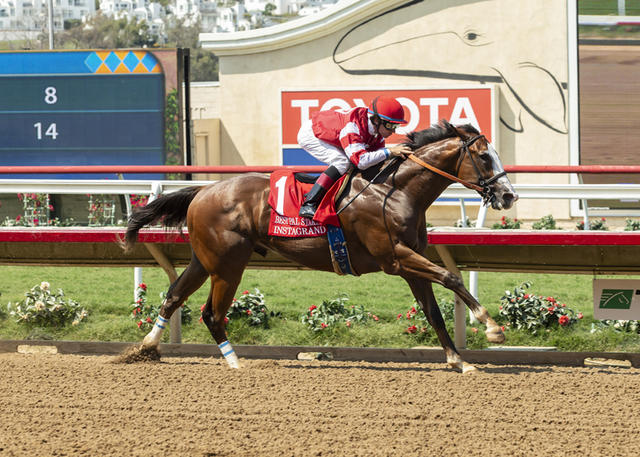