Instilled Regard Wins Lecomte to Move Up Kentucky Derby leaderboard 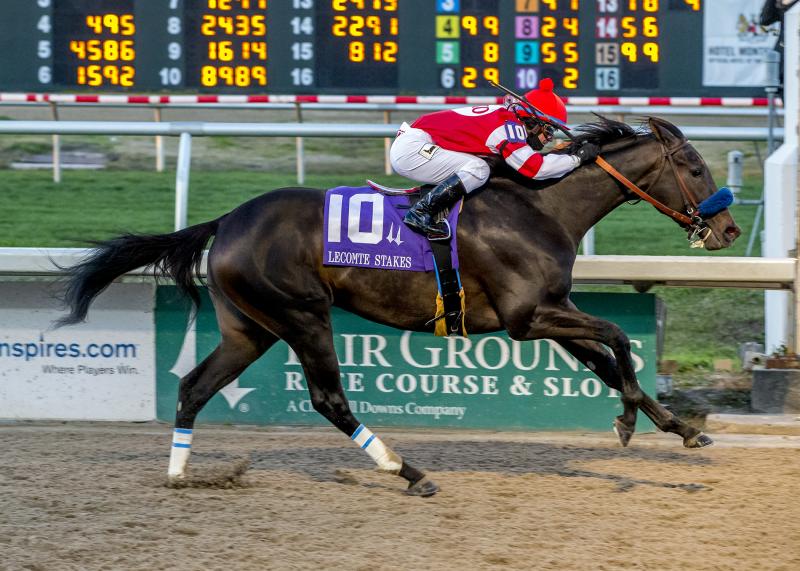 Instilled Regard continued his ascent up the Kentucky Derby (G1) leaderboard with a 3 3/4-length victory in the $200,000 Lecomte (G3) on Saturday at Fair Grounds.

Trained by Jerry Hollendorfer, Instilled Regard shipped east to Fair Grounds from California where he had finished third (placed second) in the Los Alamitos Futurity (G1) seven weeks before his Lecomte score. His previous 4 points plus the 10 for the Lecomte puts him 6th on the Road to the Kentucky Derby series. Two of the horses ahead of Instilled Regard on the points list ran in the Los Alamitos Futurity: next-out Sham (G3) winner McKinzie and Breeders' Cup Juvenile (G1) runner-up Solomini.

"We thought he'd like this track, and the timing was right," Hollendorfer said of his decision to ship to leave California with Larry Best's Arch colt. "We'll ship back to California and then look to come back maybe for the Risen Star (G2)."

Instilled Regard always was close up under jockey Javier Castellano, tracking the pace of longshot Believe in Royalty before moving into position entering the far turn and taking the lead turning for home.

Both Hollendorfer and Castellano are in the Racing Hall of Fame for their respective disciplines, but neither has won the Kentucky Derby.

New to the Kentucky Derby leaderboard after placing in the Lecomte is a trio of runners all trained by another Hall of Famer in Steve Asmussen: Principe Guilherme (2nd, 4 points), Snapper Sinclair (3rd, 3 points), and Zing Zang (4th, 1 point).

Principe Guilherme was second as the 6-5 favorite, and jockey Florent Geroux thinks the outside post played a role in the colt's first defeat.

"We lost some lengths early and had been hoping for better position," Geroux said. "We can improve off this. He showed some fight."

There are now 39 horses to have earned points on the Derby trail so far with another 17 points up for grabs on Monday with the Smarty Jones at Oaklawn Park. 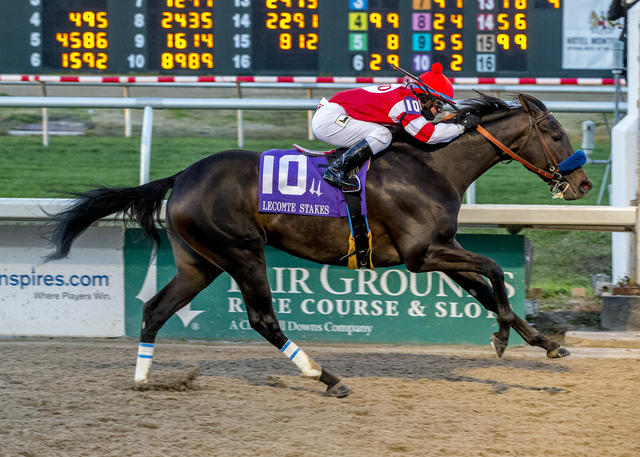