It marked the first start in a Kentucky Derby qualifier for the unbeaten son of Curlin and Irish War Cry has run fast in all three career starts for Kentucky Derby-winning conditioner Graham Motion.

Irish War Cry took control entering the first turn of the Holy Bull, opening a short lead through an opening 6-furlongs in 1:11.87 before accelerating well clear off the far turn. The chestnut raced several paths off the rail the entire way and completed 1 1/16 miles with seemingly plenty left under Kentucky Derby-winning jockey Joel Rosario.

Gunnevera, a multiple graded stakes winner at 2, was forced to check on the far turn but never threatened the winner. He earned a 97 BRIS Speed figure, one point higher than he received posting a convincing victory in the Delta Jackpot (G3) in his juvenile finale.

Classic Empire came up flat in his first appearance since winning the Breeders’ Cup Juvenile (G1) at Santa Anita. The unanimous 2-year-old champion tried to challenge on the far turn before weakening to third, 8 ¾ lengths behind the winner after being washy in the post parade and initially refusing to load.

Irish War Cry rallied to win his career debut going 6-furlongs at Laurel Park in mid-November, garnering a 99 BRIS Speed rating for the 4 ½-length score. He came back to lead wire-to-wire in the 7-furlong Marylander at Laurel on New Year’s Eve, gamely repelling a seasoned foe by a nose and notching a 100 Speed number. He's netted triple-digit BRIS Late Pace ratings in every start, receiving a 105 in the Holy Bull.

The New Jersey-bred colt has developed into a major player and will try to keep showing more in the March 4 Fountain of Youth (G2) at Gulfstream. 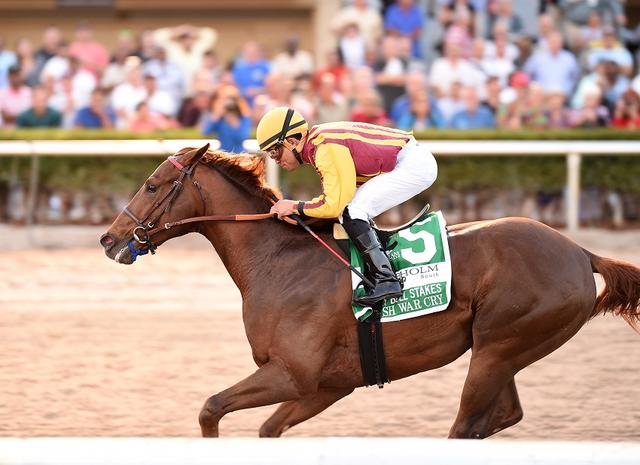