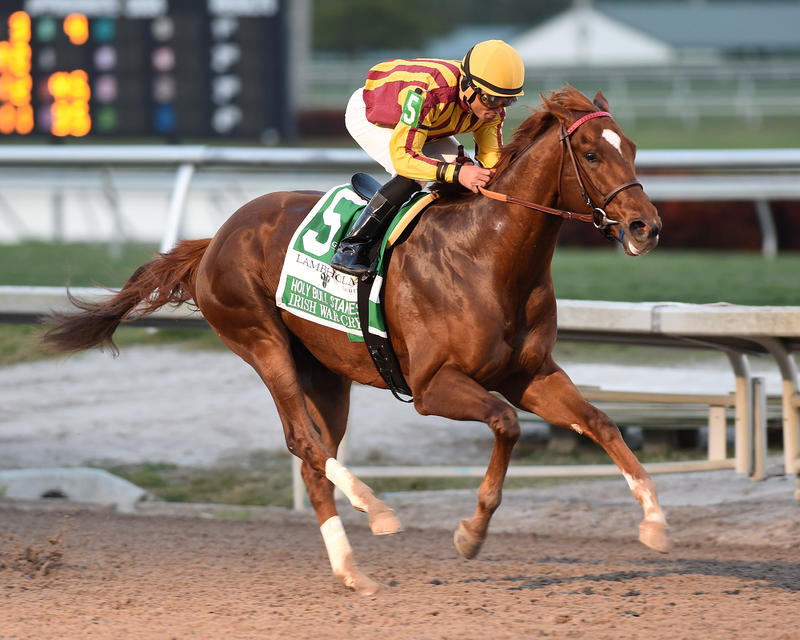 Irish War Cry made a name for himself by capturing his first three career starts, including the Holy Bull Stakes (G2) at Gulfstream Park by 3 3/4 lengths on February 4. Off that easy win, the Graham Motion trainee was sent off the even-money favorite in the Fountain of Youth Stakes (G2) on March, but faded badly in the stretch to be seventh on the wire.

On Saturday, Irish War Cry returns in the $750,000 Wood Memorial Stakes (G1) at Aqueduct to face seven rivals. The Wood Memorial is part of the Road to the Kentucky Derby series of points races and will award the respective top four finishers with 100-40-20-10 points toward a starting berth in the May 6 Kentucky Derby (G1).

Irish War Cry needs those points if he hopes to make the Derby field. The chestnut son of Curlin currently only boasts 10 points, thanks to his Holy Bull victory, and is 31st on the Kentucky Derby Leaderboard. The New Jersey-bred will be making his Aqueduct debut in this spot as well as stretching out to 1 1/8 miles for the first time.

Despite having never faced stakes rivals, one of the main contenders in the Wood Memorial is Battalion Runner. The Todd Pletcher trainee romped by 8 3/4 lengths to break his maiden at Gulfstream Park on New Year’s Eve and returned February 3 to take a 1 1/16-mile allowance/optional claimer by 1 1/4 lengths. The Unbridled’s Song trainee has no Kentucky Derby points at this point and needs at least a runner-up finish in this spot if he hopes to make the Run for the Roses.

Mo Town needs a top three finish to help his chances to make the Derby field. The Tony Dutrow pupil broke his maiden by seven lengths last September at Belmont Park before taking the Remsen Stakes (G2) and earning 10 points toward a Derby berth. The Uncle Mo colt has made just one start this year, finishing fifth in the Risen Star Stakes (G2) at Fair Grounds, and returns to New York for this one under Javier Castellano.

Cloud Computing, True Timber and Bonus Points have all competed in the Aqueduct preps leading up to the Wood Memorial. The former broke his maiden on February 11 and then ran second in the Gotham Stakes (G3) a month later. True Timber was third in the Jerome Stakes (G3), second in the Withers Stakes (G3) and fifth in the Gotham in his past three. Bonus Points was 11 lengths back in second in the Jerome and finished fourth in the Withers most recently. Each runner will be trying to improve his performance in this spot.

Stretch’s Stone is making his stakes bow in the Wood Memorial after running second by a neck before being placed first via disqualification in an allowance/optional claimer going 1 1/16 mils at Aqueduct on February 24.

Glennrichment completes the Wood Memorial field after breaking his maiden by 4 1/4 lengths on March 5. 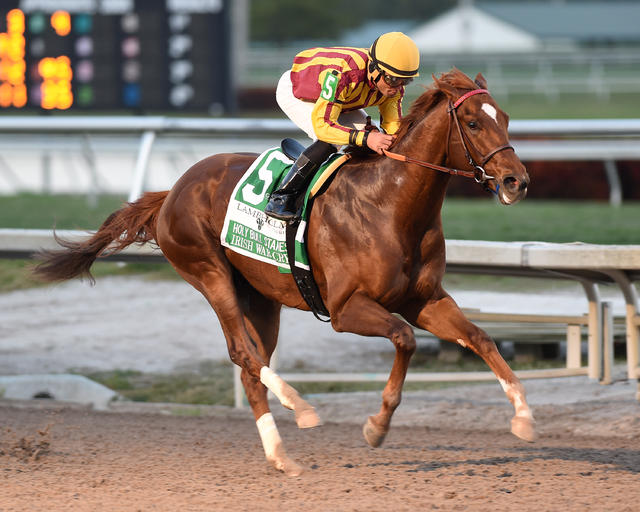