Iroquois selections from our experts 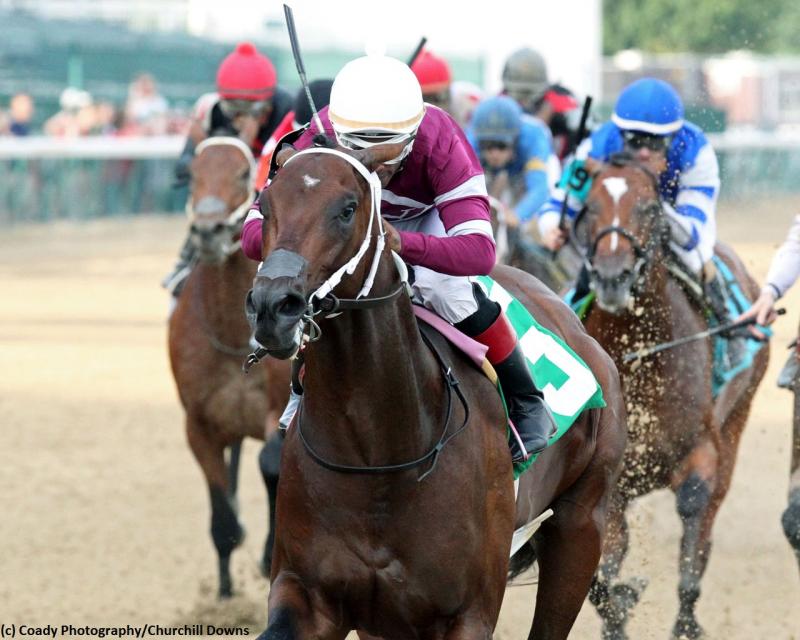 The Road to the Kentucky Derby begins Saturday with the Iroquois Stakes (G3) at Churchill Downs, and TwinSpires.com’s panel of experts have examined the 1 1/16-mile contest in hopes of kicking off the Kentucky Derby season with a winner.

FREE Brisnet.com PPs for the Iroquois!

If consensus is what you’re seeking, then look no further than James Scully, Joe Kristufek, Ed DeRosa and Kellie Reilly. All four have chosen 2-1 morning-line favorite TIGHT TEN (#4), who broke his maiden by 4 1/4 lengths while making his career debut at Churchill Downs on June 28. Last out, the bay son of Tapit finished second in the Saratoga Special Stakes (G2) for trainer Steve Asmussen.

What our Panel of Experts have to say:

“Tight Ten impressed when leading wire-to-wire in debut at Churchill Downs and looks ready to fire a big effort in the Iroquois (G3) following a commendable second in the August 12 Saratoga Special (G2). Steve Asmussen-trained colt bobbled at the start last time but still registered a field-best 92 BRIS Speed rating, and Tight Ten should appreciate stretch out to two turns with his bloodlines. Ricardo Santana Jr. rides the front-running son of Tapit.”

“Steve Asmussen told me this spring that this is his deepest crop of two-year-olds and I believe that Tight Ten is at the head of the pack when it comes to the most precocious juveniles in his barn.”

“Tight Ten won on debut at Churchill and looked OK when second in his stakes debut. The stretch to two turns should be no trouble for leading Derby trail sire Tapit, though trainer Steve Asmussen was blanked on the Road to the Kentucky Derby last year. For a longshot play underneath, Royal Urn (#2) is interesting shipping in for Michele Nihei off a professional debut kicking on behind a fading loose leader.”

Scott Shapiro, John Mucciolo and Adam Spradling are all looking beyond the early choice in their picks – MY SIXTH SENSE (#5), HOG CREEK HUSTLE (#10) and TOBACCO ROAD (#6), respectively.

My Sixth Sense will try to outrun his 10-1 morning-line odds for trainer Mark Casse while making his second career start. The bay son of Street Sense wired an Ellis Park maiden going seven furlongs in his only start to date on August 12.

“The son of Street Sense overcame a slow break from the rail on debut to win by a length in the end. The Mark Casse trainee is bred to go two turns and should provide solid value after winning on first asking at Ellis Park.”

Hog Creek Hustle comes from the shedrow of Vickie Foley and broke his maiden at first asking on August 18 over Ellis Park’s main track. The Overanalyze juvenile is 10-1 on the morning line.

“I was very impressed with the debut from Hog Creek Hustle. The $150,000 yearling closed with a rush to graduate with a first win at Ellis Park and gives the impression that he will appreciate the added ground today.”

Finally, Tobacco Road is listed at 6-1 on the morning line off a rallying victory in the Ellis Park Juvenile Stakes. Also from Steve Asmussen’s barn, the Quality Road colt broke his maiden in his second outing on July 29.

"I tend to always place a bet in some form or fashion with Asmussen on dirt at Churchill Downs, but with Winchell’s Tight Ten odds being unsavory, definitely hitching a ride aboard the Tobacco Road. He seems consistent in pace, which means he won’t burn up early and his BRIS Prime Power and Class ratings are top three. All that said, he looks to be gradually improving and his sire could get the distance." 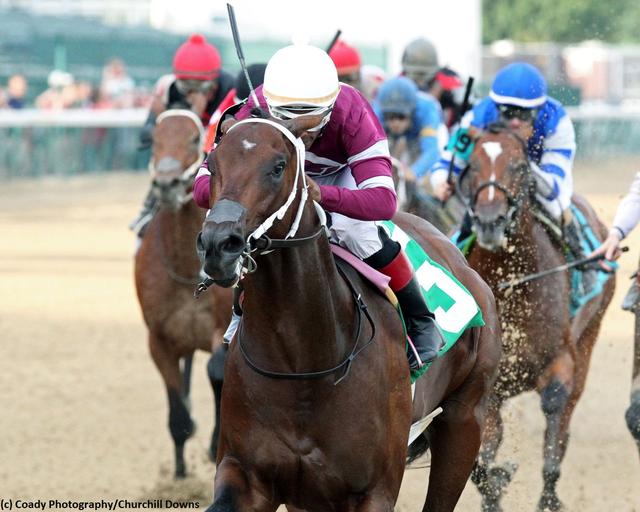