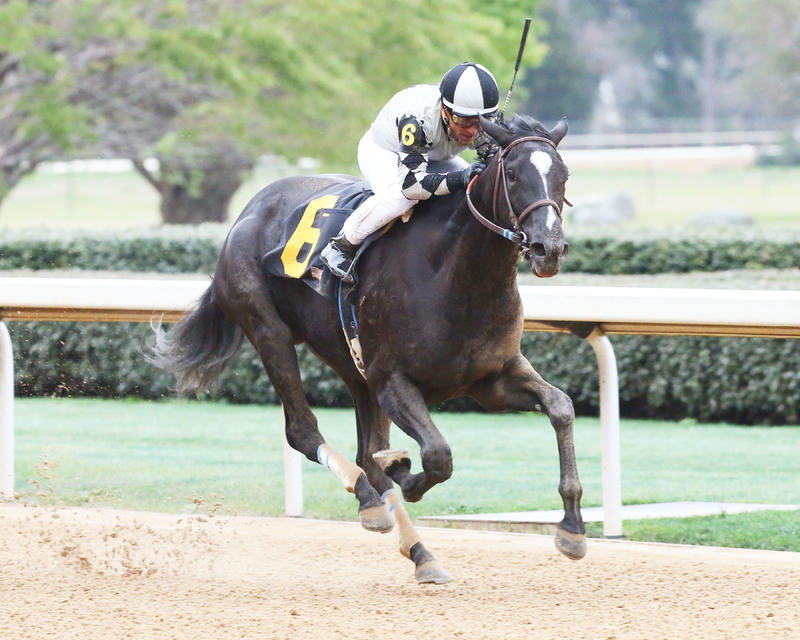 Tommy Town Thoroughbreds’ It Tiz Well refused to back down in the stretch of Saturday’s $200,000 Honeybee Stakes (G3) at Oaklawn Park, finishing one length in front of Benner Island to earn her first stakes victory.

That saw the Jerry Hollendorfer trainee catapult from 24th position on the Kentucky Oaks Leaderboard all the way to fourth. The Honeybee is part of the Road to the Kentucky Oaks series of points races and awarded 50-20-10-5 to the respective top four finishers on Saturday.

It Tiz Well ran 1 1/16 miles in 1:42.61 to earn the majority of those points under jockey Corey Nakatani as the near 3-1 second choice. She was followed under the wire by Benner Island, who was sent off at 22-1 and now makes her Leaderboard debut with in seventh with 20 points.

It was another 3 3/4 lengths back to 9-5 favorite Elate in third, which saw her make a first appearance on the Kentucky Leaderboard in 17th position with 10 points. She stuck her neck in front of Tapa Tapa Tapa on the wire to gain a measure of revenge after running second to that rival in the Suncoast Stakes last out. Tapa Tapa Tapa proved best of the early runners, holding fourth by three parts of a length to take home five points and the 22nd spot on the Leaderboard.

It Tiz Well was making just her second stakes try in this spot. The dark bay daughter of Arch broke her maiden by 10 lengths at Los Alamitos on December 18 and then faced stablemate star Unique Bella in the January 8 Santa Ynez Stakes (G2). She reputed herself well in second that day and returned a 3 3/4-length winner on February 3 against allowance/optional claiming rivals.

Shipping outside of California and stretching past seven furlongs in this spot, both for the first time, It Tiz Well improved her career record to read 5-3-1-1, $226,840. Bred in Kentucky by Allen and Susan Branch, she is the first registered stakes scorer out of the dual stakes-winning Tiznow mare It Tiz, who is a half-sister to Canadian champion Solid Appeal.

“(Trainer) Jerry (Hollendorfer) has had a lot of confidence in her obviously. He ran her against Unique Bella a couple starts back. He thought this would be a good spot to get her away from her and get her around two turns.

“We’re getting closer to the Kentucky Oaks (G1). She’s not going to find any easy spots and obviously this wasn’t. It was a good test for her. Jerry knew Corey (Nakatani) knows Oaklawn. He had good tactical filly and could set her wherever he needed to be. That was the instructions, to just get the best trip he could.”

“She is a nice filly. I have always thought high of her. Thank you to Jerry (Hollendorfer) and the owners Tommy Town Thoroughbreds for giving me a chance to ride her. She is special filly and I felt the farther she went the better she would get. Unique Bella is possibly the best three-year-old in the country and these have a little ways to go to catch up to her. (It Tiz Well is) on the right path and doing the right things and I want to think Jerry one more time for giving me the opportunity.”

“(Owner) Mr. (John Ed) Anthony wanted to try this spot. We knew last time, that wasn’t her. I don’t know if she just needed the race off the layoff last time. It was her first time going around two turns. She caught the outside last time. She was in the 8 or 9 hole last time. Didn’t get a break today being in the 11 hole. I’m not making excuses. We were compromised a little with ground loss around both turns today. But she stepped up and ran the way she trained since we had her last spring. She’s a nice filly and we think a lot of her.”

“She is a very nice filly and was running her eyeballs out. We drew a tough post and she overcame the post, but I think that cost us a little bit in the race. In the end we just got out run in the stretch.”

“She ran well. She broke slow and that hurt us. She had to make up a lot of ground today. She is a very nice filly and is improving each race.” 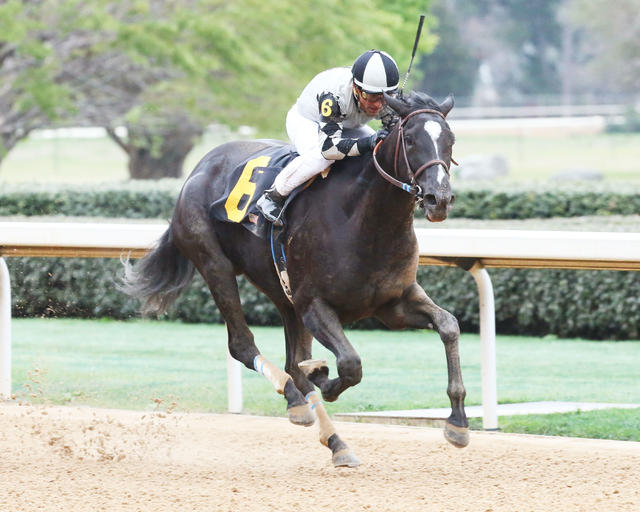