Japan Road: Combustion fires up the fence in Hyacinth Stakes 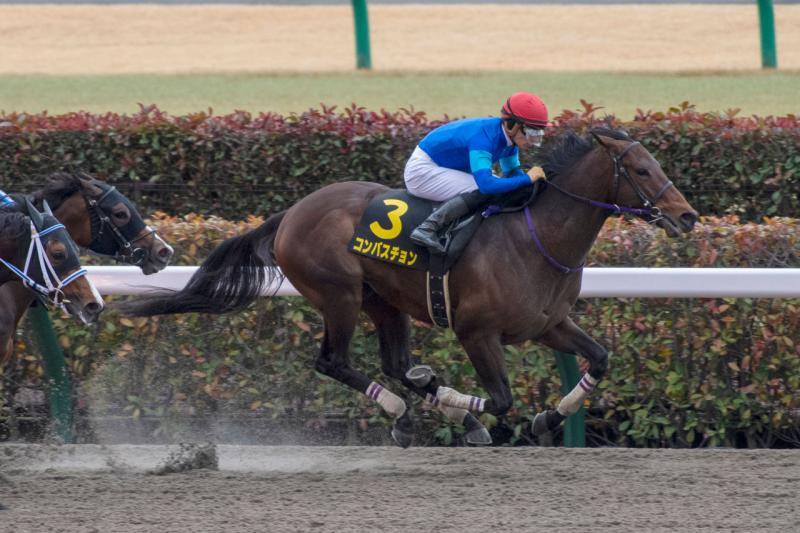 Godolphin’s Combustion burst through on the inside to capture Sunday’s Hyacinth S. at Tokyo, worth 30 points to the winner on the Japan Road to the Kentucky Derby. Although not an early Triple Crown nominee, Combustion could go for points on the main leaderboard in the Mar. 26 UAE Derby (G2) next.

The Keizo Ito trainee was sent off as the 2.60-1 second choice after a runner-up effort in the last Japan Road race, the Dec. 15 Zen-Nippon Nisai Yushun at Kawasaki. The other Japan Road placegetter in the Hyacinth, the 10-1 Geraldo Barows, was coming off a rallying third in the Nov. 27 Cattleya S. at this track and metric mile trip. Once again in the Hyacinth, Geraldo Barows would close late and come up just short at the wire.
Under Breeders’ Cup-winning jockey Yuga Kawada, who guided champion Loves Only You to a thrilling victory in last November’s Filly & Mare Turf (G1) at Del Mar, Combustion was well placed early from post 3. The son of 2006 UAE Derby romper Discreet Cat was nestled a couple of lengths behind pacesetting filly Sea Vixen, who continued to lead into the stretch.
Kawada saved every inch of ground, and with enough room to maneuver inside of Sea Vixen, Combustion delivered a rail-skimming rally to take command. Geraldo Barows reduced the margin, but Combustion safely held by a neck. His final time was a stakes-record 1:35.3 on the muddy track that was playing quick.
Geraldo Barows earned 12 points, and combined with his two points from the Cattleya, he now has 14 in all. That makes him the top scorer among Triple Crown nominees on the Japan Road, although Combustion would be the overall leader with 38 points.
Sea Vixen reported home another 1 1/4 lengths back in third. Her finish is eligible for six points, but the daughter of Into Mischief is not Triple Crown-nominated. Fourth-placer El Paso, however, is a Triple Crown nominee who picked up three points. Blitz Fang, the slight 2.1-1 favorite, was a non-threatening ninth.
A homebred from Darley’s Japan operation, Combustion sports a mark of 5-3-2-0. The bay won his first two starts, a June 27 newcomers’ race at Tokyo and a Sept. 20 Chukyo allowance, before placing second in the Nov. 25 Hyogo Junior Grand Prix at Sonoda and the aforementioned Zen-Nippon Nisai Yushun.
The May 12 foal is out of the Pyro mare Smoldering, who is a half-sister to multiple Japanese dirt stakes winner Fashionista.
The Japan Road concludes with the Mar. 26 Fukuryu at Nakayama, offering points on a 40-16-8-4 basis.

A past Japan Road star, 2020 Hyacinth winner Cafe Pharoah, also won at Tokyo on Sunday. The son of American Pharoah equaled the track record when scoring a repeat victory in the February S. (G1), a "Win and You're In" for the Breeders' Cup Classic (G1).