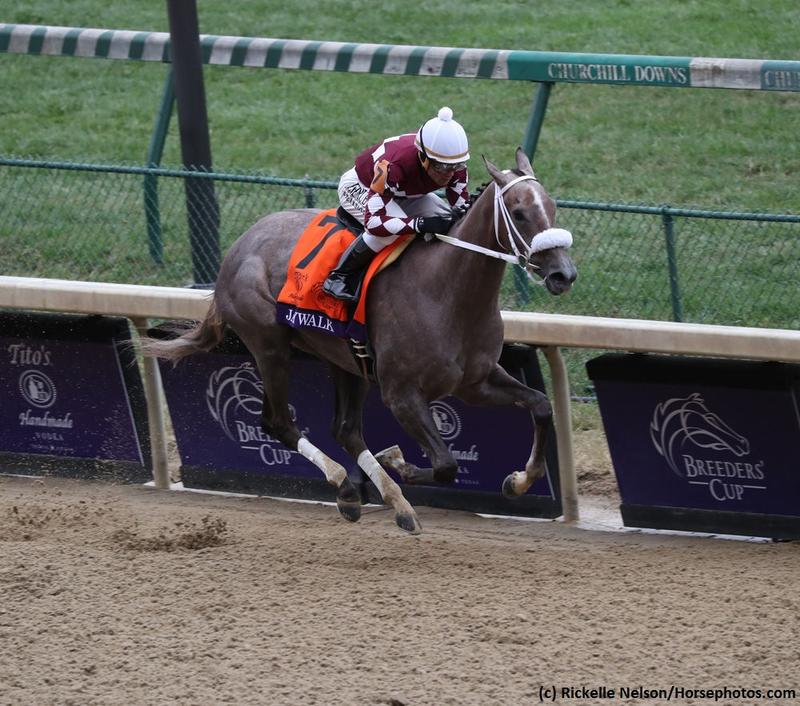 Reigning champion juvenile filly Jaywalk kicks off her sophomore campaign Saturday in the $200,000 Davona Dale (G2) at Gulfstream Park in which she'll have to break from the tricky post position 1 in the one-turn mile Road to the Kentucky Oaks prep.

Burnish her championship qualifications with blowout wins in the Frizette (G1) at Belmont Park and the Breeders' Cup Juvenile Fillies (G1) at Churchill Downs last fall, Jaywalk faces just six rivals in her comeback, for which she was made the 2-5 morning line favorite.

"She hasn't grown a whole lot. The time off did her a lot of good, though, I think mentally," trainer John Servis said. "She put on a little bit of weight. I'm really happy with where she is right now, so it was mission accomplished.

"Our first big goal is going to be the Oaks, so we're concentrating on that. Do I want her peaking on March 2? No, I don't. But, she's doing well. She doesn't have to be in front. She can press, but she's sharp so I expect her to be close. And, I expect her to run well."

Among the front-running Jaywalk's rivals is Champagne Anyone, who rebounded from a fourth-place try in the Golden Rod (G2) in the slop last November to finish a close third in the seven-furlong Forward Gal (G2) last month.

"The further the better for her. I used the seven-eighths as a kick off to the year just to stay in rhythm and build toward the Oaks," trainer Ian Wilkes said. "I thought it was a very encouraging race, to close on the Gulfstream track like she did. She put herself a little bit handier in the race, which was a new dimension for her. She wasn't out the back door, and I thought she ran a very game race. I couldn't have been any happier with her effort."

High Regard makes her seasonal reappearance after finishing third in the Golden Rod behind Liora and Restless Rider in her juvenile finale. Coming off a slightly longer break is Bold Script, who won or placed in all five her starts at two, including a convincing score in the $225,000 Princess Elizabeth for Canadian-breds. The Davona Dale will be her first start on dirt.

Cookie Dough showed a fondness for the surface last season winning two of the three filly divisions of the Florida Sires Stakes, but will need to quicken against this kind of field.

The Davona Dale offers Kentucky Oaks qualifying points of 50-20-10-5 to the top four finishers. The race can be watched and wagered on at TwinSpires.com. 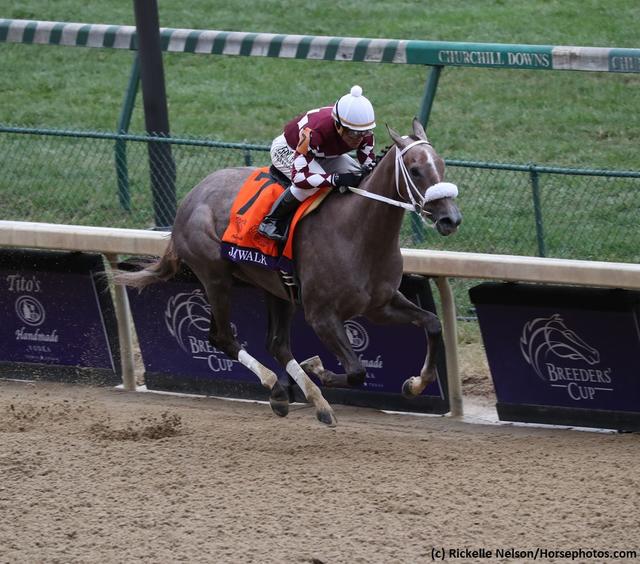