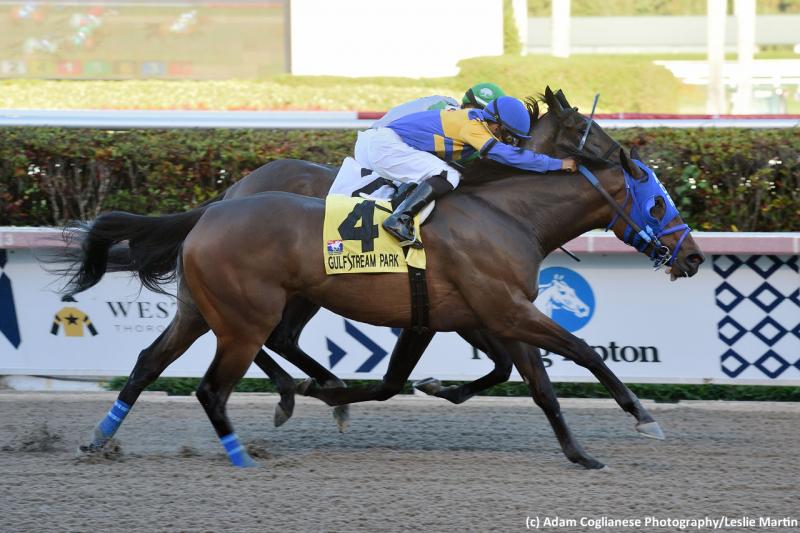 Champion juvenile filly Jaywalk turned in the worst finish of her six-race career while Jeltrin posted a 51-1 upset of Saturday's $200,000 Davona Dale (G2) at Gulfstream Park.

Switched out to the two path leaving the chute soon after the start, Jaywalk tracked in second behind pace-setting Cookie Dough through fractions of :24.21, :47.41, and 1:12, but when called on for run at the quarter pole came up empty.

Cookie Dough, a 13-1 chance, opened up slightly in mid-stretch but was ultimately worn down by outsider Jeltrin, who had began her career in maiden claimers and had entered the Davona Dale off two fourth-place efforts. The winning margin was a head.

Owned by ADR Racing Stable and trained by Alexis Delgado, Jeltrin paid $105 after completing one mile in 1:36.83 over a fast track under Luis Saez. Champagne Anyone, 4 1/2 lengths behind Cookie Dough rallied for third, while Jaywalk retreated to fourth.

Second for a $30,000 tag in her debut and an eight-length winner for a $50,000 claiming price at Gulfstream Park West second out, Jeltrin finished a distant third in an optional claiming/starter allowance in her juvenile finale. This season, the bay finished fourth in both the restricted $75,000 Glitter Woman and Forward Gal (G3). Her record now stands at 6-2-1-1, $158,588.

Bred in Kentucky by Kidder, Cole, Griggs, and Griggs, Jeltrin was a $7,000 Keeneland September yearling. She's by Tapizar and out of Song to the Moon, by Successful Appeal, and is a half-sister to Purple Heaven, who was multiple stakes-placed in Canada. 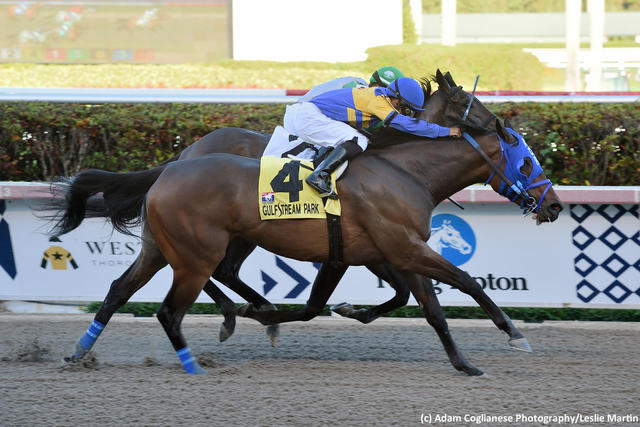