LOUISVILLE, Ky. - February 23, 2021 – Churchill Downs Racetrack today announced that Master Milliner and owner of Louisville-based Formé Millinery Jenny Pfanenstiel has been named a Featured Milliner of the 147th Kentucky Derby presented by Woodford Reserve. Pfanenstiel is renowned throughout the world for her dedication to craft and quality in her one-of-a-kind creations. Her hats and fascinators for women and men are available at the Formé Millinery Hat Shop in downtown Louisville, specialty boutiques around the world and at www.formemillinery.com.

Pfanenstiel is internationally recognized for her award-winning craft of creating and sculpting hats by hand using the highest quality and rare materials from across the globe. She incorporates traditional millinery techniques and is known for her unique practice of sculpting hats on a braid machine from the 1800s, making her a perfect fit for the oldest continually held sporting event in North America.

“As a milliner who respects the storied history of my own craft, it is thrilling to partner with an iconic and historic event like the Kentucky Derby,” said Pfanenstiel. “The tradition of hats at the Derby is just one of the distinctive things that make it such a sensational spectacle and it is an honor to collaborate on one-of-a-kind pieces that add to the beauty and special memories associated with America’s Greatest Race.”

Pfanenstiel has created hats for some of the world’s most fashionable people including Former First Lady Michelle Obama, Oprah Winfrey, Madonna, Neil Diamond and Barbara Corcoran from the TV show “Shark Tank.” She is the Official Milliner of the Kentucky Derby Museum and a Featured Milliner of the Keeneland Racetrack in Lexington, KY. She has created exclusive hat collections for vineyard vines, Covet Fashion Style App, J Peterman, American Express, Goodman Theatre and the Joffrey Ballet and is a hat designer for McCall Patterns. In 2019, she was selected as a Tory Burch Fellow through the Tory Burch Foundation as a woman entrepreneur. She is also the author of the book, “The Making of a Milliner.”

“It is an honor to feature Master Milliner Jenny Pfanenstiel who is based in Louisville, Kentucky – the home of the Kentucky Derby,” said Mike Anderson, President of Churchill Downs Racetrack. “The artistry and talent that she pours into each design contribute in a memorable way to the overall ambience of The Run for the Roses.”

The $3 million Kentucky Derby takes place on the first Saturday in May at historic Churchill Downs in Louisville, Kentucky.  Inaugurated in 1875, the legendary 1 ¼-mile race for three-year-olds is the oldest continuously held major sporting event in North America and the first leg of horse racing's Triple Crown series. Known as the "The Run for the Roses," "The Most Exciting Two Minutes in Sports" and "America's Race," the Kentucky Derby is the most attended horserace in the nation. 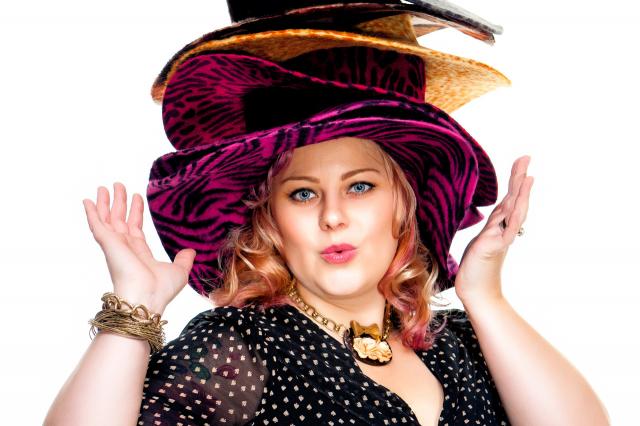