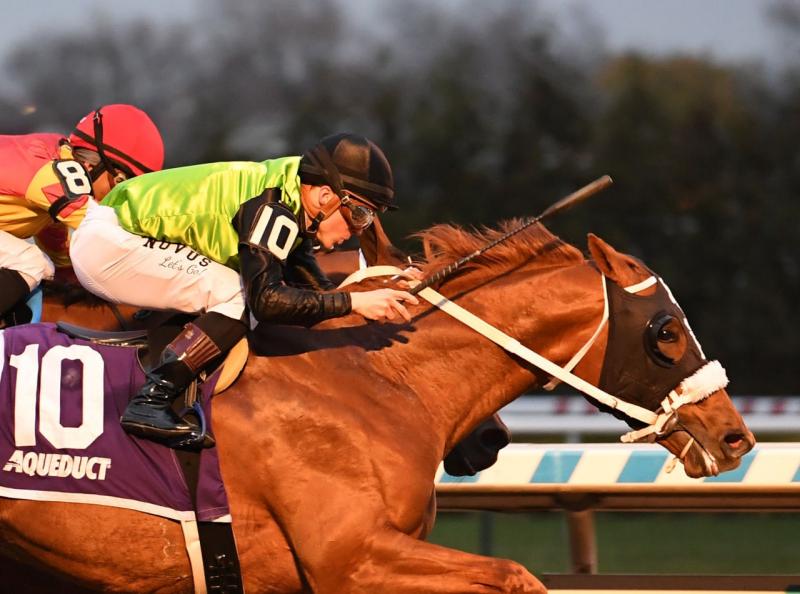 Saturday’s trio of Kentucky Derby (G1) points races begins with the $150,000 Jerome S. at Aqueduct. Eight aspiring sophomores have entered the one-mile affair set for 3:50 p.m. (ET). Like the ensuing scoring events on New Year’s Day – the Smarty Jones S. at Oaklawn Park and the Sham (G3) at Santa Anita – the Jerome is worth points on the 10-4-2-1 scale.

Cooke Creek comes off a clear second in the Nov. 7 Nashua (G3) to Rockefeller, who is arguably the one to beat later Saturday in the Sham. Trained by Jeremiah O’Dwyer, Cooke Creek was previously unbeaten with victories in a sprint maiden and the Oct. 16 Rocky Run S. at Delaware Park. The well-bred son of Uncle Mo and Genre (a Grade 3-winning Bernardini mare) is drawn on the rail with a returning Manny Franco.
Mr Jefferson is the lone contender with experience in a Derby points race, having finished a distant fourth behind Mo Donegal and Zandon in the Dec. 4 Remsen (G2). The Michael Trombetta trainee had won both of his prior starts on dirt, however, in a Colonial Downs maiden and a Laurel allowance. The cutback in trip could also help the Constitution colt get a better pace set-up than the slowly-run Remsen.
Ohtwoohthreefive, who has competed exclusively on turf so far, just missed in the Nov. 27 Central Park S. Although out of a Galileo mare from a turf-oriented family, Ohtwoohthreefive could take his game to dirt effectively as a son of 2012 Belmont (G1) star Union Rags.
Blueblood Courvoisier, by Tapit and out of champion Take Charge Brandi, steps up from a maiden score for Kelly Breen. The $600,000 Keeneland November weanling took four tries to earn that first win, but did so in his first appearance on this track. Jose Ortiz picks up the mount.
Hagler has won his past two, including a Dec. 16 allowance here, and the Rudy Rodriguez pupil projects speed from his outside post. Also likely to be involved in the early pace is Smarten Up, who invades from Parx after a nine-length maiden romp.
Unbridled Bomber rallied in time to break his maiden over Belmont Park’s one-turn mile, while stakes-placed Ohio-bred Rumble Strip Ron was most recently runner-up in a $50,000 claimer at Churchill Downs. The winner of that race, Kavod, captured the Advent S. next out at Oaklawn, and will try to carry his speed later Saturday in the Smarty Jones. 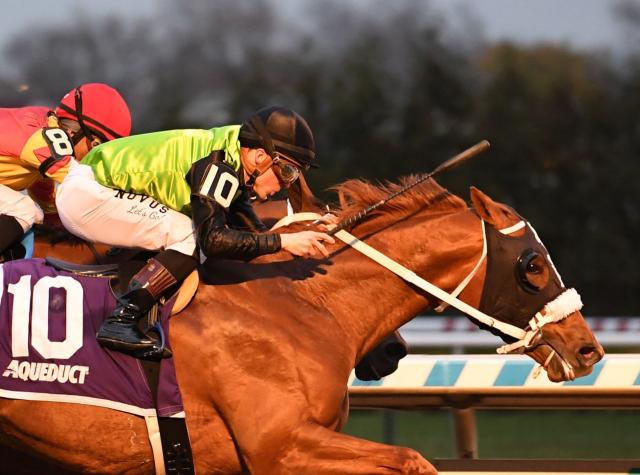