Justify on his way to Kentucky after Santa Anita Derby score 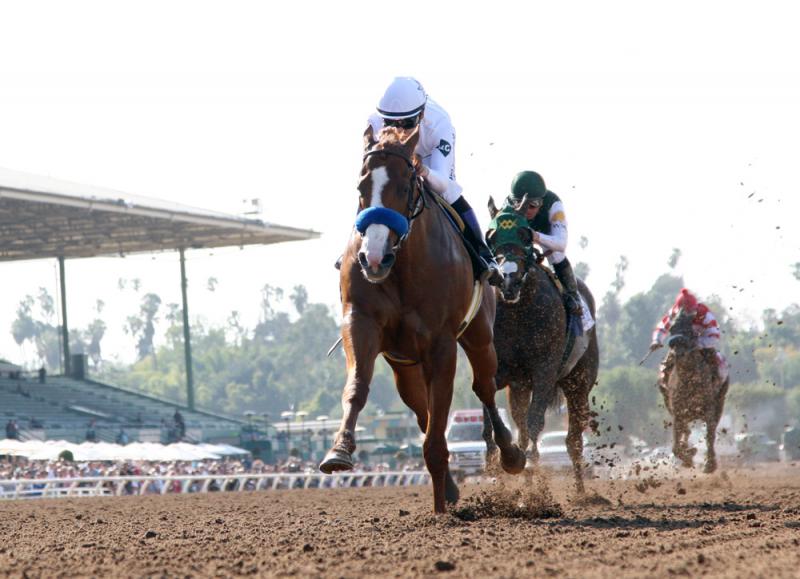 In his one and only shot at securing a berth in the Kentucky Derby (G1), not only did Justify ace the test but possibly made himself the favorite for next month's Run for the Roses with a sterling, wire-to-wire victory in Saturday's $1 million Santa Anita Derby (G1) for trainer Bob Baffert.

Making just his third career start after winning a February 18 maiden by 9 1/2 lengths going seven furlongs followed by a 6 1/2-length allowance win over a mile March 11, Justify was sent to the lead as expected under Mike Smith and was left uncontested while setting fractions of :23.96, :47.85, and 1:12.61. The 9-10 favorite was chased from second by 11-10 second choice Bolt d'Oro, who narrowed the gap from three lengths to 1 1/2 lengths on the far turn.

In the stretch, Bolt d'Oro moved outside then back inside of the long-time leader in the hopes of wearing him down, but Justify proved too resilient as he extended his lead back up to three lengths at the wire. The final time for nine furlongs on a fast track was 1:49.72.

"What you’re seeing right now is really just raw talent. He’s got so much room to grow and to even get better, believe it or not," Smith said. "I think this race is going to put a lot more bottom into him. He handled a mile and an eighth really well and like I said what you’re seeing right now is just raw talent. If he moves forward off of this race, which he should, then it’s even kind of scary to talk about."

Javier Castellano, the rider on Bolt d'Oro, was happy with his colt's performance in light of the circumstances.

"This was Justify’s game plan and it suited him, his ability to be able to go to the lead. I had to try and catch him today," Castellano said. "I think it will be interesting in the [Kentucky] Derby because I think there will be more speed, it will be interesting. It will suit my horse, he’ll be able to sit off that faster pace but I’m still very satisfied with today and my horse’s performance."

As part of the Road to the Kentucky Derby series, qualifying points of 100-40-20-10 were distributed to the top four finishers. Justify earned his initial 100 points, while Bolt d'Oro, who happened to grab a quarter in his right front during the running, improved his total to 104. Core Beliefs earned his first 20, while Instilled Regard's total is now at 29.

Justify, who has earned $666,000, will be seeking to become the first horse unraced at two to win the Kentucky Derby since Apollo in 1882.

By the late Scat Daddy, Justify was reared by the Grade 3-placed Stage Magic, by Ghostzapper. He was bred in Kentucky by Thomas J. Young and most recently sold for $350,000 at the Barretts March two-year-old sale. 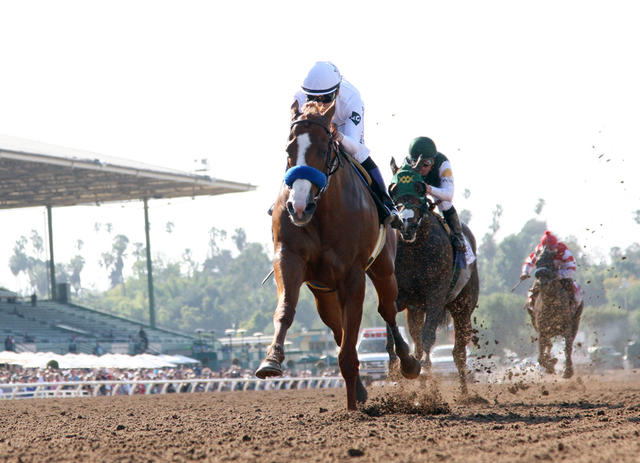