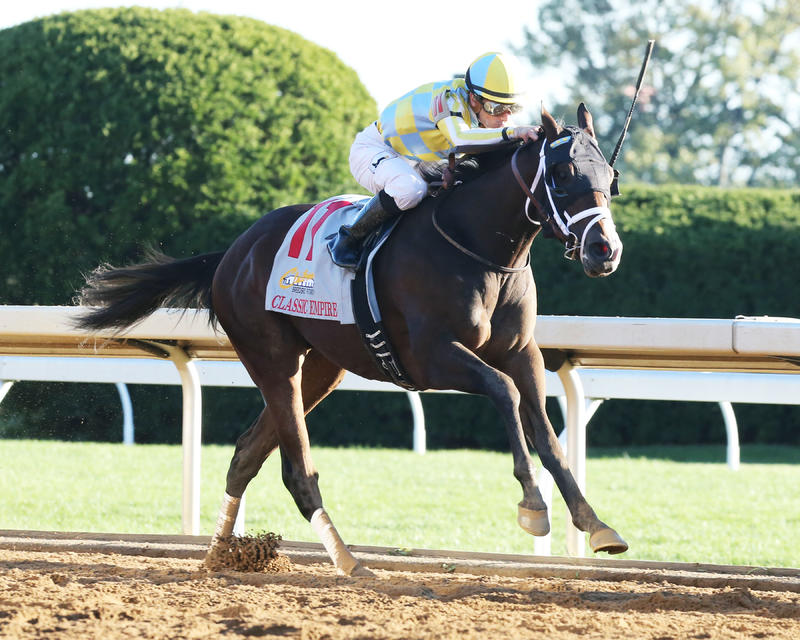 A week after no clear standout emerged from three important Kentucky Derby (G1) preps, the door is open for reigning juvenile champion Classic Empire to re-emerge as the horse to beat on the first Saturday in May. First, the colt will need to confirm his place in the Derby field with a strong showing in Saturday's $1 million Arkansas Derby (G1) at Oaklawn Park.

Unraced since a dull third in the Holy Bull (G2) on February 4, Classic Empire has dipped to #21 on the Kentucky Derby leader board with 32 points. With the field limited to the top 20 point earners, Classic Empire would likely need to run fourth or better to ensure a spot in the field. He could otherwise make the lineup with some defections, but a poorer showing Saturday is unlikely to be the encouraging sign connections would need to press on.

Exiting the Holy Bull with a foot abscess and later found to have back issues that compromised his training, Classic Empire has been playing catch-up all spring. A spell in Ocala, Florida, appears to have righted the ship in time to make this final Derby prep, and the Breeders' Cup Juvenile (G1) winner was installed the 8-5 morning line favorite for Saturday's 1 1/8-mile test. 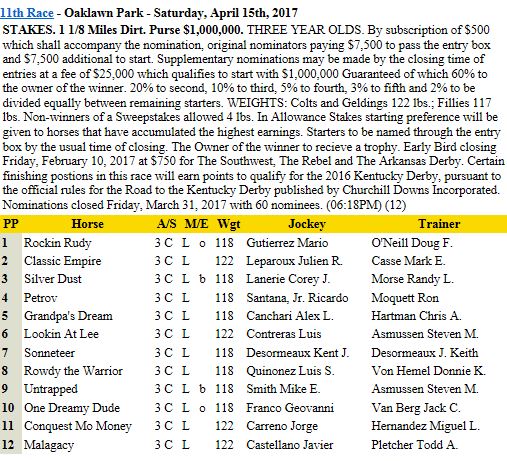 Already assured a spot in the Kentucky Derby field is 2-1 second choice Malagacy, who has won all three of his starts by a combined 24 lengths. The winning margin in last month's Rebel (G2), worth 50 points to the winner, was only two lengths, though, and the son of Preakness (G1) winner Shackleford will have to overcome post 12 Saturday and prove that 1 1/8 miles and beyond are within his scope.

Also exiting the Rebel are the second- through sixth-placers: Sonneteer, Untrapped, Petrov, Silver Dust, and Lookin At Lee. Sonneteer is still a maiden after nine starts, while Untrapped, currently 20th on the leader board, has placed in three straight preps and will need to take a step forward with blinkers added. Petrov placed in the Smarty Jones and Southwest (G3) earlier in the Oaklawn meet, and the deep-closing pair of Silver Dust and Lookin At Lee will need pace help up front.

Among the ship-ins are multiple stakes winner Conquest Mo Money, who saw his three-race win streak snapped when second to Hence in the Sunland Derby (G3) three weeks ago, and Rockin Rudy, stakes-placed on turf and an entry from the two-time Kentucky Derby winners Reddam Racing, trainer Doug O'Neill, and jockey Mario Gutierrez.

The Arkansas Derby can be watched and wagered-on at TwinSpires.com. 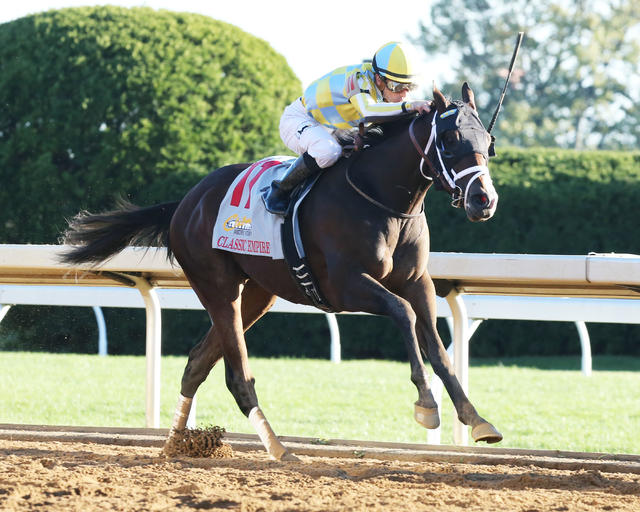