Kentucky Derby 2018 runners – Where are they now? 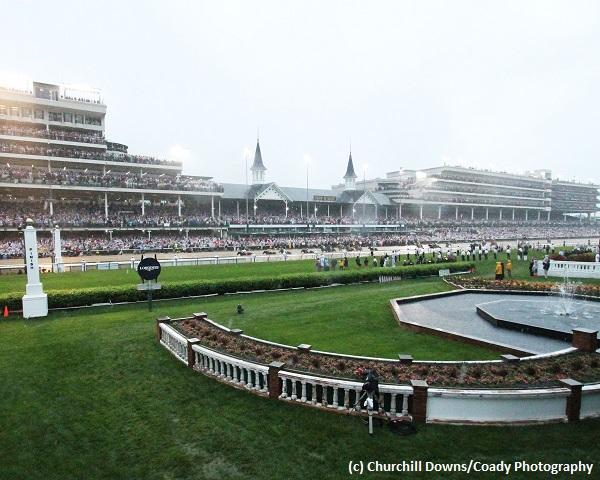 With all the attention currently focused on Kentucky Derby (G1) and Preakness Stakes (G1) winner Justify’s bid for Triple Crown glory in the June 9 Belmont Stakes (G1), it’s easy to forget there were 19 other hopefuls who took part in the famed Run for the Roses on May 5.

Let’s take a look at what some of those runners are up to. Horses headed to the Belmont Stakes are not included.

Last year’s Breeders’ Cup Juvenile (G1) winner and champion two-year-old finished second in the Kentucky Derby and showed back up for the Preakness, where he was fourth. The Chad Brown trainee is now targeting either the July 28 Jim Dandy Stakes (G2) at Saratoga or July 29 Haskell Invitational (G1) at Monmouth Park.

Florida Derby (G1) winner was under consideration for the Belmont Stakes after finishing third in the Kentucky Derby, but the colt has the same ownership group as Justify. Thus, he’s skipping the final leg of the Triple Crown in favor of either the Jim Dandy or Haskell.

Lecomte Stakes (G3) winner has filled the fourth spot in his past three races – the Risen Star Stakes (G2), Santa Anita Derby (G1) and Kentucky Derby. The dark bay colt is reportedly receiving a break at this time.

Southwest Stakes (G3) and Lexington Stakes (G3) victor may be bypassing the Belmont Stakes but still has a full schedule ahead of him. Fifth in the Kentucky Derby, the dark bay colt is currently on course for the July 7 Belmont Derby Invitational (G1) on the turf at Belmont Park before returning to the dirt for Monmouth Park’s Haskell and the August 25 Travers Stakes (G1) at Saratoga. 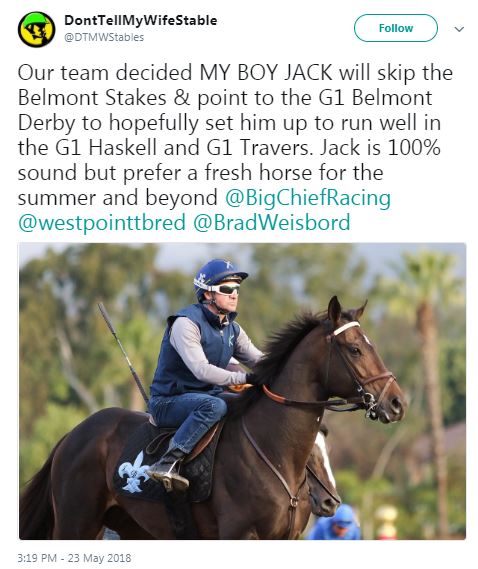 Based on his connections, Lone Sailor has quite a few fans despite boasting just one win in his career. The Tom Amoss trainee ran eighth in the Kentucky Derby and improved to be fifth in the Preakness Stakes, but will bypass on the Belmont Stakes in favor of the June 23 Ohio Derby (G3) at Thistledown. 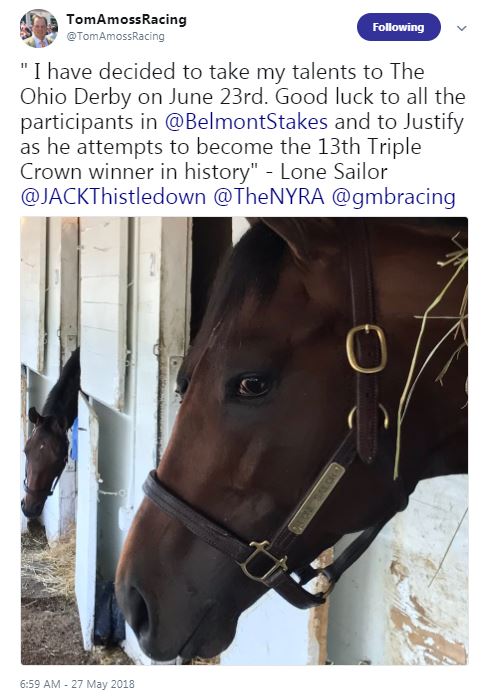 The Jason Servis pupil captured a Grade 1 as a juvenile and the Jerome Stakes this season in his lead up to an 11th-place finish in the Kentucky Derby. Servis was non-committal on his charge’s next start after the Derby, simply saying Firenze Fire “gave us a thrill” and he plans to “shorten him up a little.”

The dual Grade 1 winner suffered his worse finish to date, and first unplaced effort, when 12th in the Kentucky Derby last out. Owner/trainer Mick Ruis has regrouped with his colt and is readying the bay son of Medaglia d’Oro for the Met Mile (G1) at Belmont Park on the June 9 Belmont Stakes undercard. 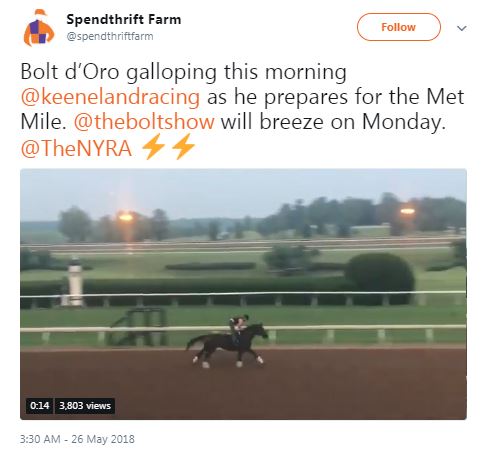 The Sam F. Davis Stakes (G2) winner followed that score with runner-up performances in his next two – the Tampa Bay Derby (G2) and Blue Grass Stakes (G2) – but could only produce a 13th-place run in the Kentucky Derby. Mark Casse initially said the June 30 Queen’s Plate, the first leg of the Canadian Triple Crown, at Woodbine would be next for his trainee but has since named the Ohio Derby as the colt’s upcoming target.

Grade 2 scorer entered the Kentucky Derby off a runner-up effort in the Wood Memorial (G1) but was no better than 14th on the first Saturday in May at Churchill. The Godolphin homebred is now under consideration for the July 7 Dwyer Stakes (G3) at Belmont Park.

Fountain of Youth Stakes (G2) victor was a well-beaten last of nine in the Florida Derby and followed that with a well-beaten 15th-place effort in the Kentucky Derby. Trainer Dale Romans wants to shorten his charge up and is eyeing both the seven-furlong Woody Stephens Stakes (G2) and 1 1/16-mile Easy Goer Stakes at Belmont on June 9 for the chestnut.

The record-setting U.A.E. Derby (UAE-G2) winner will more than likely have a race or two following his Kentucky Derby last-place finish and a return to Churchill Downs this fall for the Breeders’ Cup Classic (G1). 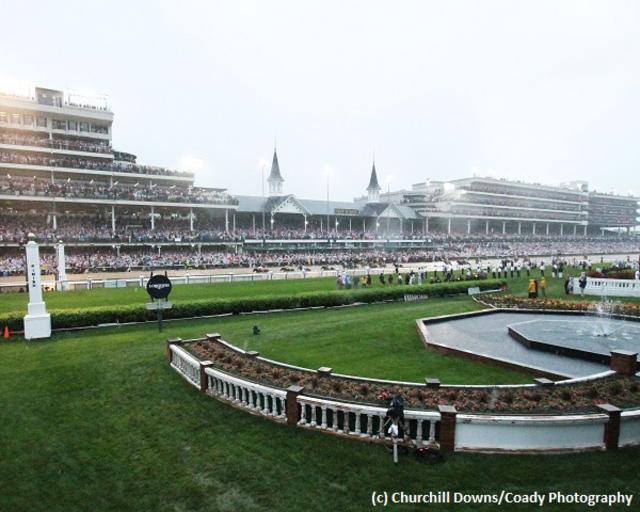