The retirement of Kentucky Derby (G1) and Triple Crown winner Justify opened up not only the sophomore division, but it’s turned the Breeders’ Cup Classic (G1) into an absolute crapshoot, which for horseplayers, is a very good thing.

Led by runner-up Good Magic , there are several Derby graduates with an eye on returning to Louisville, Kentucky, for the Classic. When projecting a potential 14-horse Breeders’ Cup Classic field, I came up with seven very deserving three-year-olds, six of whom are entered to compete in Saturday’s Travers Stakes (G1) at Saratoga.

Based on their accomplishments this season, older horses Accelerate, who has dominated out West, and Diversify, who has been nearly as impressive on the other side of the country, are the early favorites, but there are quite a few horses with the potential to step up big time in the next few weeks.

A lot can happen between now and November 3, but if a 14-horse Classic were to be run today, who would be favored and what longshots might be worth a bet?

Here’s some food for thought…

Has he gotten that much better or is the division just not as good? It’s probably a little bit of both. Third behind Collected and Arrogate in last year’s Pacific Classic (G1) at Del Mar, the connections opted for the Breeders’ Cup Dirt Mile (G1) over the Classic. He threw in an inexplicable clunker that day, but has bounced back very nicely since, posting four graded stakes wins and two seconds. He took the 2018 Pacific Classic by a record margin of 12 1/2 lengths, but the competition was suspect. Only one of his 19 career starts has come outside of California, and it resulted in a narrow loss in the Oaklawn Handicap (G2) to City of Light . As one of, if not THE favorite, can you trust him over 10 furlongs at Churchill Downs?

This veteran New York-bred has had more ups than downs in his 15-race career, but he’s never been better than he is now. In his last two starts, the Suburban (G2) at Belmont Park and Whitney (G1) at Saratoga, he set a fast pace early and held firm while in the clear, late. In his lone start at Churchill Downs, however, he finished a disappointing fourth as the favorite in last November’s Clark Handicap (G1). He’s a better horse now than he was then and would be scary as the controlling speed.

The Kentucky Derby runner-up went hoof to hoof early with Justify in the Preakness Stakes (G1), only to succumb late and finish fourth. He bounced back 10 weeks later to win a very average edition of the Haskell Invitational (G1) at Monmouth Park , and is the likely favorite on Saturday in what is a strong edition of the Travers. He’s versatile, consistent and solid as a rock. Is there still room for improvement, or has he reached his ceiling?

One of the top dirt sprinter/milers in the world, he did enough in finishing second behind Diversify over nine sloppy furlongs in the Whitney to continue on the Classic path. Distance questions remain, and if his final prep over lesser route competition doesn’t produce extremely positive results, chances are he’ll reroute to the Dirt Mile or Sprint (G1) .

What’s next: Leaning towards Lukas Classic (G3) on Sept. 29 at Churchill Downs

A troubled seventh in the Kentucky Derby and a late-running third in a paceless Belmont Stakes (G1), the connections elected to take a step back in the restricted Curlin Stakes at Saratoga in lieu of running him in the Haskell or even the Jim Dandy Stakes (G2) at Saratoga. He won that race like he was supposed to, but a fever knocked him out of the Travers the week of the race. With only six lifetime starts, there’s reason to believe his potential has not yet been reached.

What’s next: Skipping Travers with a fever, pointed for Pennsylvania Derby (G1) on September 22 at Parx Racing

Transferred to Chad Brown and rerouted to the Belmont after missing the Kentucky Derby with a minor injury, this Euro import proved he deserves to be mentioned with the best in the three-year-old division by running a hard-charging second behind Justify, and if not for a compromised start and slow pace, perhaps he could have sprung the upset. Brown has raved about his recent training, and I think he has a more than legitimate shot of taking down the Travers.

One of the toughest reads in this year’s sophomore class, he’s done most of his damage on turf, but he’ll get another chance to prove his main track merits in the Travers. His two previous dirt runs produced somewhat disappointing results, but according to trainer, Johnathan Thomas a change of tactics in a pair or recent turf wins may translate well on both surfaces. Instead of taking back and trying to finish, he was allowed to use his natural speed as a weapon, so expect him to be forwardly placed on Saturday.

A good second in last year’s Travers behind West Coast , he wasn’t much of a factor in the Breeders’ Cup Classic, Pegasus World Cup (G1) at Gulfstream Park or Dubai World Cup (UAE-G1) at Meydan. He beat nothing off the bench in an August 10 optional claimer in Florida, but the race was visually impressive, and he’ll be one of the favorites in next Saturday’s Woodward Stakes (G1).

What’s next: Woodward (G1)* on September 1 at Saratoga

I’m not sure what to make of his upset, 5 3/4-length win of the Dubai World Cup at Meydan. Mendelssohn was even more impressive in his UAE Derby (UAE-G2) score the same day, but his last-place finish in the Kentucky Derby and dull third in the Dwyer Stakes (G3) at Belmont make it increasingly more likely that those races were more circumstantial than legitimate. Thunder Snow shook off some rust in the Juddmonte International (G1) on grass at York, and a return to the U.S. for a Classic prep appears to be in the works. His Kentucky Derby run, or lack of it (bucked, pulled up shortly after the start), last year was memorable for all the wrong reasons, but chances are that won’t happen again.

At this point of the year, there is no greater wild card on the road to the Classic. He cost $3 million. He’s a half-brother to Beholder and Into Mischief. He won the Breeders’ Cup Juvenile Turf (G1) at Del Mar and romped in the UAE Derby in Meydan. He has a legitimate excuse for his last-place run in the Kentucky Derby, but I can’t get his dull third in the Dwyer out of my mind. He was on the wrong lead in the stretch and had no punch. Perhaps the distance was too short and he needed the race. If that’s the case, he’s a great bet in Saturday’s Travers.

An up-and-coming prospect the second half of his three-year-old season, he got smashed in the Breeders’ Cup Classic and finished an uninspiring fourth in each of his next four starts. A relatively easy win in the Stephen Foster (G1) seemingly put him back on the map, but race-favorite Backyard Heaven was exposed and second choice Irish War Cry wilted in the extreme heat. As much as a 12 1/2-length loss can, his second behind Accelerate in the Pacific Classic was better than it looks.

A bit of a throwback, he’s the only horse besides Triple Crown winner Justify to compete in the trio of three-year-old classic races. He’s held his own in his own class, but it only gets tougher from here.

He ran great in the Preakness and was sneakily compromised in the Belmont. He won the Jim Dandy, but the erratic stretch run left more questions than answers. The connections have been high on him all along and they firmly believe he will only get better with age and experience. I am also in that camp.

His claim to fame is winning the Clark last fall at Churchill, defeating Diversify (fourth) in the process. He’s only run twice this year – a non-threatening fifth in the Pegasus World Cup and a recent second as the 1-2 chalk in the ungraded Shaefer Memorial at Indiana Grand. He closed into a slow pace over a speed favoring track that day, and that effort should set him up perfectly for the Woodward. Remember trainer Dallas Stewart won last year’s Breeders’ Cup Distaff (G1) with Forever Unbridled in just her third start of the year, so freshness may work on this guy’s side. He’s a longshot worth watching.

What’s next: Woodward (G1)* on September 1 at Saratoga

A trio of Bob Baffert stars are nearing a return to the races. The three-year-old McKinzie, widely considered top Kentucky Derby contender prior to suffering a leg injury in March, is gearing up for a run in the Pennsylvania Derby (G1) on September 22 at Parx. Should he run lights out there, a swing at the Breeders’ Cup Classic would be back on the table, and he’d likely take plenty of action at the windows. Collected and West Coast, second and third respectively in last year’s Classic, both recently resumed training. Collected, who hasn’t raced since finishing a dull seventh behind Gun Runner in the Pegasus World Cup (G1) on January 27 at Gulfstream, has worked twice in preparation for a fall return, while West Coast, who was last seen crossing the line a distant to Thunder Snow in the Dubai World Cup at Meydan on March 31, is reportedly getting the kinks out at Los Alamitos. The Clark at Churchill on November 23 would be logical target for either or both.

As a result of his victory in the February Stakes (Jpn-G1) at Tokyo Racecourse in Japan, Nonkono Yume (JPN)* earned his way into the Breeders’ Cup Classic. The son of Twining is a six-year-old gelding, that was his first win in 26 months, and he ran fourth in an ungraded stakes in his only start since. His Breeders’ Cup Classic participation is unlikely or inconsequential. 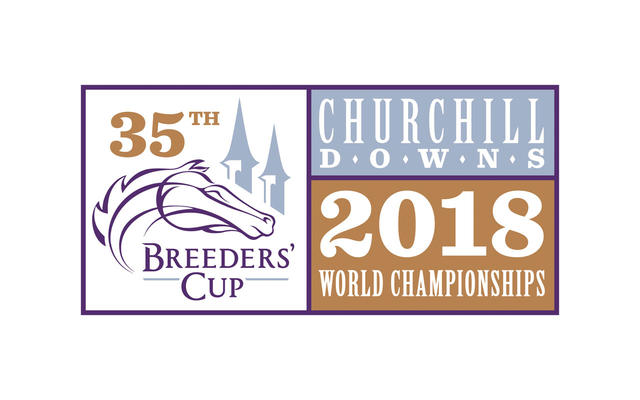