Craig Upham’s Ashland Stakes (Grade I) third-place finisher Patrona Margarita recorded a half-mile breeze in :48.80 on Sunday morning at Churchill Downs in preparation for a start in the $1 million Longines Kentucky Oaks (GI) on Friday, May 4.

The Texas-bred daughter of Special Rate breezed through eighth-mile splits of :12.60, :24.60 and :36.80 before galloping out five furlongs in 1:02 and six furlongs in 1:15.60, according to Churchill Downs clocker John Nichols.

“She’s been doing very well,” trainer Bret Calhoun said. “She had a couple of rough months at Fair Grounds with some fungus on her leg that we had to treat with antibiotics and give her some time off. I think now she’s just really getting turned around from the antibiotics. She wasn’t close to top shape in the Ashland but is doing really well now.”

Patrona Margarita kicked off the Road to the Kentucky Oaks with a 3 ¾-length upset victory in the Sept. 17 Pocahontas (GII) at Churchill Downs. The filly returned as a 3-year-old with a fourth-place effort in the Feb. 17 Rachel Alexandra at Fair Grounds prior to her third in the April 7 Ashland at Keeneland.

KNOWN KENTUCKY DERBY ARRIVAL SCHEDULE – With less than two weeks remaining until the first Saturday in May, shipping plans to Louisville, Ky. are being finalized for many Kentucky Derby horses.

Trainer Todd Pletcher is slated to enter four horses in the Derby: Florida Derby (GI) winner Audible, Arkansas Derby (GI) victor Magnum Moon, Louisiana Derby (GII) hero Noble Indy, and Wood Memorial (GII) champ Vino Rosso. The quartet, which are expected to be joined by several other members of the “Todd Squad,” including 2017 Kentucky Derby winner Always Dreaming, are scheduled to arrive from Palm Beach, Fla. on Monday afternoon at 1:30 p.m. (all times Eastern), according to Director of the Stable Area Steve Hargrave.

Impressive 18 ½-length UAE Derby (GI) winner Mendelssohn is expected to travel to Kentucky from Ireland on Monday, April 30, according to Hargrave.

Hall of Fame trainer Bill Mott reported Friday on ESPN Louisville’s “Inside Churchill Downs” that Florida Derby runner-up Hofburg could breeze Sunday at Payson Park in Florida and ship to Churchill Downs on Monday or Tuesday.

Wood Memorial runner-up Enticed, currently stabled at Palm Meadows in South Florida for trainer Kiaran McLaughlin, could ship to Churchill Downs either April 28-29, according to Hargrave

It was announced Wednesday that NFL star Rob Gronkowski acquired an ownership stake in European Road to the Kentucky Derby-invitee Gronkowski. The colt is expected to arrive at Churchill Downs on Saturday, April 28, according to trainer Jeremy Noseda. 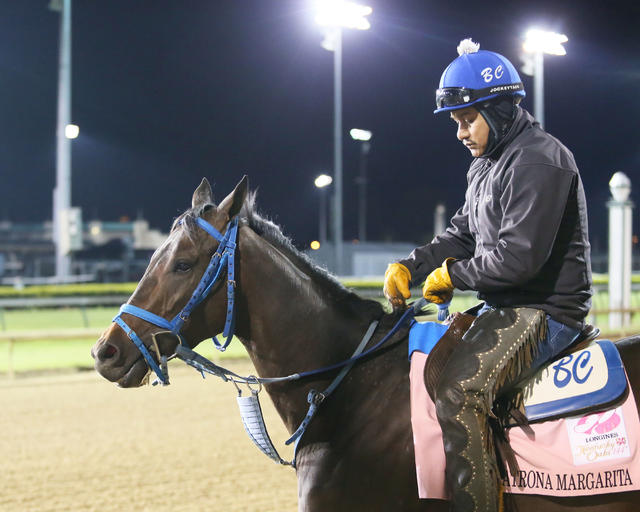