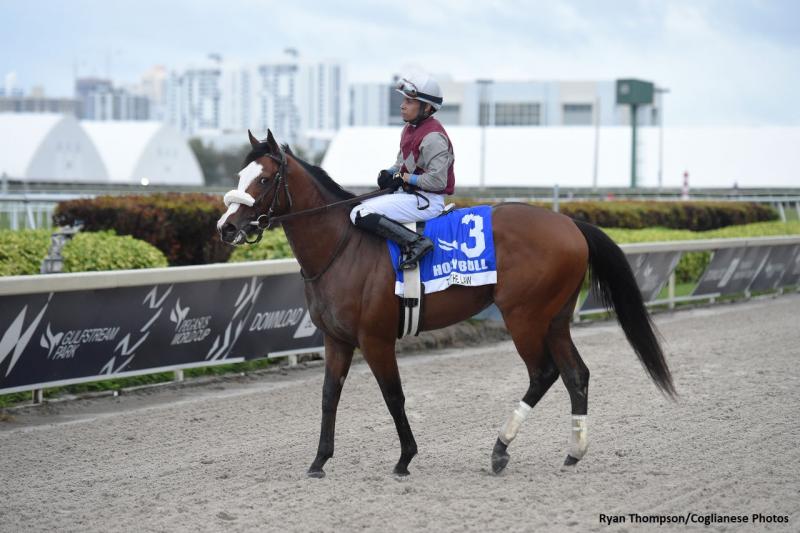 With just one 2020 Road to the Kentucky Derby prep remaining, the Aug. 15 Pegasus S. at Monmouth (offering only 20 Derby qualifying points to the winner), the field for the Sept. 5 Run for the Roses at Churchill Downs is nearly set.

Two major contenders got in their final preps over the weekend, with Tiz the Law solidifying Derby favoritism with an authoritative victory in the 1 1/4-mile Travers (G1) on Saturday. Far and away the points leader with 372, the Barclay Tagg-trained colt could be one of the shortest priced favorites in years judging from his 11-10 odds at the closing of the seventh and final pool of the Kentucky Derby Future Wager (KDFW).

Art Collector, third on the leaderboard with 150 points, led wire-to-wire in Sunday's Ellis Park Derby, winning by more than three lengths as the 2-5 favorite. He closed as the 8-1 third choice in the KDFW. Other significant movers up the leaderboard over the weekend were Caracaro and Attachment Rate, both of whom solidified spots in the Derby field with respective second-place efforts in the Travers and Ellis Park Derby.

Several horses outside the current Top 20 could find themselves with a Derby spot open in the coming weeks as some ahead of them on points will either aim elsewhere or have undesirable form plaguing them currently.

For example, the filly Swiss Skydiver is still on track for the Kentucky Oaks (G1) and will prep for that in the upcoming Alabama (G1) on Aug. 15. Current qualifiers that did not fare especially well over the weekend in their finals preps include Shivaree and Anneau d'Or. 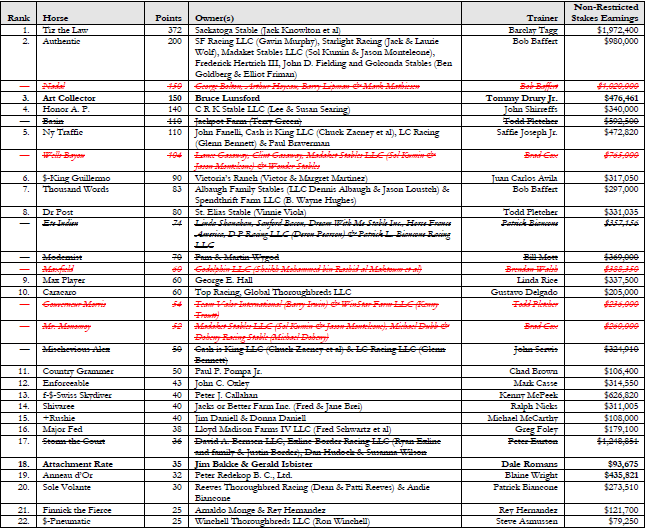 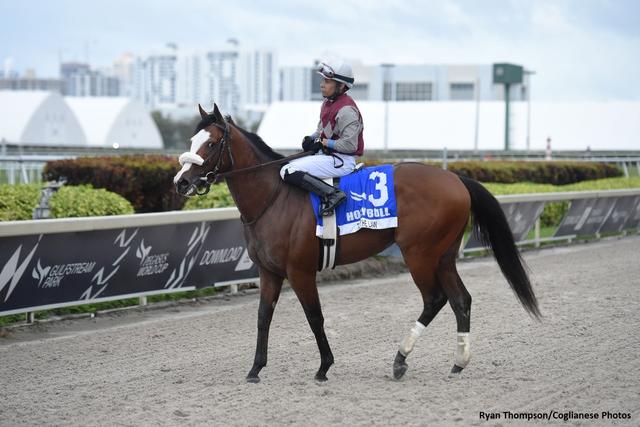