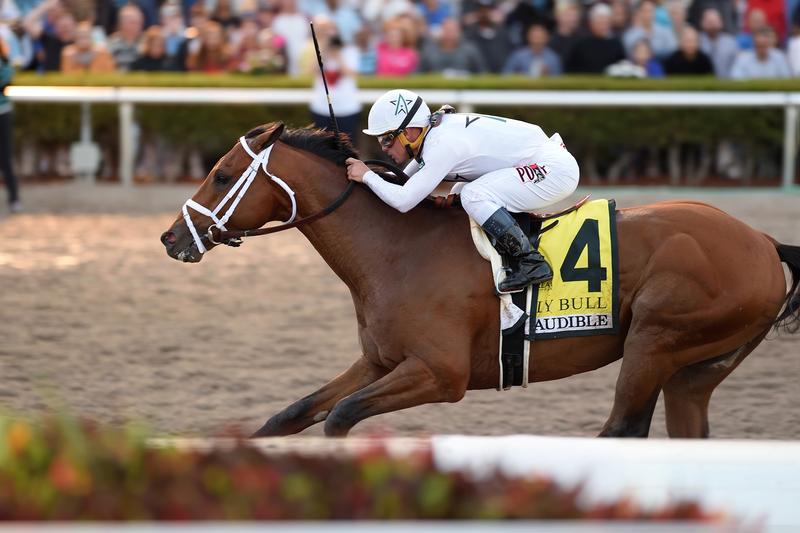 He’s aiming for the same again this year with Audible.

Bred by Oak Bluff Stables, Audible first went before buyers at the Fasig-Tipton Saratoga New York-bred yearling sale in August 2016, where he was bought for $175,000. Seven months later he was back at the same auction company’s March sale of 2-year-olds in training; this time buyers needed $500,000 to secure him. Audible eventually fell to the bid of WinStar Farm and China Horse Club, who race him with SF Racing.

Audible was sent out second favorite on his debut, in a 6 ½ furlong maiden at Belmont Park Sept. 27. He ran a nice race, rallying from second-last to finish third. He then started favorite in a maiden at Aqueduct Nov. 15, where he came from the second half of the field to win by a length and a quarter.

His next start was a one-mile allowance scheduled for the Aqueduct turf, but it was moved onto dirt due to inclement conditions. Audible had to be ridden along to keep chasing Crea’s Brooklyn Law going into the final turn, but once in the stretch he careered away for a 9 ¾-length victory.

Audible’s performance was sufficiently good that he was sent out at 3.2-1 odds in the Holy Bull Stakes (G2) at Gulfstream Park Feb. 3, despite the presence of Enticed and Tiz Mischief, first and second in the Kentucky Jockey Club Stakes (G2), and the grade one winner Free Drop Billy. Settling close to the pace, Audible took the lead approaching the stretch and looked very good in beating Free Drop Billy by 5 ½  lengths.

Audible clearly has a great deal of talent. The biggest question for him as he continues on the Kentucky Derby path will be his stamina – especially as his pedigree looks more like that of a sprinter.

However, none of his stakes-winning progeny have earned their black type at more than nine furlongs.There isn’t much encouragement regarding stamina in the pedigree of Audible’s female family either. His dam Blue Devil Bel (Gilded Time) won seven times, but none were past six furlongs. Her dam Fahamore (Gulch) produced Akilina, whose two stakes-winning progeny, Rieno Tesoro and Governor Malibu, didn’t win past nine furlongs.

If Audible is going to win the Kentucky Derby, he’ll be doing so despite a pedigree that doesn’t suggest stamina at 1 ¼ miles. However, races are not won on paper. Punters should closely watch how Audible races as he gets further down the Road to the Kentucky Derby before deciding if he can stay the Derby trip. 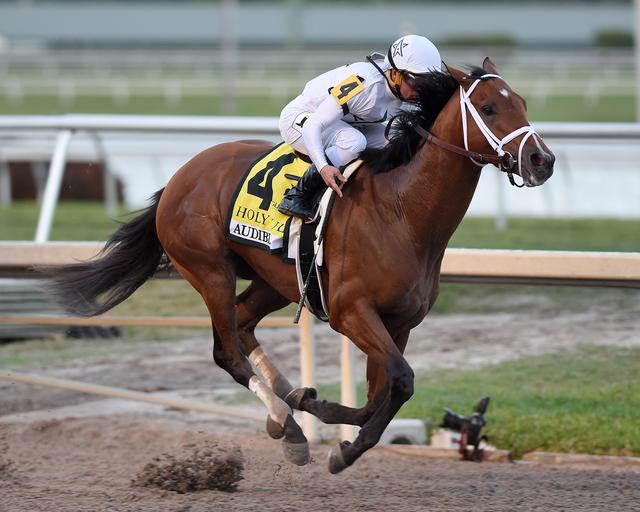