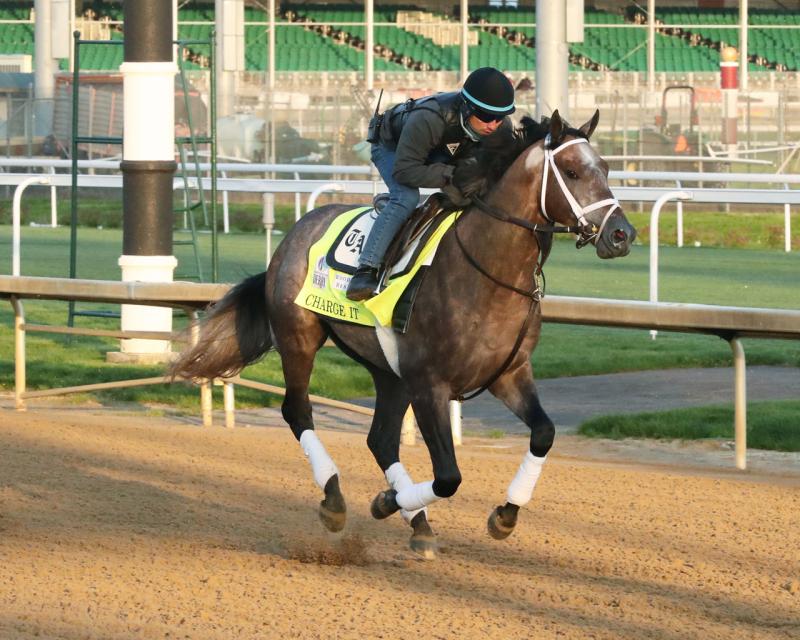 Charge It training at Churchill Downs (Photo by Coady Photography)

Whisper Hill Farm homebred Charge It sits in 19th place on the 2022 Road to the Kentucky Derby challenge series leaderboard with 40 qualifying points. The Todd Pletcher pupil earned his berth into the Run for the Roses at Churchill Downs on May 7 by coming home second in the Florida Derby (G1) at Gulfstream Park on April 2.

“Super pleased with the effort. To get a real education in a race like that was very encouraging. He got a little green down the lane.” Pletcher stated. “But I thought it was a huge effort, considering everything. Overcame some adversity, took some dirt, and did a lot of things right. Just didn’t quite polish it off.”

Charge It was unveiled on January 8 and showed early speed before finishing a close second in a maiden special weight event at Gulfstream Park. In his second assignment, the well-bred son of Tapit left no doubt when cruising home to an 8 1/2-length score while running one mile on the same surface. He now shows a career line of 3-1-2-0, $230,400.

The colt was bred in the Bluegrass State and boasts one of the best catalog pages of any horse on the Triple Crown this season. He is the initial stakes performer out of the winning Indian Charlie mare I’ll Take Charge, who is a half-sister to a trio of Grade 1 performers, including champion Will Take Charge, Florida Derby hero Take Charge Indy, as well as Beholder Mile S. (G1) queen As Time Goes By. His second dam is Broodmare of the Year Take Charge Lady, and Charge It also hails from the same female line as champion Take Charge Brandi and three-time Grade 1 star Omaha Beach.

Charge It has earned Brisnet Speed figures of 91-98-94 from a trio of performances to date. The talented gray colt seems well-equipped to handle the 1 1/4-mile distance in the Kentucky Derby, but his inexperience could get the best of him. He has run like a horse that will need more seasoning before peaking, and while he might possess as much raw talent as any horse in his division, Charge It will need a big step forward to make a major impact in the Run for the Roses. 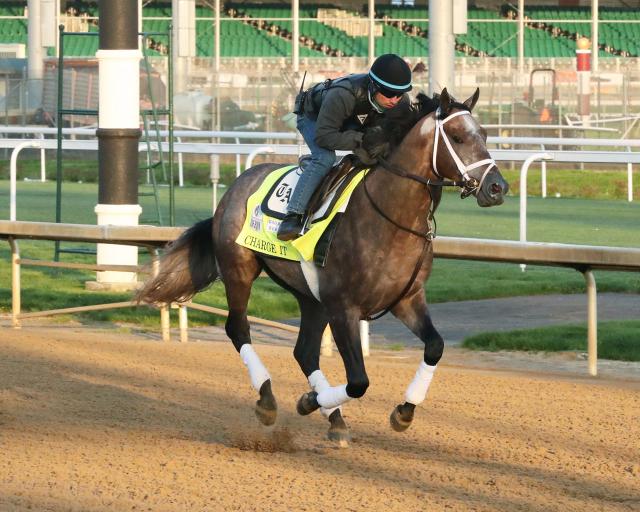