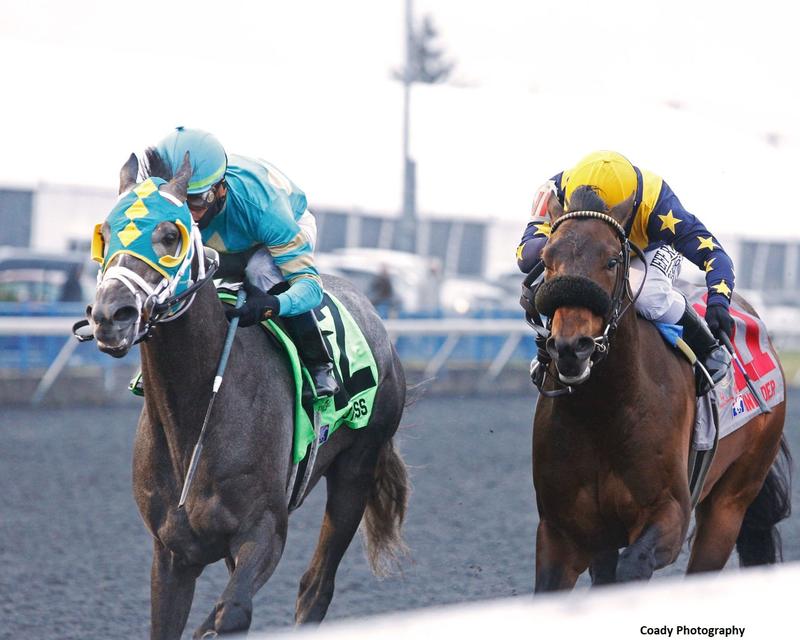 Three Diamonds Farm’s Field Pass picked up 20 points on the 2020 Road to the Kentucky Derby following his neck victory in the $217,010 Jeff Ruby Steaks (G3) at Turfway Park. The colt completed nine furlongs on the Polytrack in 1:49.34 under the guidance of Irad Ortiz Jr.

The Mike Maker trainee notched his second stakes win in succession while moving his lifetime line to 8-3-2-0, $291,210. He rallied to victory in the grassy Dania Beach S. at Gulfstream Park in his most recent assignment.

Field Pass was unveiled on June 21 in a 5 1/2-furlong dash on the turf at Churchill Downs and rallied gamely to garner runner-up honors on debut. The Maryland-bred graduated second time out when taking a maiden special weight contest at Saratoga in his initial route attempt, and he followed that performance with a strong second in the With Anticipation (G3) at the same venue.

The gray finished fourth in his next two assignments, the Laurel Futurity and Bourbon (G3), prior to finishing unplaced in his juvenile finale while running on the dirt for the lone time in his career.

Field Pass was bred by Mark Grier, and he is the first stakes star produced from the winning Runaway Groom mare Only Me. The son of Lemon Drop Kid was purchased for a bargain $37,000 at the 2018 Fasig-Tipton Midlantic Fall Yearlings Sale in Timonium, Maryland.

The April foal is unbeaten from a pair of outings in 2020 and has shown improvement off his 2-year-old campaign. But he will be hard pressed to be a contender for the Kentucky Derby, if he even points in that direction.

Field Pass is the lone graded stakes winner through the first four generations of his female family. In addition, the talented colt ran the worst race of his career in an allowance tilt on the dirt at Churchill Downs.

According to his conditioner, Field Pass was originally being trained up to a start in the American Turf (G2) on the Kentucky Derby undercard. 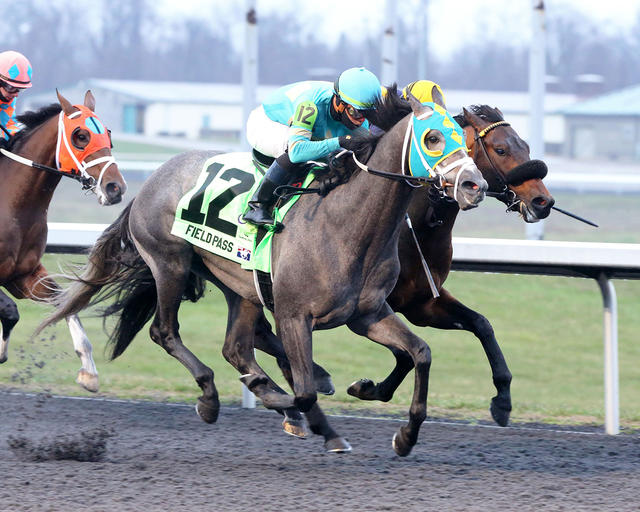