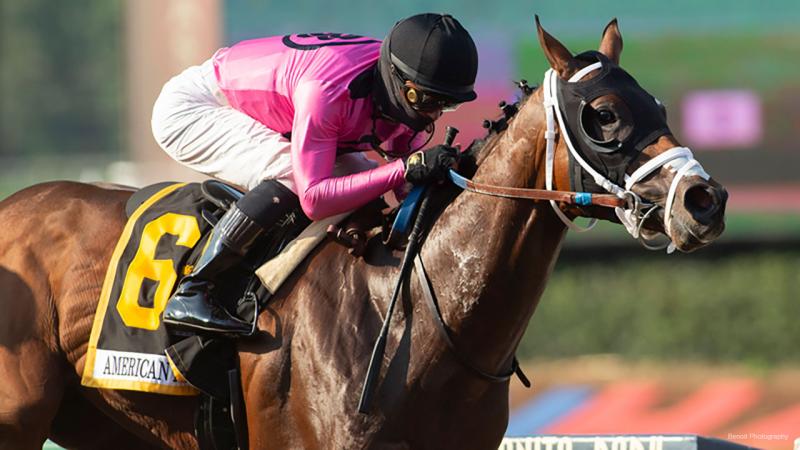 Get Her Number wins the American Pharoah Stakes (Benoit Photography)

Horse Profile: Get Her Number

Gary Barber’s Get Her Number ranks 20th with 20 points on the 2021 Road to the Kentucky Derby challenge series leaderboard. The Grade 1 winner boasts a lifetime line of 5-2-0-0, $275,667 for conditioner Peter Miller.

The son of Dialed In was a winner in his first assignment when taking a five-furlong turf sprint at Del Mar on August 14 at 3-1 odds. Sent to the stakes ranks for his second try, the bay led to late stretch before ultimately finishing a close fourth in the Del Mar Juvenile Turf S. over one-mile on September 7. In his two-year-old finale, the colt was an upset winner of the American Pharoah S. (G1) at Santa Anita while making his dirt debut.

Get Her Number made both of his starts this campaign at Oaklawn Park. He never factored when finishing seventh in the Rebel S. (G2) on March 13. Most recently, the talented sophomore made a big middle move before flattening out in the latter stages when fourth in the Arkansas Derby (G1).

He was bred in the Bluegrass State by Philip Robertson and Brenda Robertson, and purchased for a bargain $45,000 at the 2020 OBS Spring Two-Year-Olds in Training Sale. The colt is the first stakes winner produced from the winning Bernstein mare Fancier.

Get Her Number has earned Brisnet Speed figures of 90-85-94 in his three dirt races to date, and the accomplished colt could move forward at Churchill Downs while making his third start of 2021. With that said, he still isn’t fast enough to match strides with the best horses of his generation at this stage of his development, and he is a major question mark running 1 1/4 miles beneath the Twin Spires on May 1, as well, showing moderate Brisnet Late Pace numbers of 88-89-84 in his last three.

If Get Her Number was simply a race short after making an impressive middle move at Oaklawn Park last time out, and has another step in the right direction in him, then the three-year-old might be an interesting longshot exotics contender at a huge price in the Kentucky Derby. 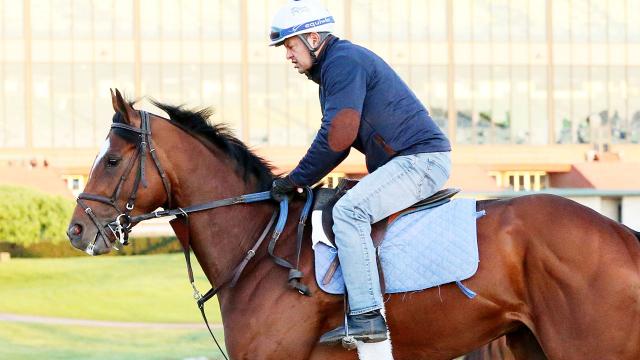