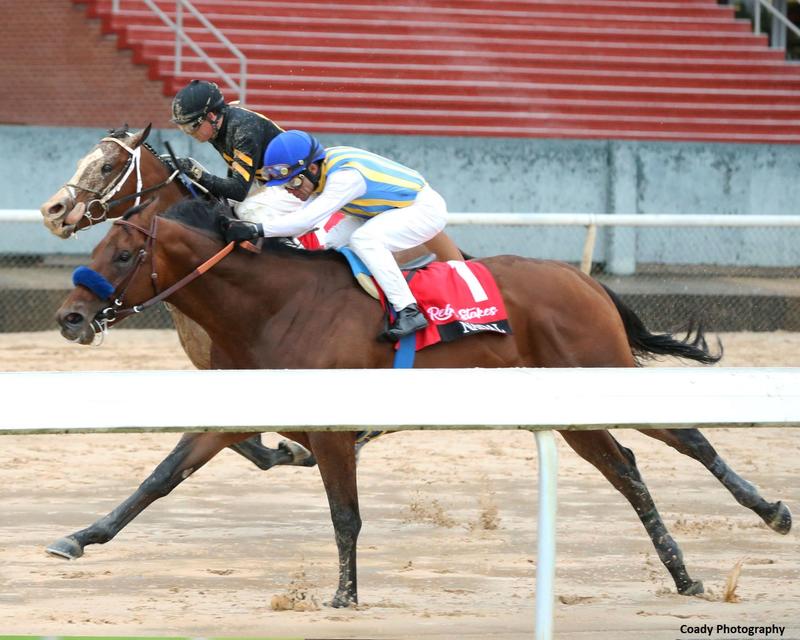 George Bolton, Arthur Hoyeau, Barry Lipman, and Mark Mathiesen’s Nadal garnered 50 points on the 2020 Road to the Kentucky Derby following a game three-parts-of-a-length tally in the $1 million Rebel (G2) at Oaklawn Park.Trained by Bob Baffert and piloted by Joel Rosario, the undefeated youngster went 1 1/16 miles in 1:44.97 for his second graded stakes triumph.

On May 2, Nadal earned a further 100 qualifying points taking the second division of the $500,000 Arkansas Derby (G1) by three lengths.

Nadal was a 6-5 favorite at first asking in a maiden special weight dash at Santa Anita on January 19, and he delivered on debut with a facile 3 3/4-length score. The bay colt jumped right into the graded stakes ranks in his second assignment, and he made good once again with a gritty tally in the San Vicente (G2) as the 3-10 choice. Following his Arkansas Derby triumph, the unbeaten colt has earned $1,053,000.

The winner was bred in the Bluegrass State by Sierra Farm, and he is the initial stakes hero out of the Pulpit mare Ascending Angel. He is from the same female line as champion Pleasant Stage, as well as Grade 1 winners Marsh Side and Changeintheweather.

Nadal passed through the sales ring on a pair of occasions. He received a final bid of $65,000 at the 2018 Keeneland September Yearling Sale, prior to bringing the gavel down at a hefty $700,000 as a juvenile at the Fasig-Tipton Gulfstream Sale.

By Blame, the colt checked a lot of boxes in the Rebel after dueling through swift opening splits, and continuing on to and past the wire like a seasoned veteran while making his route debut. The robust sophomore has registered solid Brisnet Speed figures of 94, 96, 95, and 102 from his four lifetime endeavors to date.

Nadal's next start is to be determined. 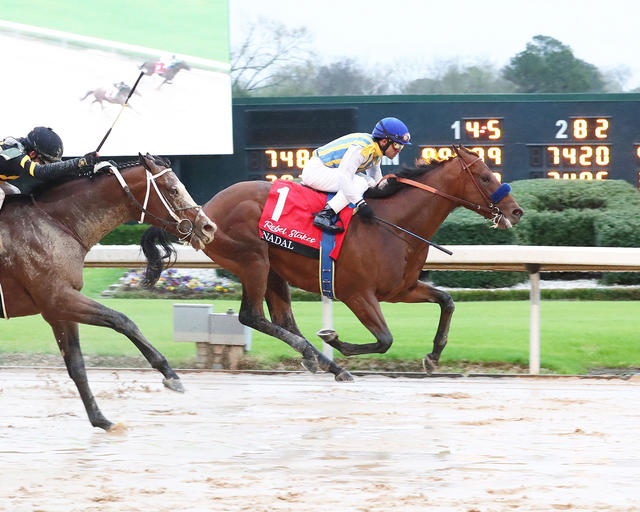