Kentucky Derby points up for grabs in Champagne, Breeders' Futurity 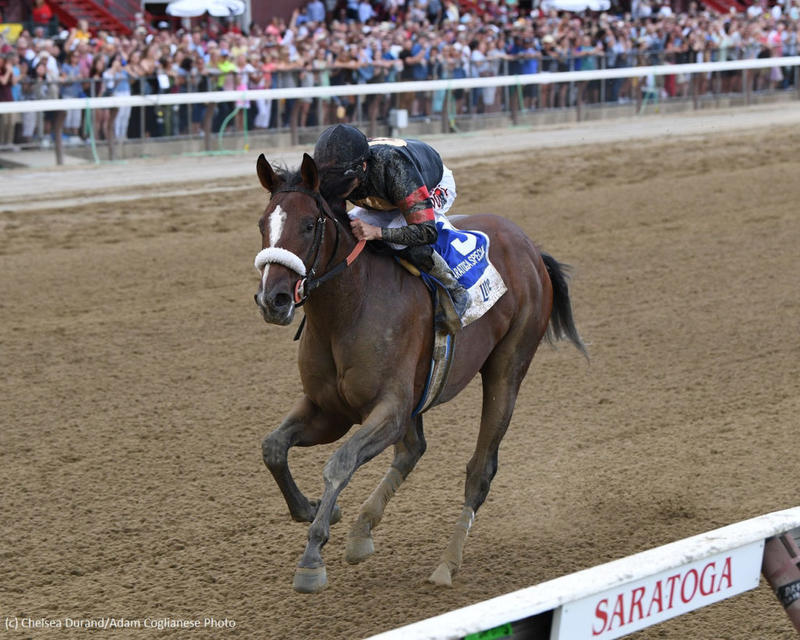 Scratched from the Hopeful (G1) on Labor Day, Green Light Go will enter Saturday's $500,000 Champagne (G1) at Belmont Park a relatively fresh horse. The Stronach Stables homebred headlines the one-mile Champagne, one of two 2020 Road to the Kentucky Derby series preps on Saturday. The other is the $500,000 Breeders' Futurity (G1) at Keeneland.

Green Light Go turned plenty of heads over the summer, winning on debut at Belmont by 3 1/4 lengths and then the Saratoga Special (G2) by 3 3/4 lengths. He was the early favorite for the Hopeful, but was withdrawn several hours beforehand due to the wet conditions.

Tiz the Law earned a 97 BRIS Speed rating for his 4 1/4-length maiden win at Saratoga against New York-breds. The son of Constitution fits on paper against this open company crew for trainer Barclay Tagg.

Gozilla wound up favored in the Hopeful, but the impressive first-out winner faded to third late after setting a pressured pace. The Flatter colt completed a 1-2-3 finish in the Hopeful by Steve Asmussen-trained runners.

Second in his first two starts, including to eventual Hopeful winner Basin, Three Technique put it all together in start number three and won for fun by more than five lengths at Saratoga on August 31. Also in the Champagne lineup are Big CIty Bob, winner of the $100,000 Sapling at Monmouth Park, and the Todd Pletcher-trained Alpha Sixty Six, who captured his debut by a neck over the Belmont strip last month.

Saratoga alumni also figure to play a prominent role in the Breeders' Futurity over 1 1/16 miles. Tap It to Win rolled to a 3 1/2-length win on Travers Day while racing on the rail, which in general was not favorable that afternoon, while Gouverneur Morris sped off to win his debut by nine lengths on the Hopeful Day undercard.

Maxfield, who graduated first out at Churchill Downs for Godolphin, has upside, while Ajaaweed steps up into stakes company following a 4 1/4-length maiden score at Belmont Park. Sanford (G3) winner By Your Side will look to rebound off a disappointing try in the Hopeful over a wet surface he might not have liked.

Both the Champagne and Breeders' Futurity will award Kentucky Derby qualifying points of 10-4-2-1 to its respective top four finishers, and both are part of the Breeders' Cup Challenge series. They can be watched and wagered on at TwinSpires.com.

HANSON: Tap It to Win, Gouvernor Morris among 10 in Breeders’ Futurity 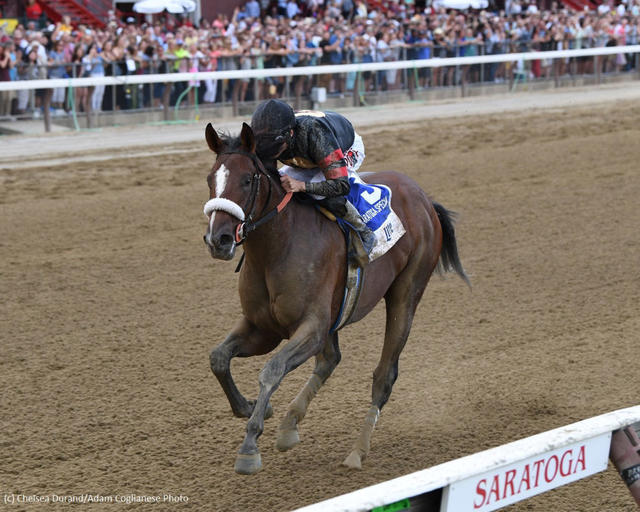