Fox Hill Farm’s Omaha Beach has been installed as the 4-1 morning-line favorite for Saturday’s 145th running of the $3 million Kentucky Derby Presented by Woodford Reserve (GI) that drew a field of 20 entries and one also-eligible Tuesday morning.

Trained by Richard Mandella, Omaha Beach brings a three-race win streak into Derby 145 including victories in a division of the Rebel (GII) and the Arkansas Derby (GI).

Mike Smith, who has been aboard for those two victories, will have the mount Saturday as he aims for his third triumph in the Run for the Roses. Smith previously won in 2005 on Giacomo and last year on Triple Crown winner Justify.

Six jockeys have won the Kentucky Derby in consecutive years with the most recent being Victor Espinoza in 2014-15 on California Chrome and American Pharoah.

Omaha Beach is one of five Grade I winners in the field with five-time Kentucky Derby-winning trainer Bob Baffert having three of them.

Topping the Baffert trio is three-time Grade I winner and champion 2-year-old of 2018 Game Winner who is the 5-1 second choice on the morning line.

In 2019, Game Winner was beaten a nose by Omaha Beach in the Rebel and second to stablemate Roadster in the Santa Anita Derby (GI). Joel Rosario, who won the 2013 Kentucky Derby on Orb, has the mount on Game Winner who will break from post position 16.

Speedway Stable’s Roadster has won three of four career starts with his only setback coming to Game Winner in the Del Mar Futurity. Florent Geroux will be aboard Saturday and break from post position 17.

Baffert’s third entrant is WinStar Farm, China Horse Club International and Starlight Racing’s Improbable, who, like Roadster, is 6-1 on the morning line and co-third choices.

Winner of all three 2018 starts that included a victory in the Los Alamitos Futurity (GI) as well as the Street Sense here during Breeders’ Cup Weekend, Improbable was runner-up to Omaha Beach in the Arkansas Derby. Irad Ortiz Jr. has the mount and will break from post position five.

With a victory Saturday, Baffert would tie Ben Jones for the most Kentucky Derby triumphs with six and become the first trainer to win the race in consecutive years twice. His first two Derby victories came with Silver Charm in 1997 and Real Quiet in 1998.

A win by Improbable would give his ownership consecutive Derby victories, a feat that has been accomplished four times and most recently by Meadow Stable in 1972-73 with Riva Ridge and Secretariat.

Gary and Mary West also own the race’s other Grade I winner in the undefeated Maximum Security.

Trained by Jason Servis, Maximum Security ran his undefeated streak to four with a front-running victory in the Florida Derby (GI). Luis Saez, who was aboard for that score, has the mount Saturday and will break from post position seven.

In addition to Baffert, two other trainers will be attempting to add to their Kentucky Derby victory totals.

Shug McGaughey, who trained 2013 Derby winner Orb, will send out William S. Farish’s Code of Honor, who was third in the Florida Derby in his most recent start.

John Velazquez, a two-time Derby winner, will ride Code of Honor and break from post position 13. Velazquez won with Animal Kingdom in 2011 and Always Dreaming in 2017.

Always Dreaming was trained by Todd Pletcher, who will seek his third Derby victory when he sends out the duo of Cutting Humor and Spinoff. Pletcher also won in 2010 with Super Saver.

Cutting Humor, owned by Starlight Racing, comes into Saturday’s race off a victory in the Sunland Park Derby (GIII). Corey Lanerie has the mount and will break from post position 10.

Wertheimer et Frere’s Spinoff, runner-up in the Louisiana Derby (GII), will be ridden by Manny Franco and break from post position 19.

Owned by Katsumi and Yasuyo Yoshizawa and trained by Koichi Tsunoda, Master Fencer has won two of four starts on the dirt and comes to Churchill Downs after spending his first few days in North America training at Keeneland.

Julien Leparoux has the mount and will break from post position 15.

Danny Gargan (Tax, post 2, 20-1) – “I wanted to be on the inside. He’s been in the one hole three times with two wins and a second. He has tactical speed. Now we won’t have to use him much to lay fourth or fifth in the race. I like the horse inside us [War of Will] because he’s a speed horse. Hopefully he goes. I want to tuck in behind him and sit on the rail. If he doesn’t go, I’m going to come out running and sit on the rail.”

Bret Calhoun (By My Standards, post 3, 20-1) – “Gabe (jockey Gabriel Saez) said he wanted somewhere between post five and 12. We drew three but it is close enough. I’m glad we didn’t draw the rail or post 20.”

(On post 17 being 0-for-40) “They also had that curse last year. Not that many horses run out of there but I’m OK. We’ll figure out a plan for them. I think Improbable he’s the quickest of the three and he’s in the five. There are speed horses outside of him, too. They still have to break. I like 16. The 17 has been 0-for-40, but it’s like American Pharoah had the 18 and there was a scratch and he had the 17 for a day then he went to the 16. At the end of the day, you have to have the horse. If your horse shows up, that’s more important. After watching Big Brown gallop from the 20 hole it really doesn’t make a difference.”

“I think it’s less stressful (not having the favorite). I think the expectations when you have the favorite is put on you but I think when I had the favorite with Pharoah or  Justify, it was their race to lose. There are a lot of nice horses in this race. Omaha Beach, he deserves to be the favorite. We’ll just see how it plays out.”

George Weaver (Vekoma, post 6, 20-1) – “This is a perfect spot. We wanted somewhere between post five and 10 and we got a great spot. I’m happy to be back in Louisville.”

Brendan Walsh (Plus Que Parfait, post 9, 30-1) – “I wanted something between two and 12, which I said earlier this week, and that’s what we got. Hopefully he breaks and then can save some ground. It looks like the speed is inside of us, so that’s good. I’m happy with the post.”

Todd Pletcher (Cutting Humor, post 10, 30-1; Spinoff, post 19, 30-1) – “I’m satisfied with both. I don’t mind being outside with Spinoff since he hasn’t experienced a lot of kickback. And with Cutting Humor from the 10, Corey (jockey Corey Lanerie) should have plenty of options. Neither should have to spend a lot of time in the gate, too.”

Richard Mandella (Omaha Beach, post 12, 4-1) – Jockey Mike Smith and Mandella (Sitting together) – Smith: “Perfect. I love it. Didn’t want to be down inside. I think I’m in a great spot.”  Mandella: “He’s happy (nodding toward Smith), so you know I’m happy. It’s good.”

Shug McGaughey (Code of Honor, post 13, 15-1) – "It's perfect for me. I was hoping for something toward the outside. I think they load from the inside out. I just didn't want to be buried down on the inside. It's perfect."

Mike Trombetta (Win Win Win, post 14, 15-1) – “It was a lot less pressure this year than 2006 when we were the favorite. We had so many cameras and media around us that it’s a little bit, but not much, more relaxing this year. I’m happy with our post. We’re ready to go.”

Mike Trombetta (Win Win Win, post 14, 15-1) – “It was a lot less pressure this year than 2006 when we were the favorite Sweetnorthernsaint. We had so many cameras and media around us that it’s a little bit, but not much, more relaxing this year. I’m happy with our post. We’re ready to go.”

willis horton (owner, Long Range Toddy, post 18, 30-1) – "It wasn't what I wanted, but it will be all right. He has enough tactical speed out of the gate. As long as he breaks good, he'll have a quarter mile until the first turn to get himself into position. We'll probably be sitting right right behind the speed." 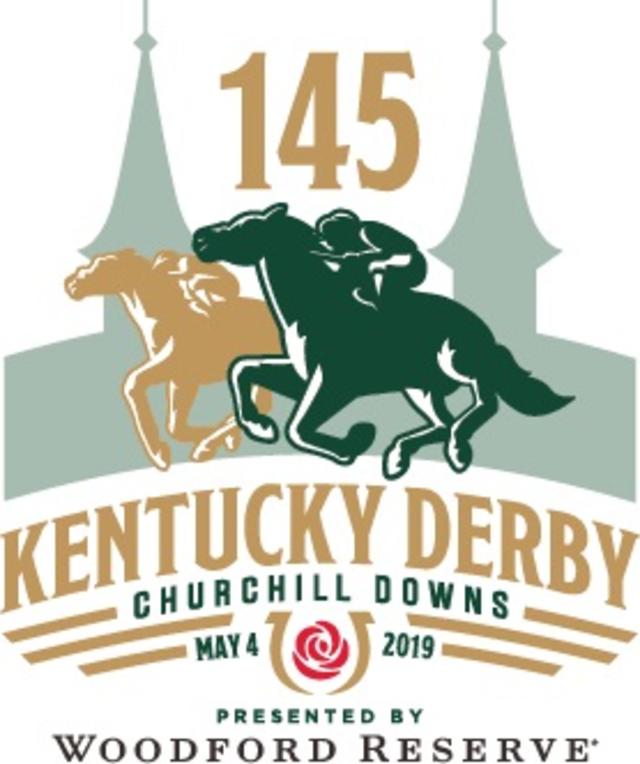