King Fury gets back in the ring for Ohio Derby 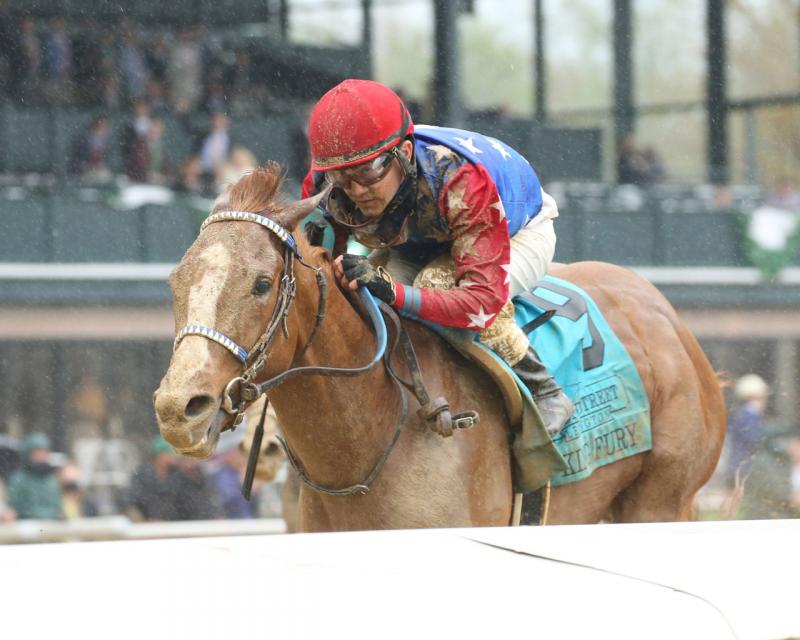 Scratched from the Kentucky Derby (G1) with a fever, King Fury hopes to resume his progress in Saturday’s $500,000 Ohio Derby (G3) at Thistledown. The 1 1/8-mile test has attracted an intriguing cast of Triple Crown trail veterans and sophomores just now on the upswing.

King Fury, a $950,000 yearling purchase, was a promising two-year-old for trainer Ken McPeek. Although successful in the Street Sense S. at Churchill Downs, the chestnut was unplaced in his other stakes attempts, including the Breeders’ Cup Juvenile (G1).
But King Fury took a step forward in his reappearance in the April 10 Lexington S. (G3) at Keeneland, rallying impressively in the slop to earn a last-minute spot in the Derby. The son of Curlin and Grade 1 queen Taris was catching the eye in his works at Churchill in the build-up to the Derby, only to get sick the day before his chance at the roses. King Fury, who has trained forwardly since, rates as a 9-2 chance on the Ohio Derby morning line with jockey Corey Lanerie.
Todd Pletcher’s Promise Keeper has been installed as the 7-2 favorite after his breakthrough score in the May 8 Peter Pan S. (G3) at Belmont Park. Regarded at times as possible for the Belmont S. (G1), the Constitution colt was nevertheless earmarked for this spot. Promise Keeper sports a 2-for-2 mark at this trip and keeps Luis Saez aboard.
Familiar faces from the Triple Crown trail, Keepmeinmind and Proxy, make equipment changes here. Keepmeinmind, still winless since last fall’s Kentucky Jockey Club S. (G2), was seventh in the Kentucky Derby and fourth in the Preakness S. (G1). Now the 4-1 chance puts the blinkers back on for trainer Robertino Diodoro.
Godolphin’s Proxy, most recently fourth to King Fury in the Lexington, takes blinkers off but tries cheekpieces instead. The Mike Stidham runner had done well in the series of Fair Grounds preps this winter, trading decisions with Midnight Bourbon and Mandaloun when runner-up in the Lecomte S. (G3) and Risen Star S. (G2). Listed at 5-1, Proxy picks up the services of Joe Bravo.
The Reds received a free berth to the Preakness in the April 24 Federico Tesio S. at Pimlico, where he was awarded the victory via disqualification. But he was not a Triple Crown nominee, and connections opted not to supplement for the middle jewel. Trainer John Kimmel instead wanted him to try turf in the May 29 Pennine Ridge S. (G3) at Belmont, only to have it rained off the grass and onto the sloppy main track. The Reds launched a strong move to strike the front, then just got run down late by Derby alum Sainthood. The son of 2014 Belmont star Tonalist stays on the dirt here.
The rapidly improving Masqueparade could be the value if remaining near his 8-1 odds. After being handed his maiden win via disqualification, he crushed a Derby Day allowance at this distance by 11 3/4 lengths. Trainer Al Stall Jr. takes a patient approach with his youngsters, so there’s likely more to come from Masqueparade.
Ethical Judgement (8-1) likewise makes his stakes debut following a sharp allowance tally at Churchill, although his was an off-the-turf score in the slop. Two starts back at Keeneland, the Brendan Walsh trainee was second to Fulsome, who’s gone on to win the Oaklawn S. and Matt Winn S. (G3).
Others in the 11-horse field include Hozier (12-1), the Rebel S. (G2) and Sir Barton S. runner-up who has since switched to the Rodolphe Brisset barn; Jimmy Winkfield S. scorer Hello Hot Rod (15-1), fourth in the Federico Tesio last out; and the two with local experience, longshots Channel Fury (20-1) and Falcons Fury (30-1).
The 87th running of the Ohio Derby is carded as Thistledown’s Race 9 on Saturday, with a post time of 4:20 p.m. (ET). 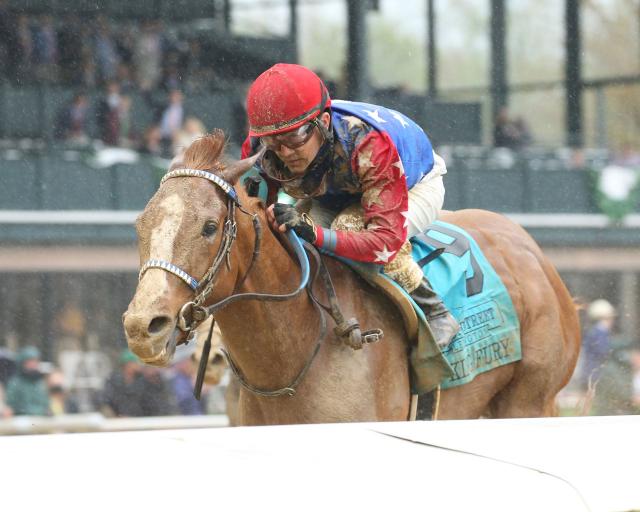