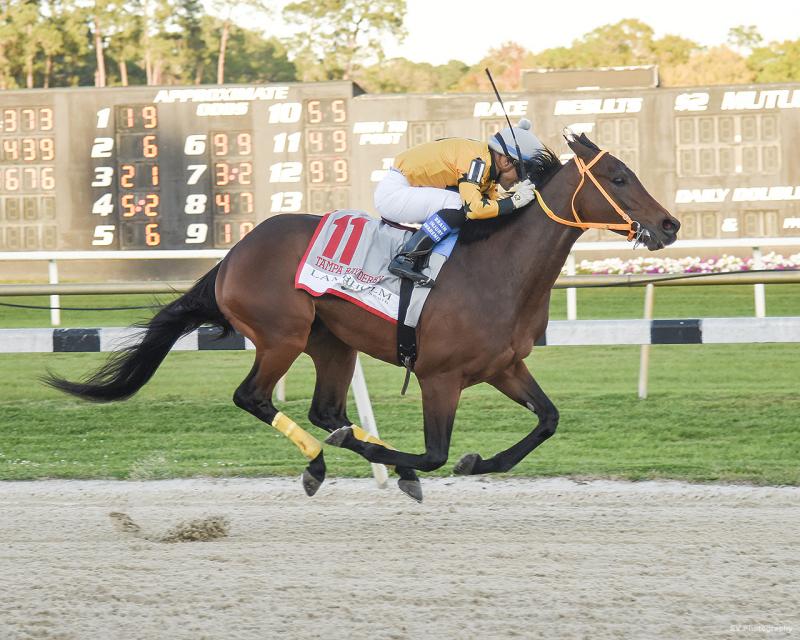 Prepping for the Kentucky Derby (G1) twice at age three has become an increasingly popular and successful route to victory in America's most famous race. Street Sense (2007), Big Brown (2008), Mine That Bird (2009), Super Saver (2010), Animal Kingdom (2011), American Pharoah (2015), and Nyquist (2016) kept their pre-Derby activity to a relative minimum and still showed up ready on the big day.

In 2006, Barbaro bucked a long-standing "Derby rule" that all potential winners should have raced within four weeks of the Louisville classic. Barbaro's final prep, the Florida Derby (G1), occurred five weeks before the Kentucky Derby. Six other Derby winners since Barbaro have won off five weeks, while Animal Kingdom scored convincingly off a six-week break.

In this highly unusual and unprecedented year, we can pretty much set aside any ironclad "Derby rules" still in existence. There's one horse, though, that will attempt to blow up convention on multiple fronts.

King Guillermo currently sits sixth on the Kentucky Derby leaderboard with 90 points and is safely qualified for the 1 1/4-mile classic. He, too, will have only two preps leading up to the Derby, and even for a race postponed until Sept. 5, that wouldn't ordinarily be a big deal.

Recall, however, when those preps occurred. King Guillermo upset the Mar. 7 Tampa Bay Derby (G2) at odds of 49-1, earning 50 points. He earned an additional 40 points finishing second to Nadal in the second division of the May 2 Arkansas Derby (G1), after which connections announced he would train up to the Kentucky Derby.

A mere two preps in this day and age is obviously no big deal, but when the last of those occurs 18 weeks before the big dance, you're talking about something potentially happening that hasn't within living memory of anyone alive.

The last time the Kentucky Derby was postponed from its normal May date was in 1945, when a nationwide ban on racing from early January until after V-E Day resulted in the race being run on June 9. Even so, the winning Hoop, Jr. still managed to squeeze in two preps from the time the ban was lifted in early May.

King Guillermo, on the other hand, will attempt to win the Derby having not run in four months. In a normal year, that's the equivalent of turning in your final prep on the first Saturday in January.

You have to go back nearly a century, in the years before Florida, Southern California, and Arkansas provided consistent wintertime opportunities, to find a Derby winner that won off an even longer layoff. In 1922, the California-bred Morvich won the Derby on May 22 having last run the previous November in the Pimlico Futurity, in which he concluded a perfect 11-for-11 juvenile campaign.

Thirteen Kentucky Derby winners from 1875 through 1921 also won in their first start of the season. Among these were Sir Barton (1919), the first Triple Crown winner, and the famed Hall of Fame gelding Exterminator (1918). Regret (1915), the first filly to win the Derby, perhaps owns the record for winning the Derby off the longest layoff. She had last run in (and won) the Hopeful Stakes at Saratoga on August 22.

As talented and relatively quick King Guillermo is, the son of Uncle Mo would seem up against it, from a fitness-perspective, attempting to win the Run for the Roses off such a lengthy spell. It was certainly possible in an earlier era when necessity required it. It would be a remarkable and historic training achievement, by Juan Carlos Avila, if it could also be done by design.