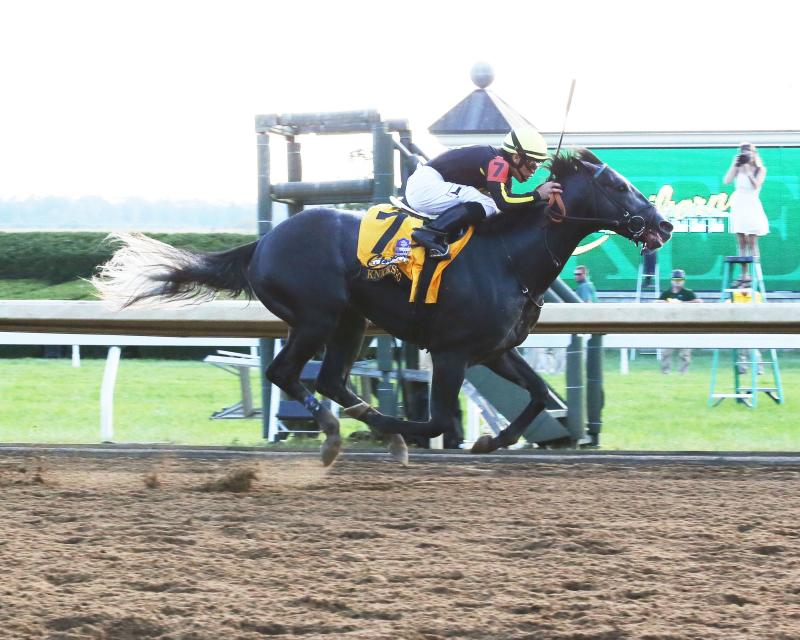 Knicks Go and Signalman, both of whom placed behind Game Winner in the Breeders' Cup Juvenile (G1) earlier this month, are among an overflow field in Saturday's $200,000 Kentucky Jockey Club (G2) at Churchill Downs.

A field of 14, plus two also-eligibles, were entered in the 1 1/16-mile Kentucky Jockey Club, a 2019 Road to the Kentucky Derby series prep that will award Derby qualifying points of 10-4-2-1 to the top four finishers. Knicks Go and Signalman are also individual entries in this week's Pool 1 of the Kentucky Derby Future Wager (KDFW).

This will mark the third consecutive meeting between Knicks Go and Signalman, who first met in the October 6 Breeders' Futurity (G1) at Keeneland. Knicks Go sprung a huge 70-1 upset, winning the Futurity by more than five lengths with Signalman second.

In the Breeders' Cup, Knicks Go held a short lead around the far turn and in upper stretch before the favored Game Winner got by to win by 2 1/4 lengths. Knicks Go held second by a length over the rallying Signalman.

Despite drawing post 12 Saturday, Knicks Go has the early foot to get in favorable early position. Signalman, who broke from post 1 in the Breeders' Futurity and the far outside post 13 in the Breeders' Cup, will again break from post 1 and figures to come from behind.

Other KDFW entries in the Kentucky Jockey Club lineup are Dunph and King for a Day. Dunph has won both starts by wide margins, including the restricted Spendthrift Juvenile Stallion at Churchill on October 28, which followed an easy maiden score at Penn National. King for a Day, third to Champagne (G1) winner Complexity in their mutual debut, rebounded to break his maiden at Belmont in wire-to-wire fashion for Todd Pletcher.

Pletcher will also send out Current, winner of the Bourbon (G3) on turf at Keeneland but only seventh in the Breeders' Cup Juvenile Turf (G1) last time. Other Bourbon alumni in the KJC field are fifth-place finisher Mick's Star and sixth-placed Tracksmith.

Roiland and Limonite were separated by a neck in a course-and-distance allowance on the Stars of Tomorrow I card on October 28, while Plus Que Parfait broke his maiden in his first two-turn attempt at Keeneland last month. Another last-out graduate to watch for is Blue Steel, who won by five lengths going seven furlongs.

The Kentucky Jockey Club is the fourth leg of the Fleur de Lis Pick 4 on Saturday, with a scheduled post time of 5:56 p.m. (EST). The race can be watched and wagered on at TwinSpires.com. 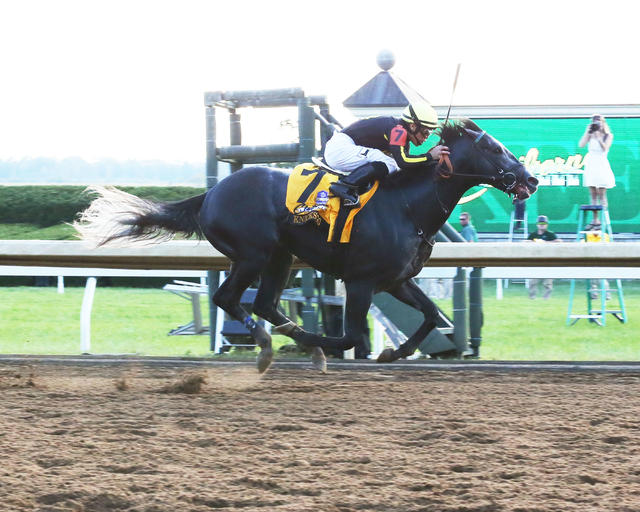