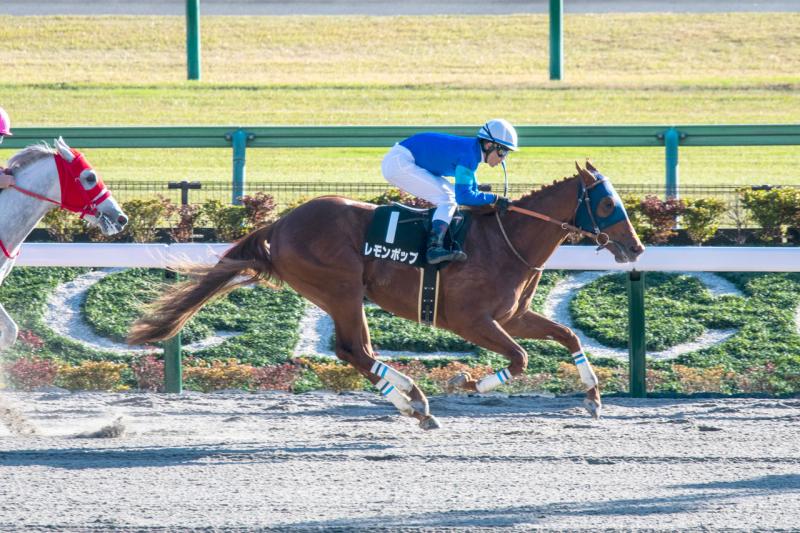 Lemon Pop and Takeru Pegasus turned the Cattleya into a virtual match race, with a 10-length gap back to Plus Ultra in third. Their dominance on the track was presaged by their dominance in the betting: Takeru Pegasus went off as the 9-10 favorite, while Lemon Pop was the 7-5 second choice, and no other runner was less than 15-1. Those were the odds on third choice Famous Dandy.
Both Lemon Pop and Takeru Pegasus were coming off sharp maiden wins on the Tokyo track. Lemon Pop had flashed real promise by taking his debut at about 6 1/2 furlongs, and Takeru Pegasus had run off in his second try at this metric mile trip.
As a son of 1999 Belmont (G1) and Travers (G1) champion Lemon Drop Kid, Lemon Pop had every right to relish the step up in trip. The question was whether Takeru Pegasus would be able to open up a safe enough margin before Lemon Pop’s stamina came into play. He didn’t.
Takeru Pegasus went straight to the front, and the aptly-named light gray dictated a strong pace. The rail-drawn Lemon Pop had the tactical speed to stalk alongside Famous Dandy. When Famous Dandy could not maintain his position turning for home, Lemon Pop had plenty of room to maneuver to the outside and take aim on the leader.
The top two had the stretch run all to themselves. Takeru Pegasus tried to maintain his edge, but Lemon Pop was relentless. Under Keita Tosaki, the Hiroyasu Tanaka trainee finally wore down Takeru Pegasus and edged 1 1/2 lengths clear.
Takeru Pegasus took home 4 points as next best, having run all the others off their feet. Third-placer Plus Ultra (2 points) was a neck up on Shin Yomoginesu (1 point). Keep It Simple, Famous Dandy, Plaisir Minoru, Self Made, No Double Dip, Miko Black, and Gratt Eldingu concluded the order of finish.
By negotiating 1,600 meters (about a mile) in 1:36.4, Lemon Pop extended his record to 2-for-2. The chestnut colt, who sold for $70,000 as a Keeneland November weanling, has a fine pedigree on his dam’s side as well. He is out of the Giant’s Causeway mare Unreachable, and his second dam is Grade 3 victress Harpia, a full sister to international sire Danehill.
Lemon Pop has gotten the Japan Road off to a promising start. Whether he goes to Kawasaki for the next scoring race, the Dec. 16 Zen-Nippon Nisai Yushun or not, he’d be a natural to advance to third race on the schedule, the Hyacinth at the same course and distance as the Cattleya, in February. The points on offer increase with every race, culminating in the Fukuryu at Nakayama that’s worth 40 points to the winner. 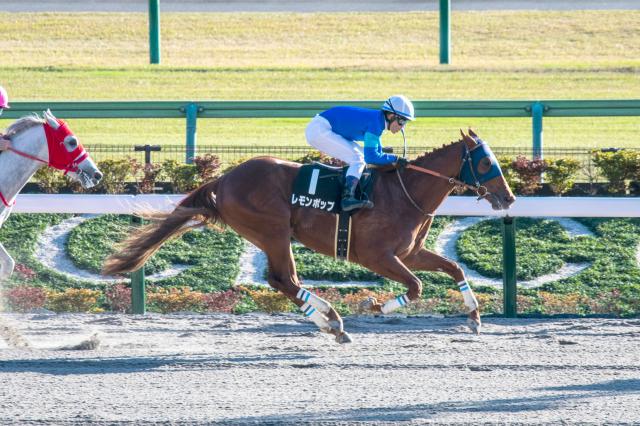