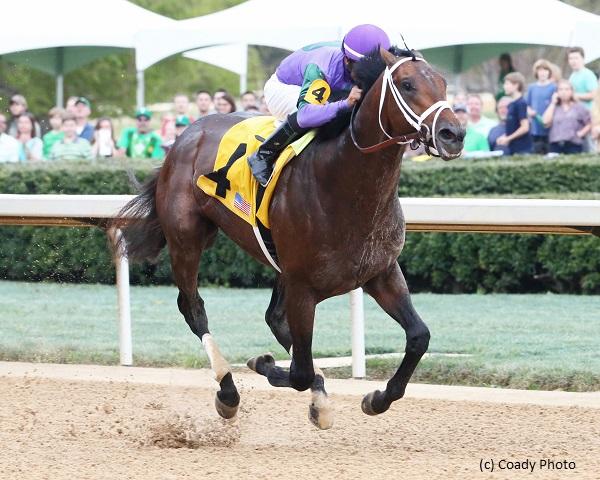 A bay son of Malibu Moon owned by Robert & Lawana Low, Magnum Moon picked up 50 points winning the Road to the Kentucky Derby series race. And similar to Justify, who was bet down to 6-1 favoritism among individual interests in Pool 3 of the Kentucky Derby Future Wager following a runaway allowance win last weekend, Magnum Moon was unraced as a juvenile.

The talented 3-year-olds are aiming to overcome a 136-year drought at Churchill Downs on May 5, with Apollo being the last unraced 2-year-old to win the Kentucky Derby in 1882.

Magnum Moon graduated at first asking by 4 ½ lengths, taking a 6-furlong maiden special weight at Gulfstream Park on January 13, and stretched out to two turns with a facile two-length allowance score at Tampa Bay Downs on February 18.

Off as the 3-1 second choice in the 10-horse Rebel field, Magnum Moon was bumped soon after leaving the starting gate but quickly recovered to establish a forward stalking position between rivals in third rounding the first turn. Saez maneuvered him in the clear, a few paths off the rail and about a length behind pacesetter Title Ready for the run down the backstretch.

Magnum Moon advanced to second entering the far turn and collared Title Ready (who established splits in :23.42, :47.15 and 1:11.26) by the top of the stretch, accelerating clear and continuing to widen the advantage as he finished powerfully.

Solomini, the even-money favorite, outfinished 8-1 fourth choice Combatant by a head for second. Runner-up in the Breeders’ Cup Juvenile (G1), Solomini was making his first start since being disqualified and placed third in the Los Alamitos Futurity (G1) in mid-December. The Bob Baffert-trained colt didn’t break smoothly and experienced an inside trip before being blocked turning for home, and Solomini figures to gain valuable fitness from the second-best effort.

Bred in Kentucky by Ramona Bass, Magnum Moon was purchased for $380,000 as a yearling at the 2016 Keeneland September sale. He’s out of the unraced Unbridled’s Song mare Dazzling Song.

“We took like two weeks to make that decision (to ride Magnum Moon). I always thought this horse was going to be a good horse. I love Sporting Chance, he’s a very good horse. But we decide to ride him today and he proved he’s a good horse.”

Talking about his trip down the lane:

“He was traveling pretty good. He broke good and was in the right spot. When he came to the stretch, he just kept running and never stopped. Well it was magnificent you know. That horse is a pretty good horse. He proved today that he can really run and I don’t know. Let’s see, hopefully everything will be going good for the (April 14) Arkansas Derby (G1).”

“We’re just going to relish this victory and take one (win) at a time. We’ll just see how he comes back. Luis, Todd, the whole team did a fantastic job and we’re just so proud to be associated with this horse. We’d been communicating with Todd where he was. We were confident, but nervous. He got the job done. Todd is very organized. We knew he had him ready for the race.”

“Had a good race…We had a good trip. We got on the inside and that’s not the best for him, but then I wasn’t going to keep him off. And he made a nice run. I mean he ran a good second.”

“Zing Zang, the race track has not been playing towards him at all this year. Combatant, I would have loved to have had a better draw so he would have had a better position earlier. He made a long run and looked like he got a little tired down the lane. Title Ready held on really well.”

“He ran good today again. He doesn’t know how to run yet so he is doing better and better every time. He only got beat for a second. He ran good, I am happy how he ran. Steve is happy and the owner is happy and you know we will go from there.” 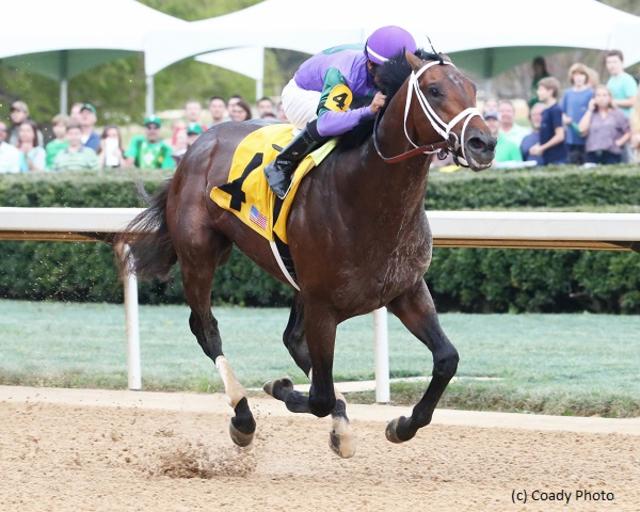