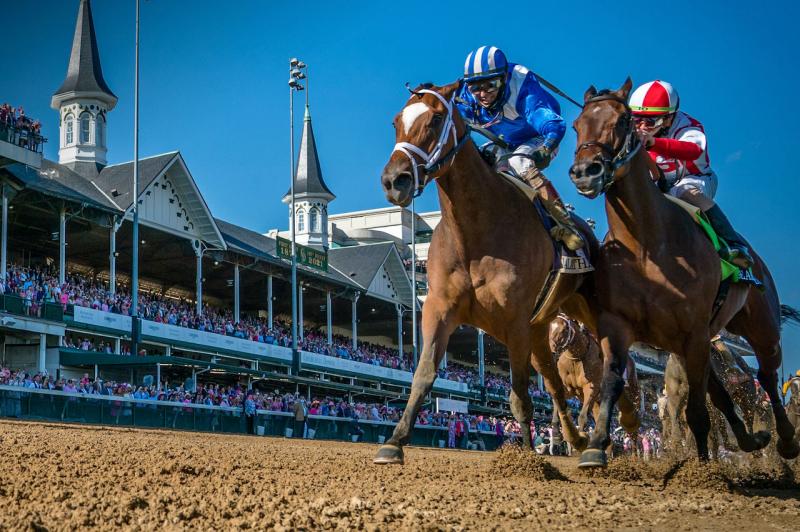 LOUISVILLE, KY (Friday, April 30, 2021) – Shadwell Stable’s Malathaat edged Search Results by a neck after a stretch battle of undefeated fillies to win the 147th running of the $1.25 million Longines Kentucky Oaks (GI) for 3-year-old fillies before a crowd of 41,472 on a sun-drenched Friday afternoon at Churchill Downs.

Trained by Todd Pletcher and ridden by John Velazquez, Malathaat covered the 1 1/8 miles on a fast main track in 1:48.99. The victory is the fourth in the Oaks for Pletcher and the second for Velazquez.

Pletcher’s previous victories came with Princess of Sylmar in 2013, Rags to Riches in 2007 and Ashado in 2004, the latter with Velazquez aboard.

Travel Column and Moraz led the field of 13 through opening fractions of :23.60 and :47.47 and 1:11.21 as Search Results with Irad Ortiz Jr. aboard tracked in third and Malathaat a bit further back in fifth.

Nearing the final turn, Travel Column disposed of Moraz but was soon joined by Search Results to her outside and Malathaat three-wide.

By the three-sixteenths pole, the battle was down to Search Results with her perfect 3-for-3 mark on the line against Malathaat who entered the Oaks 4-for-4. Malathaat stuck her neck in front but Search Results refused to yield as they dueled to the wire.

The victory puts Pletcher and Velazquez in position to make some history Saturday in the $3 million Kentucky Derby presented by Woodford Reserve (GI).

Seven riders have won the Oaks and Derby in the same year with the most recent being Calvin Borel in 2009.

Malathaat is a Kentucky-bred daughter of Curlin out of the A.P. Indy mare Dreaming of Julia. The victory was worth $713,000 and increased Malathaat’s earnings to $1,125,150 with five wins in five starts.

Completing the field in order were Clairiere, who was a nose back in fourth, Travel Column, Millefeuille, Maracuja, Pauline’s Pearl, Coach, Crazy Beautiful, Moraz, Pass the Champagne and Competitive Speed 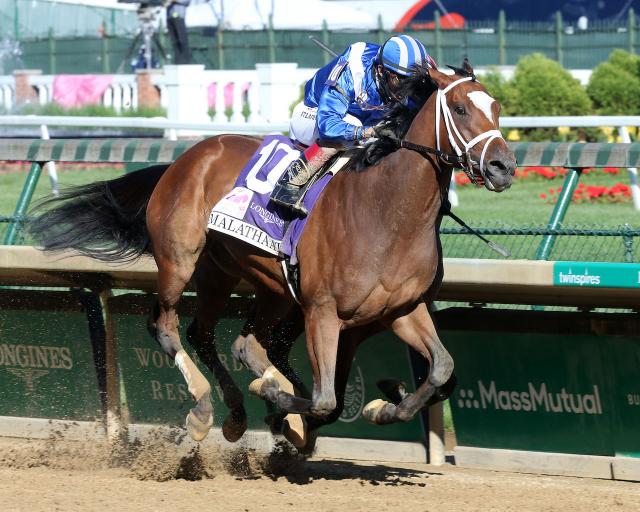