Grade 2 victor Mandaloun, who crossed the wire second in the Kentucky Derby (G1) in his latest offering, makes his first start since the Run for the Roses in Sunday’s $150,000 Pegasus S. at Monmouth Park.

The Brad Cox trainee first served notice that he was a horse to be reckoned with as a juvenile when winning both of his starts at two. A close third in the Lecomte S. (G3) kicked off his 2021 campaign, and he responded to the addition of blinkers in his next performance when taking the Risen Star S. (G2) at Fair Grounds. An unplaced Louisiana Derby (G2) effort was next, prior to his fine run at Churchill Downs when he was a bit unlucky not to have finished first.

By top sire Into Mischief, the bay colt has trained well in advance of Sunday, which he is using as a prep for the Haskell S. (G1) on July 17. Regular rider Florent Geroux comes along for the ride.

Weyburn was a game winner of the Gotham S. (G3) in his three-year-old bow and was last seen coming home fourth in the Wood Memorial S. (G2) at Aqueduct. The Jimmy Jerkens trainee has been pointed towards a second-half campaign, and the Pioneerof the Nile colt is the main danger to the favorite with Dylan Davis taking the reins.

Remsen S. (G2) star Brooklyn Strong was an even fifth in the Wood preceding his unplaced showing in Louisville on May 1, but the gelding fits well in this spot. Trained by Danny Velazquez, the bay son of Wicked Strong will be rallying from off the pace after saving ground from his inside post throughout.

Todd Pletcher’s Dr Jack is two-for-two in his career and exits an allowance win at Pimlico. The well-bred colt could be dangerous with another step forward while making his stakes debut in the Pegasus. Paco Lopez will guide the intriguing prospect.

Antonio Sano’s Lugamo rounds out the compact field. The stakes-placed son of Chitu will need major improvement following his 12th-place result in the UAE Derby (G2). Angel Cruz will guide the speedy sophomore.

Mandaloun has the early presence to stay in touch with his four foes, and he has a class edge over them as well. The Juddmonte homebred will return to his winning ways on Sunday. 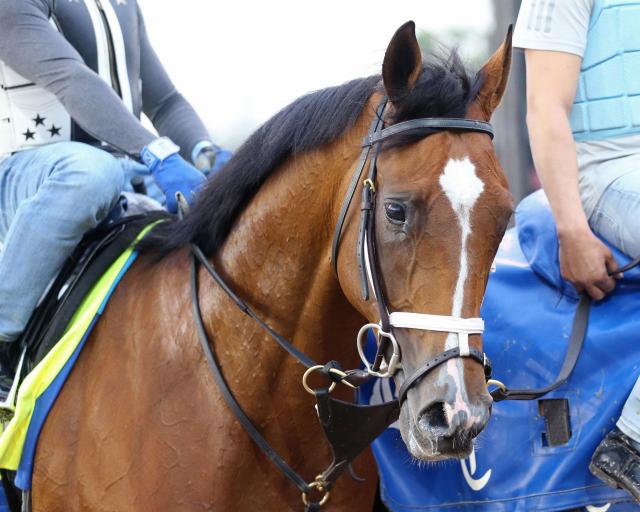