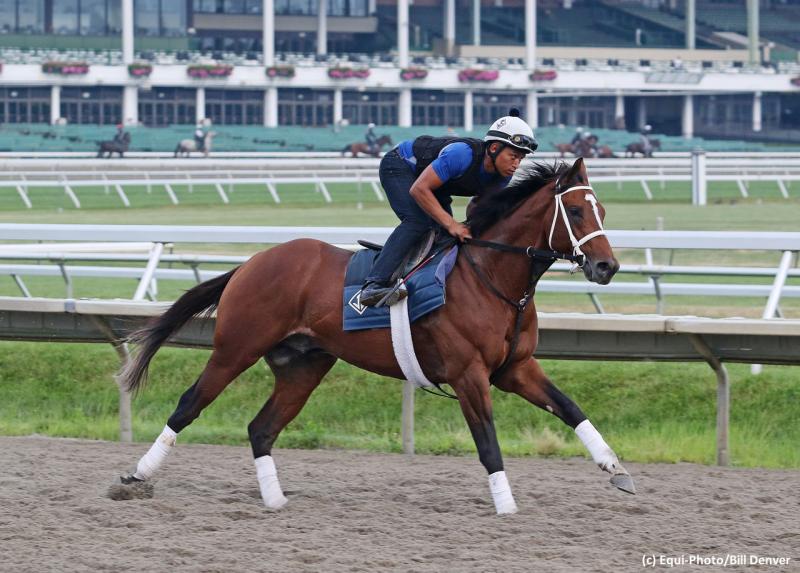 The popular but star-crossed Maximum Security will make his belated fall debut in the $200,000 Bold Ruler H. (G3) on Saturday at Belmont Park, the first stepping stone toward reclaiming leadership of the three-year-old division.

For about 20 minutes on the first Saturday in May, Maximum Security was the toast of Louisville, having crossed the wire first by 1 3/4 lengths in the Kentucky Derby (G1). But following a long deliberation, Maximum Security was disqualified for causing interference on the far turn, snatching a classic victory away from the previously undefeated colt.

The rest of Maximum Security's season has been a mixed bag of highlights and setbacks. Conditioned by Jason Servis, Maximum Security employed his tactical speed to score victories in the Florida Derby (G1) and Haskell Invitational (G1), but a battle with colic caused him to miss a scheduled start in the Pennsylvania Derby (G1), which in turn left him without a prep run for the November 2 Breeders' Cup Classic (G1).

These setbacks have shaken Maximum Security's leadership of the division, but a strong effort in the Bold Ruler could lead to a start in the Cigar Mile (G1) or Clark H. (G1) this fall, giving him a chance to make a late-season run at the championship title.

A solid gallop at Belmont on Sunday has Servis convinced Maximum Security is sitting on a big effort in the Bold Ruler, where he'll face older rivals for the first time while sprinting just seven-eighths of a mile.

"[The gallop] was great," Servis said. "I like the cut back. He's won at this distance. All systems are go."

Owned by Gary and Mary West, Maximum Security has drawn the rail in the Bold Ruler and will have regular rider Luis Saez in the saddle.

The presence of Maximum Security hasn't scared off any challengers, as seven other accomplished runners will join the disqualified Derby winner in the Belmont starting gate. Prince Lucky, winner of the Hal's Hope (G3) and Gulfstream Park Mile (G2) last winter, looms as the most formidable opposition after finishing a close second in the Kelso H. (G2) last month for two-time Kentucky Derby-winning trainer Todd Pletcher.

But there are other worthy challengers. Killybegs Captain is an accomplished sprinter in career-best form, having won the Frank J. De Francis Memorial Dash (G3) five weeks ago. The speedy Knicks Go won the Breeders' Futurity (G1) as a juvenile last fall. True Timber was beaten less than a length in the 2018 Cigar Mile (G1). Tale of Silence claimed the 2018 Westchester (G3) at Belmont Park, and Diamond King was beaten a half-length in the Charles Town Classic (G2) this spring.

Completing the field is longshot Wonderful Light, stepping up in class after scoring two allowance victories during the summer.

The Bold Ruler is the eighth race of the day at Belmont Park, with a projected post time of 4:40 p.m. (EDT). You can watch and wager at TwinSpires.com. 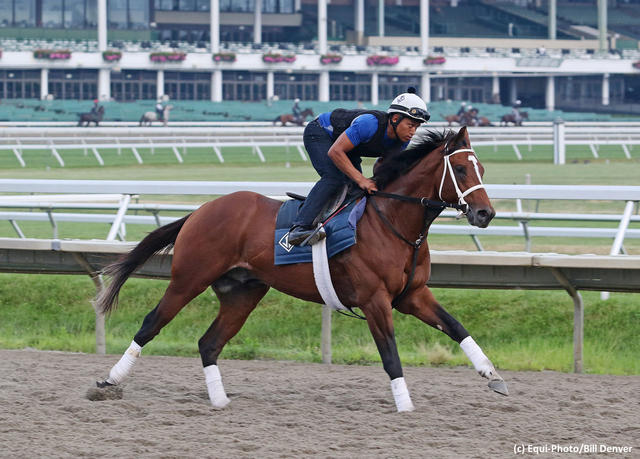