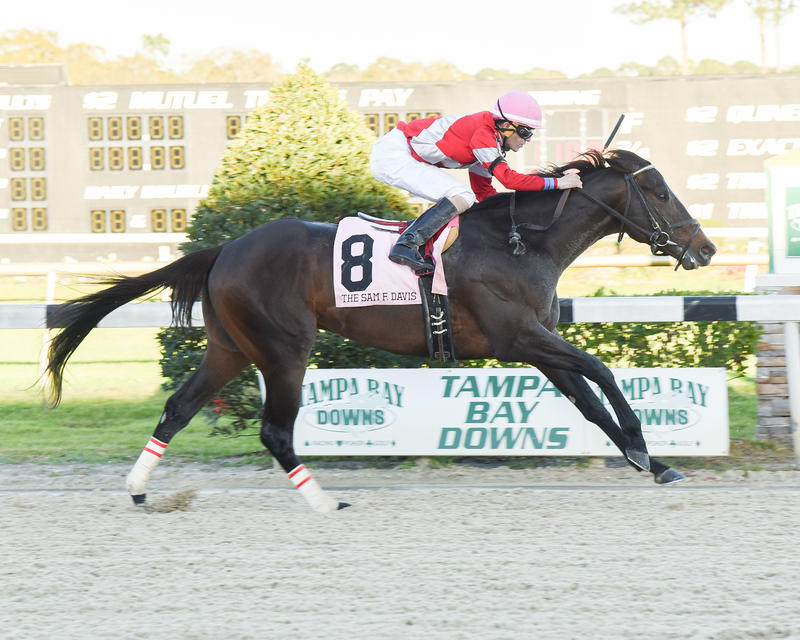 The Ian Wilkes pupil found himself in seventh behind the main body of the nine-horse field early on. State of Honor set the pace up front through splits of :23.63, :47.15 and 1:10.90 while dogged by Fact Finding and Chance of Luck.

Meanwhile, jockey Brian Hernandez Jr. was letting McCraken make his own way down the backstretch. Heading into the turn, the duo kicked it up a notch and circled the front runners four wide. They continued motoring to hold off a very game Tapwrit, who found himself blocked and was forced to go wide in upper stretch.

McCraken already made a name for himself last year when taking both the Street Sense Stakes and Kentucky Jockey Club Stakes (G2) at Churchill Downs. The Ghostzapper colt also captured his maiden debut under the Twin Spires and was making his first start outside of that track in this spot.

Tapwrit ran well in defeat, running out of room late, and made his debut on the Kentucky Derby Leaderboard in the 23rd spot with four points for finishing a length in front of State of Honor. That third-place runner took home two points and was followed by Wild Shot, who earned one point.

“If he’s good enough, he’ll take us there (to the Kentucky Derby). I don’t know how good (he is). But there have been some nice horses that have run a mile-and-a-sixteenth here. We’ve got a long way to go. This is not a one-race program. I want two more races for him, then the Derby. This is just one stepping stone, and we keep building.

“Let’s pay all credit to the horse. He’s taking us there. Let’s pay attention to him.”

“He puts a lot of confidence in you, that’s for sure. You’ve just got to go with it and ride him with confidence. I asked him at about the half-mile pole and he hesitated a bit, but I think that was his way of telling me ‘Don’t worry. We’re going to get the job done.’” 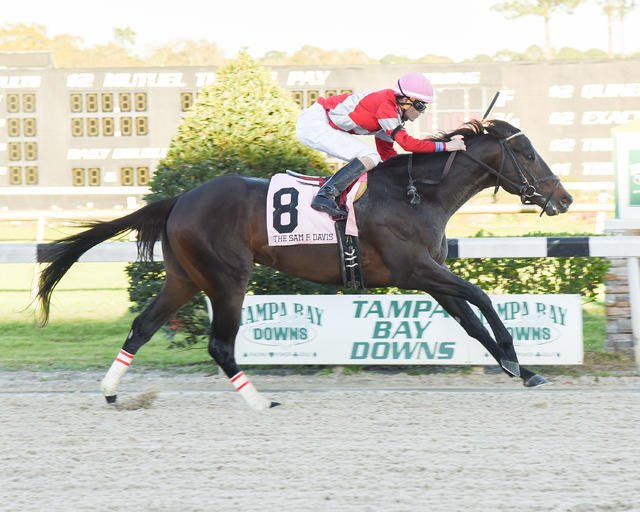