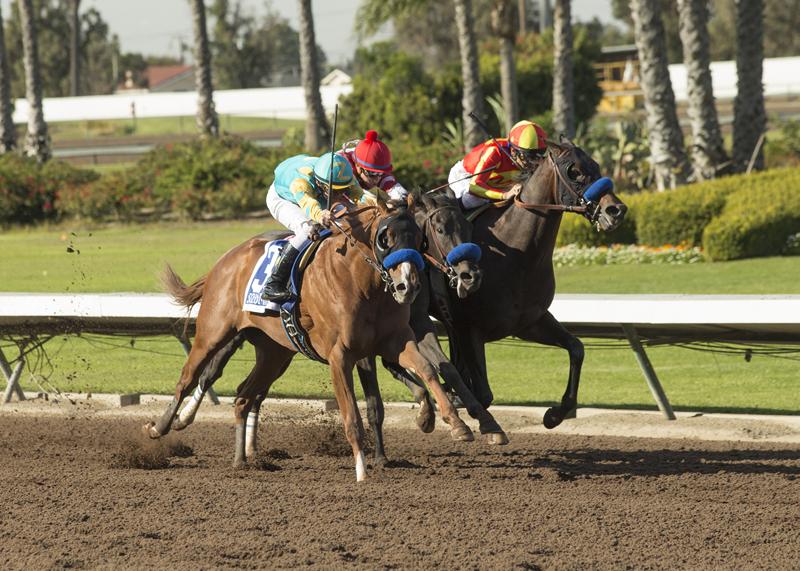 The first disqualification from first in the 37-year history of the Los Alamitos Futurity (G1) occurred Saturday, but Hall of Fame trainer Bob Baffert still came out a winner for the 10th time in the 1 1/16-mile, $300,000 race as odds-on favorite McKinzie was elevated to the top after the demotion of stablemate Solomini to third.

In a three-horse battle down the stretch, McKinzie raced on the inside, Instilled Regard between horses, and Solomini charging outside that pair. Under right-handed urging from Drayden Van Dyke, Solomini bore in and bumped Instilled Regard before straightening out and passing the wire first by three parts of a length in a time of 1:42.57 on a fast track. McKinzie, ridden by Mike Smith, repelled Instilled Regard by a head for second.

Immediately launching an inquiry, the stewards, in a 2-1 majority decision, ruled that Solomini had sufficiently interfered with Instilled Regard to cost him a higher placing. Runner-up to Bolt d'Oro in the FrontRunner (G1) and to Good Magic in the Breeders' Cup Juvenile (G1) in his previous two starts, Solomini was disqualified and placed third.

Making just his second career start following a 5 1/2-length maiden win at Santa Anita over seven furlongs on October 28, McKinzie earned the $180,000 first prize and returned a $3 mutuel. He also earned 10 qualifying points as the Futurity was part of the Road to the Kentucky Derby series.

Instilled Regard, a near 18-1 chance and also exiting a maiden win, was moved up to second and earned four Derby points. Solomini earned two points for third, and now has a total of 14. For Him was a distant fourth and Runaway Ghost trailed the field of five, with the former earning one Derby point.

A $170,000 Keeneland September purchase, McKinzie is owned by Mike Pegram, Karl Watson, and Paul Weitman, who named him after the late Los Alamitos executive Brad McKinzie, who passed away last summer. He's by juvenile champion and 2007 Kentucky Derby (G1) winner Street Sense and out of the Petionville mare Runaway Model, winner of the 2004 Alcibiades (G2). He was bred in Kentucky by Summer Wind Farm and has now bankrolled $210,000. 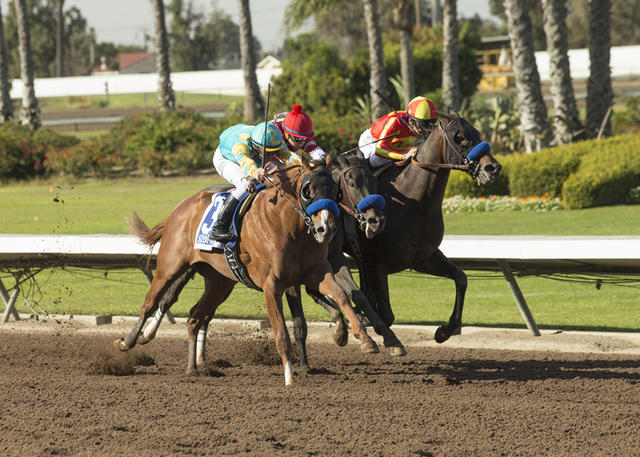