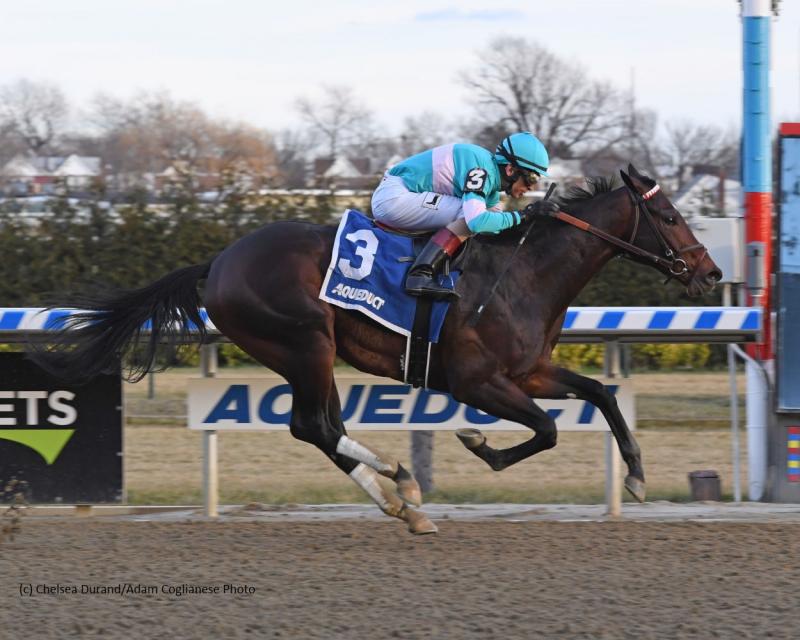 Half of the four Road to the Kentucky Derby preps scheduled in the month of January are in the books, and joining the point leaderboard early in 2019 was Mind Control, who earned 10 points for winning the $150,000 Jerome at Aqueduct on New Year's Day.

Moving up the leaderboard after a score in last weekend's Sham (G3) at Santa Anita was Gunmetal Gray, whose 10 points for that win increased his total to 14 points. He had previously run second to Game Winner in the American Pharoah (G1) in September.

The presumptive juvenile champion, Game Winner, will maintain his position atop the board well into February. With 30 points courtesy of victories in the Del Mar Futurity (G1), American Pharoah, and Breeders' Cup Juvenile (G1), he currently has a 12-point lead over Breeders' Futurity (G1) hero and Breeders' Cup runner-up Knicks Go, and Kentucky Jockey Club (G2) victor Signalman.

The final two point-scoring opportunities of the month, with 10 qualifying points designated to the winner of each, will take place at Fair Grounds and Oaklawn Park. The Lecomte (G3) at Fair Grounds will be on January 19, while the $150,000 Smarty Jones at Oaklawn takes place on January 25.

The Derby trail heats up more a week after the Smarty Jones when three preps are contested on February 2. Mind Control could return for the Withers (G3) at Aqueduct, while Gulfstream and Santa Anita host their next preps, the Holy Bull (G2) and Robert B. Lewis (G3), respectively.