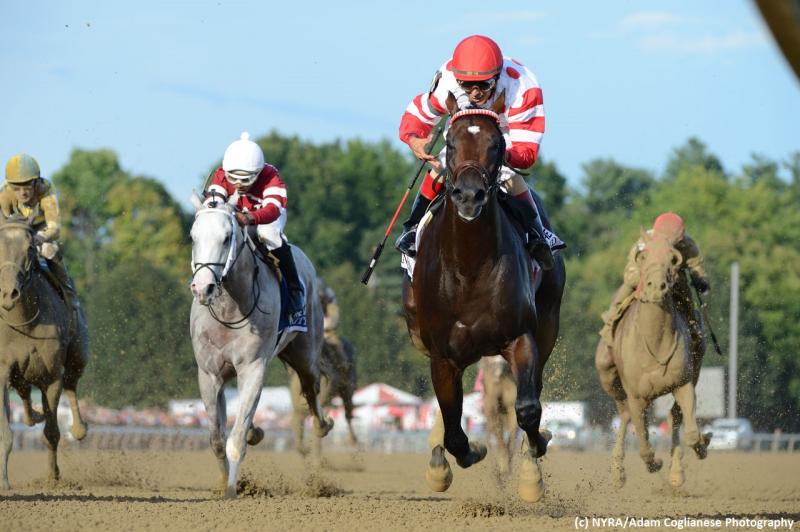 Mind Control displayed excellent moxie winning the Hopeful (G1) at Saratoga on September 3, shrugging off multiple challenges on the front end to prevail by nearly a length in his stakes debut, and the speedy son of Stay Thirsty will try to carry his momentum forward from post 13 for Saturday’s $500,000 Breeders’ Futurity (G1) at Keeneland.

A “Win & You’re In” for the November 2 Breeders’ Cup Juvenile (G1) at Churchill Downs, the 1 1/16-mile Breeders’ Futurity also offers a total of 17 points (10-4-2-1) to the top four finishers as a Road to the Kentucky Derby series qualifier.

Trained by Greg Sacco, Mind Control finished second when making his first outing at Delaware Park in early July and came back to break his maiden the second time out at Monmouth Park on August 12, scoring by three lengths as the odds-on favorite. The bay colt was overlooked at 10-1 in the Hopeful while adding the services of John Velazquez, who will stay aboard Saturday, and it will be interesting to see what kind of trip Mind Control gets from his wide draw.

Sombeyay, winner of the Sanford (G3) at Saratoga two starts back, will take another shot at Mind Control following a fourth in the Hopeful. Luis Saez takes over the reins on the son of Into Mischief for Todd Pletcher. Unionizer followed a front-running maiden tally at Saratoga with a wire-to-wire win in the September 1 Sapling at Monmouth and merits respect in this spot for Bill Mott. The Union Rags colt will receive a jockey switch to Florent Geroux.

Standard Deviation invades for Chad Brown off a sharp 2 1/2-length score in an off-the-turf maiden at Saratoga but faces a difficult assignment from the far outside post with Javier Castellano. Dream Maker posted an eye-catching debut win at Churchill Downs and returned from a three-month layoff with a rallying fifth in the Hopeful. The Tapit colt is eligible to show more stretching out to two turns with Julien Leparoux.

Steve Asmussen has the duo of Ellis Park Juvenile winner Tobacco Road, fourth most recently in the Iroquois (G3); and impressive maiden victor Fluminese, who checked in third when trying the turf versus stakes foes at Woodbine last time. Dale Romans has a trio with last-out maiden conquerors Mr. Ankeny and Moonster; and Iroquois fifth-placer Everfast. 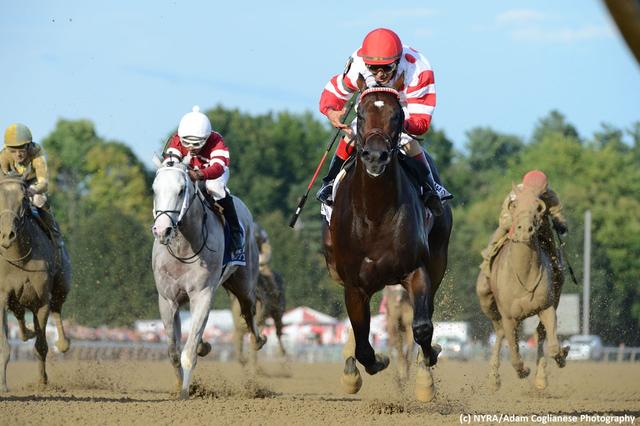