Mischevious Alex too good in Gotham 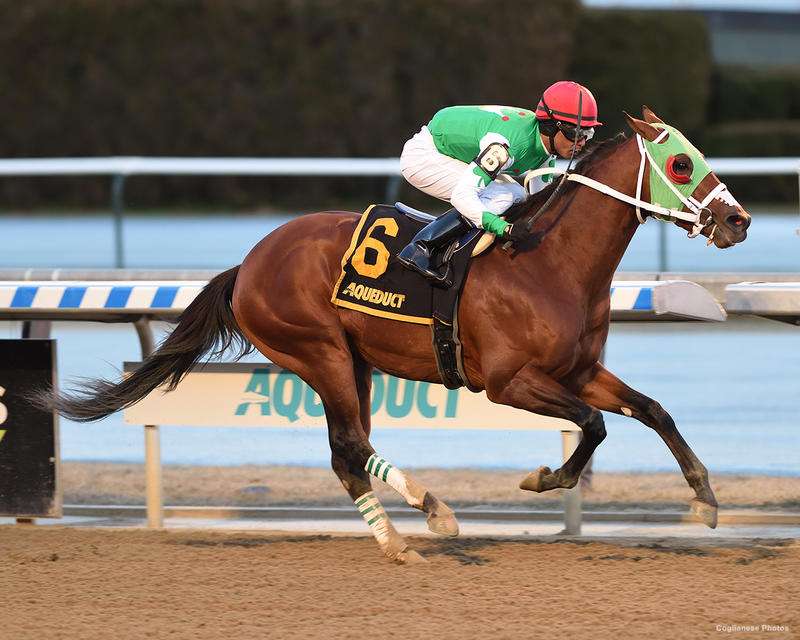 Cash Is King and LC Racing’s Mischevious Alex followed up his recent Swale (G3) romp with another emphatic performance in Saturday’s $300,000 Gotham (G3) at Aqueduct. Making his first appearance in a scoring race, the John Servis trainee netted 50 points on the Kentucky Derby (G1) leaderboard.

The 8-5 favorite with jockey Kendrick Carmouche, Mischevious Alex attended the early pace set by War Stopper under pressure from Celtic Striker. While those rivals were soon finished, Mischevious Alex was on cruise control as he struck the front on the far turn. Untitled and Attachment Rate kept on in his wake, but neither could lift his game to challenge the two-length winner.

Mischevious Alex reeled off the one-turn mile in 1:38.80 and advanced his scorecard to 7-4-1-1, $344,230. Third in last summer’s Sapling at Monmouth and seventh when trying turf in the Laurel Futurity, the bay has won three straight since reverting to one turn and adding blinkers. He wired the Nov. 5 Parx Juvenile by 9 3/4 lengths and added the Swale, over the same 7-furlong trip but at Gulfstream, by seven on Feb. 1.

Mischevious Alex was kicking off a Derby prep double for sire Into Mischief, who is also responsible for Saturday’s unbeaten San Felipe (G2) winner Authentic. Now the Gotham winner is likely to take the next step on Aqueduct’s trail, the April 4 Wood Memorial (G2).