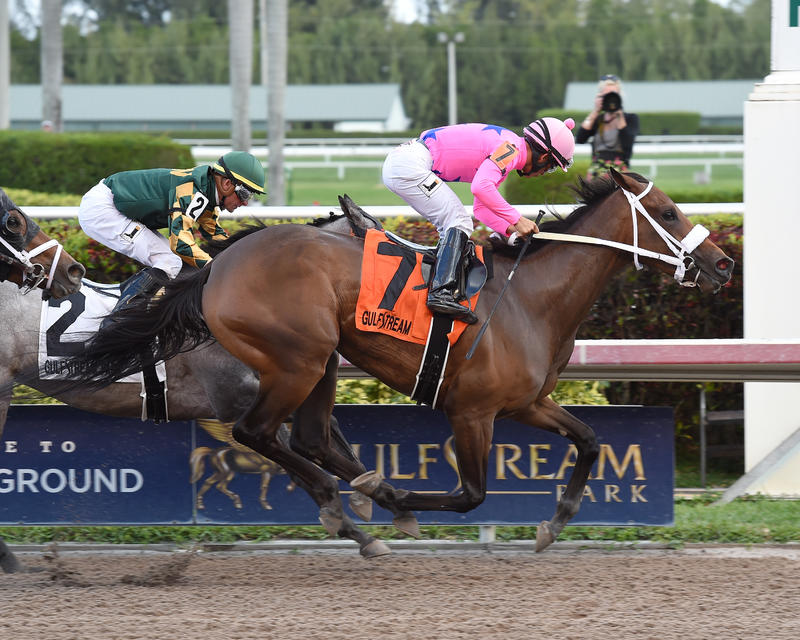 The First Samurai filly earned 50 points for the victory toward a spot in the Kentucky Oaks (G1) starting gate on May 5. The Davona Dale is part of the Championship portion of the Road to the Kentucky Oaks series of points races and offered up a total of 85 points to the top four finishers.

Miss Sky Warrior proved best in the 14-filly field, finishing just in front of Jordan’s Henny while completing a mile in 1:38.49. Ridden by Paco Lopez for trainer Kelly Breen, the dark bay miss was making her first start since taking the Demoiselle Stakes (G2) at Aqueduct on November 26. The Kentucky-bred lass is riding a four-race win streak now, having also broken her maiden and triumphed in the Tempted Stakes (G3) prior to the Demoiselle.

Jordan’s Henny took home 20 points after finishing a close second in her stakes debut. The gray daughter of Henny Hughes took seven tries to break her maiden last year, finally getting the job done on December 18 over track and distance.

Summer Luck came running at the end but ran out of track late. Third in the Old Hat Stakes and a rallying fourth in the Forward Gal Stakes (G2) in her two starts thus far this year, the Lookin at Lucky filly was awarded 10 points toward a Kentucky Oaks berth.

Modacious completed the top four under the Davona Dale wire in her first try against stakes rivals and past 6 1/2 furlongs. She earned five points. 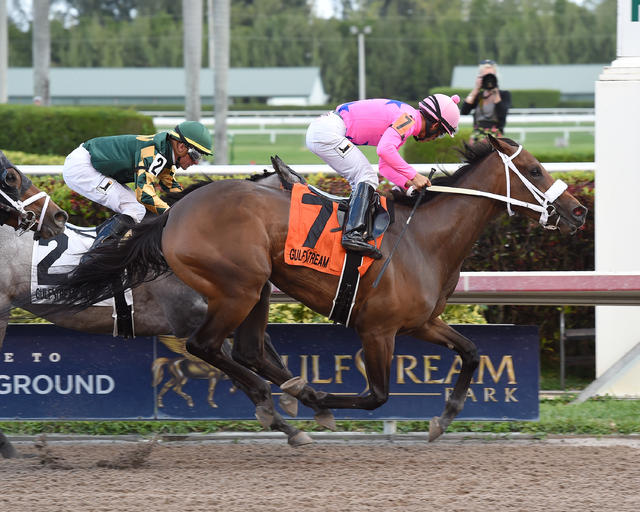