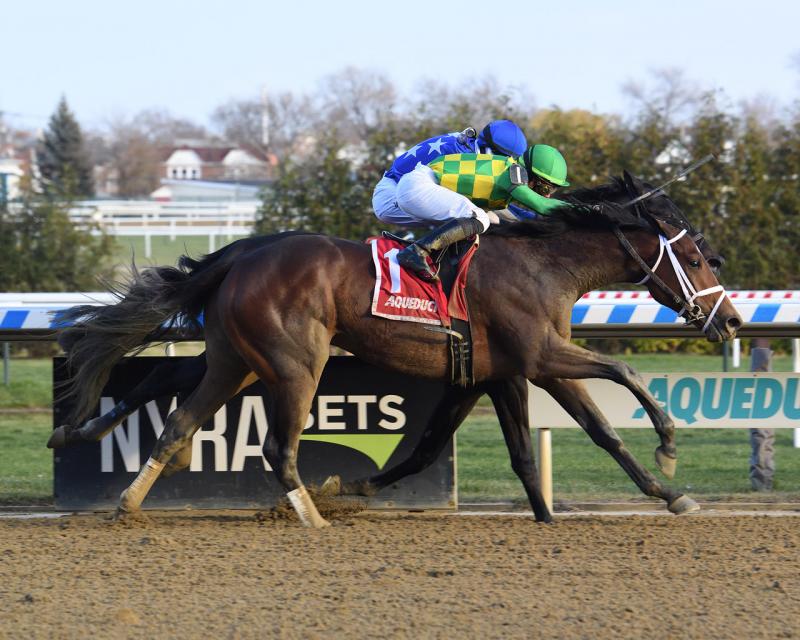 Mo Donegal prevailed in a stretch duel and survived an inquiry to win the $250,000 Remsen S. (G2) at Aqueduct on Saturday.

Under Irad Ortiz Jr., Mo Donegal saved ground until approaching the quarter pole, when he was swung five wide for the stretch run. Heading slight favorite Zandon at the furlong pole, Mo Donegal battled that foe to the wire and won by a nose. Contact between the two colts near the wire resulted in a stewards' inquiry, but the result was allowed to stand.

Owned by Donegal Racing and trained by Todd Pletcher, Mo Donegal paid $4.90 after covering 1 1/8 miles over a fast track in 1:53.61. Zandon finished 9 3/4 lengths clear of Midnight Chrome, who had a neck on Mr Jefferson. The order of finish was rounded out by Eloquist, Who Hoo Thats Me, Fromanothamutha, and Judge Davis.

A $250,000 Keeneland September purchase, Mo Donegal is by Uncle Mo and out of Callingmissbrown, a daughter of Pulpit and the Grade 1-winning Island Sand. He was bred in Kentucky by Ashview Farm and Colts Neck Stables. 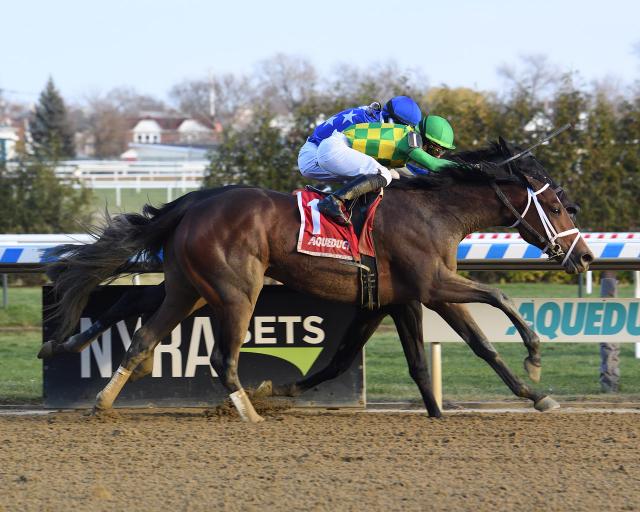