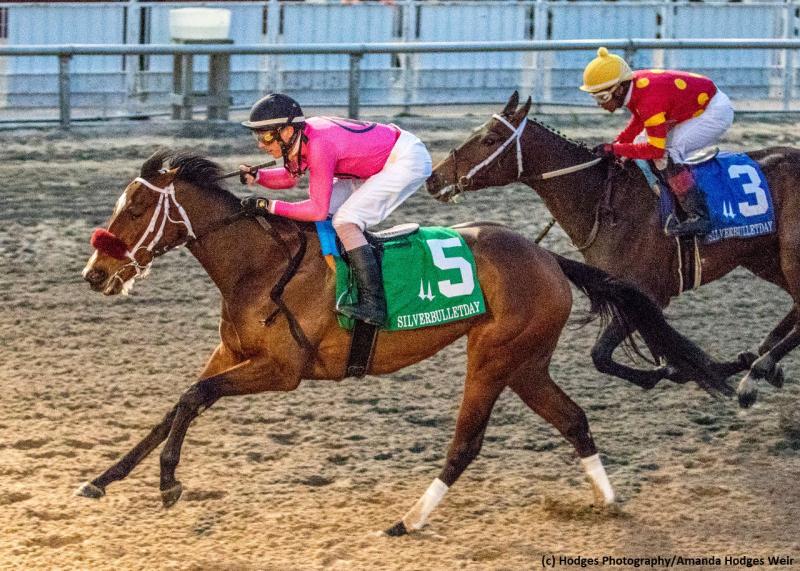 Mike Abraham, an Eclipse Award finalist for outstanding breeder thanks to Breeders’ Cup Classic (G1) star Accelerate, has now come up with a potential Kentucky Oaks (G1) filly. The Abraham-bred Needs Supervision made a successful stakes debut in Saturday’s $147,000 Silverbulletday at Fair Grounds, earning 10 points to land at number eight on the Oaks leaderboard.

Purchased by trainer Jeremiah O’Dwyer for $55,000 as a two-year-old in training at Fasig-Tipton Midlantic last May, Needs Supervision has now won three straight. She missed by a half-length in her first try at Penn National October 13, but has taken a step forward in every subsequent start. Needs Supervision broke her maiden at Laurel second time out, and followed up with a five-length romp – at odds of 37-1 – in a November 24 allowance at Churchill Downs.

That caught the attention of Gary Barber, Wachtel Stable, and Madaket Stables, which teamed up to buy into the filly campaigned by Howling Pigeon Farms. Needs Supervision made her first start for the newly expanded partnership, still including Howling Pigeon, in the Silverbulletday. By passing her stakes test, she proved a good buy all around, and kicked off a big double for Barber, the sole owner of convincing Lecomte (G3) winner War of Will.

Needs Supervision commanded much more respect from bettors this time, going off as the 5-2 second choice. With Joe Rocco Jr. back aboard, she stalked in third as Fun Finder led the way from Golden Rod (G2) winner Liora. Although Liora grabbed a brief lead, she was not striding as strongly as Needs Supervision, who swept to the fore in the stretch.

Then Eres Tu, the 31-1 longest shot on the board, threw down a challenge. Needs Supervision had never tried two turns before, while Eres Tu had the benefit of two races at this very trip. Responding well to the threat, Needs Supervision found more to prevail by three-quarters of a length. She negotiated the mile and 70 yards on a fast track in 1:45.34, almost a second slower than War of Will’s 1:43.44 in the Lecomte.

The top two were well clear of the rest. Grandaria, the 3-2 favorite after an allowance score over Eres Tu, could not confirm the form and checked in 5 1/4 lengths back in third. Liora faded to fourth, trailed by Cowgirls Like Us, Mandy Blue, and Fun Finder.

The Silverbulletday offered Oaks points on the 10-4-2-1 scale to the top four. Eres Tu thus opened her account with 4 points, Grandaria banked 2, and Liora pocketed 1. Since Liora already had 10 from her Golden Rod score, her new total of 11 puts her fourth on the leaderboard.

The Kentucky-bred is by Paynter, the 2012 Vox Populi winner and NTRA Moment of the Year honoree for his heroic battle over life-threatening colitis and laminitis. Her dam is the stakes-placed Moroccan Rose, by Carson City. 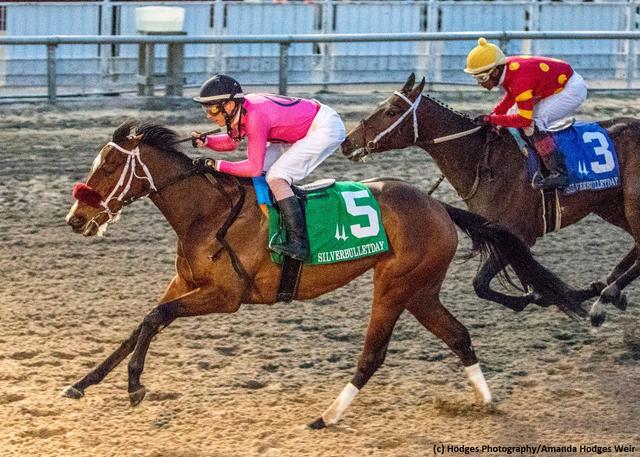