Newgrange stays on to take Southwest 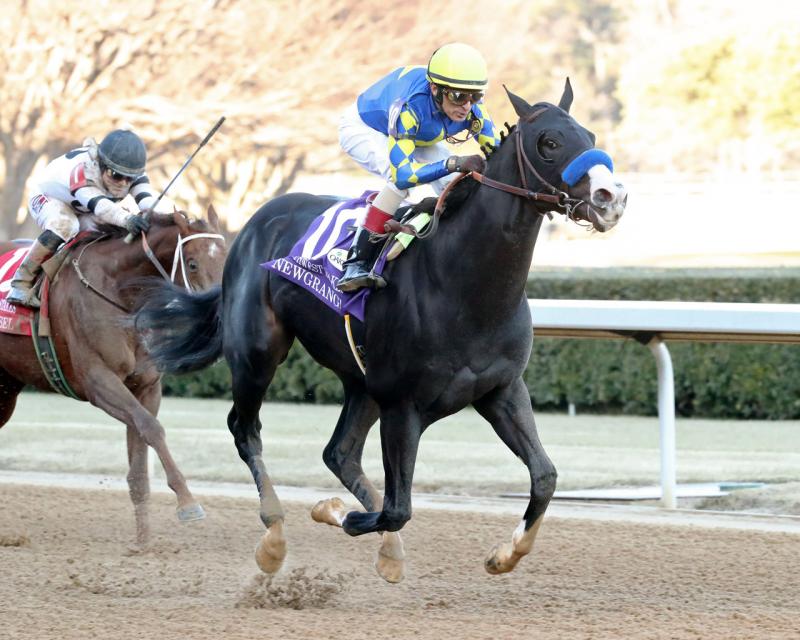 Newgrange preserved his unbeaten record in Saturday’s $750,000 Southwest (G3), but not quite the way backers of the 3-2 favorite might have envisioned. Under pressure a couple of lengths behind, the California shipper kept finding in the stretch and ultimately edged away by 1 1/2 lengths.

In his first two starts for Bob Baffert, Newgrange had been on or near the lead. The son of Violence forced the pace in a three-way scrum in his Del Mar debut sprinting, then wired the Sham (G3).
Drawing post 10 in the Southwest suggested that Newgrange might find himself in a close stalking role, if not able to clear other speed to his inside. Yet he made harder work of that job. Jockey John Velazquez later indicated that Newgrange wasn’t handling the Oaklawn surface well in the early stages.
As Kavod sped to the front, attended by Classic Moment, Newgrange initially tried to go with them, only to drop back further in third on the clubhouse turn. The favorite was still in a good spot down the backstretch. Nearing the far turn, however, he began to appear vulnerable as Ben Diesel, Osbourne, and Dash Attack advanced on his inside.
Kavod saw off Classic Moment and continued to hold on grimly, but the picture was changing by midstretch. Ben Diesel began to grind his way into contention on the inside, Barber Road rallied energetically on the outside, and Newgrange, after looking beaten, finally started to find his stride.
Kicking into gear late, Newgrange pulled clear to complete 1 1/16 miles in 1:45.83. He is ineligible for Derby points because his trainer is suspended by Churchill Downs Inc from competing in the 2022 Kentucky Derby.
Fast-closing Barber Road picked up four points for another runner-up effort, after filling that spot in the Smarty Jones S., and doubled his tally to eight. Ben Diesel checked in third, good for two points, and he now has three in all. Kavod faded to fourth, replicating his Smarty Jones finish, and doubled his account to two points.
Smarty Jones winner Dash Attack sustained his first loss in fifth. Classic Moment, Call Me Jamal, Osbourne, Costa Terra, Vivar, Ignitis, and Don’tcrossthedevil rounded out the order of finish.
Now 3-for-3, Newgrange has earned $552,000 for the ownership consortium of SF Racing, Starlight Racing, Madaket Stables, Robert E. Masterson, Stonestreet Stables, Jay Schoenfarber, Waves Edge Capital, Catherine Donovan, Golconda Stable, and Siena Farm.
Newgrange was bred in Kentucky by Jack Mandato and Black Rock Thoroughbreds. The $125,000 Keeneland September yearling purchase is out of Bella Chianti, a daughter of Empire Maker and Grade 2 winner Bella Chiarra. 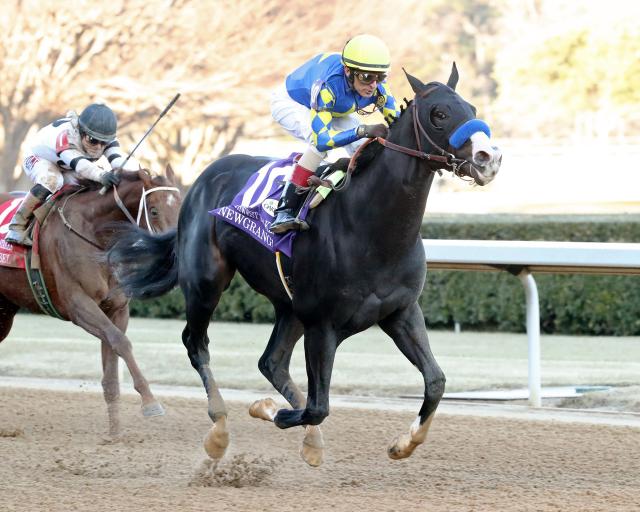