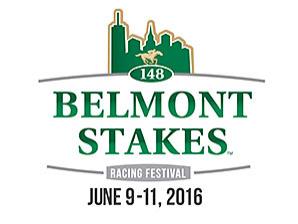 The roster of 3-year-old Thoroughbreds eligible to compete for the honor of succeeding Zayat Stables’ American Pharoah as the 12th horse to sweep the American Triple Crown has climbed to 377 after nine horses were made eligible for the coveted three-race series during its late nomination phase that closed just before midnight (EDT) on Monday, March 21.

The owners of eight colts and one gelding paid a fee of $6,000 during the late nomination phase to make their horses eligible to run in the 2016 renewals of classic races that includes the 142nd running of the 1 ¼-mile $2 million Kentucky Derby Presented by Yum! Brands (Grade I), which will be run on Saturday, May 7 at Churchill Downs; the $1.5 million Preakness (GI), the 1 3/16-mile second jewel that will be renewed for the 141st time on Saturday, May 21 at Pimlico Race Course in Baltimore, Md.; and the 148th renewal of the 1 ½-mile $1.5 million Belmont Stakes (GI), which is set for Saturday, June 11 at Belmont Park in Elmont, N.Y.

The list of late nominees to this year’s Triple Crown:

The late nomination of Cards of Stone lifted the 2016 Triple Crown nomination total for seven-time Eclipse Award-winning trainer Todd Pletcher to 29, which remains below his 2015 total of 34. Pletcher has three wins in Triple Crown races on his résumé. With his nomination of My Man Sam, trainer Chad Brown’s nominee total rose to 13, which ranks second among trainers.

The Kentucky Derby field has been limited to 20 starters since 1975 and the horses that enter the starting gate for its 2016 renewal will again be determined by points earned in the “Road to the Kentucky Derby” eligibility system, which debuted in 2013. If entries to the Derby total more than the maximum field of 20, up to four “also eligible” entrants will be permitted. If one or more entrants scratch from the 20-horse Kentucky Derby field prior to 9 a.m. Friday, May 6, the also-eligible horse or horses with highest preference in the “Road to the Kentucky Derby” system assume the empty stalls in the starting gate.

The Preakness is limited to 14 starters, while the Belmont Stakes permits a maximum field of 16 horses.

Three-year-olds not nominated to the Triple Crown during either the early or late nomination phases have a final opportunity to become eligible for the three-race series by payment of supplemental nomination fees. Due at the time of entry for either the Kentucky Derby, the Preakness or the Belmont Stakes, the supplemental fee process makes a horse eligible for the remainder of the Triple Crown series. A supplemental nomination at the time of entry to the Kentucky Derby requires payment of $200,000. The fee is $150,000 if paid prior to the Preakness or $75,000 at time of entry to the Belmont Stakes.

Churchill Downs adjusted its entry process in 2014 to permit horses that are made supplemental nominations prior to the Kentucky Derby to be treated the same as original nominees. If one or more supplemental nominees possess sufficient “Road to the Kentucky Derby” points to qualify for the Derby field, they will be allowed to start over original nominees that possess lesser qualifications. Under its previous policy, Churchill Downs gave preference in all cases to early and late Triple Crown nominees.

Information on the Triple Crown nomination process is available at www.theTripleCrown.com.