Out for a Spin shocks Ashland at 52-1 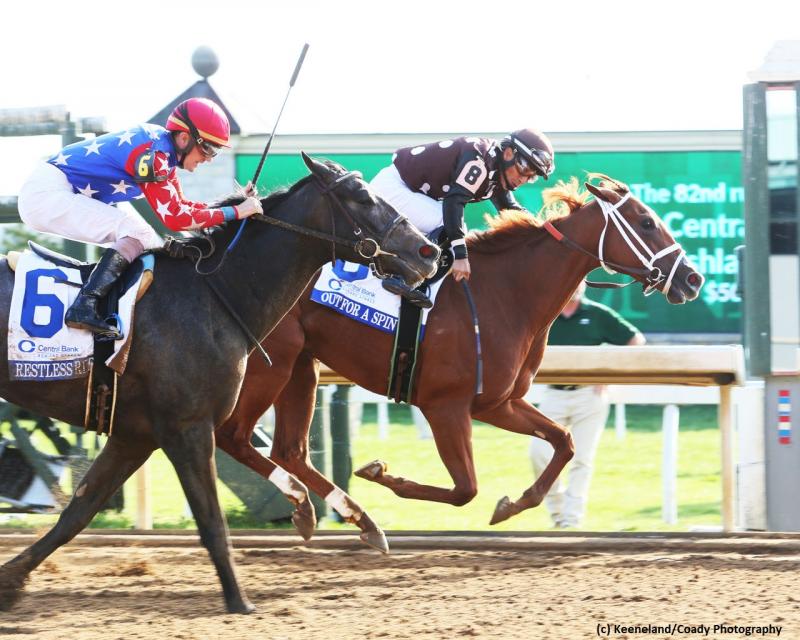 Overlooked as the 52-1 longest shot on the board, Commonwealth Stable’s Out for a Spin upstaged Restless Rider and even-money favorite Jaywalk in Saturday’s $500,000 Ashland (G1) at Keeneland. The Dallas Stewart trainee booked her ticket to the Kentucky Oaks (G1) by garnering 100 points in her stakes debut.

Champion Jaywalk, widely expected to rebound from a fading fourth in her Davona Dale (G2) comeback, set the pace but Out for a Spin was glued to her flank throughout. Restless Rider advanced into contention to join them as they rounded the far turn.

Then Jaywalk began to backpedal. Last year’s Breeders’ Cup Juvenile Fillies (G1) heroine could not go on with the sweet-traveling Out for a Spin, who put her head in front entering the stretch.

Restless Rider, runner-up to Jaywalk in the Breeders’ Cup, now accosted Out for a Spin. The 5-2 second choice in her first start of the year, Restless Rider appeared on the verge of collaring the longshot, but she couldn’t quite get there. The combination of her ring-rustiness, and Out for a Spin’s resolve, was too much to overcome.

Restless Rider banked 40 more Oaks points, bringing up her total to 62. With this tightener under her belt, she figures to move forward on the first Friday in May.

Jaywalk stayed on for third, beaten two lengths by the winner. She added 20 points and now sports 55 overall, but questions loom about whether she’ll regain her old spark in the Oaks.

Bizwhacks checked in fourth, good for 10 points that doubled her haul to 20. Next came Lady Kate, Chocolate Kisses, and the eased Bell’s the One.

By 2007 Kentucky Derby (G1) runner-up Hard Spun, Out for a Spin sold for $75,000 as a Keeneland September yearling. She was offered as a two-year-old in training at OBS April but was led out unsold for $50,000. Her dam, the stakes-placed Came Home mare My Mammy, is herself a half-sister to 2005 Blue Grass (G1) hero Bandini from the further family of noted sire Stormy Atlantic. 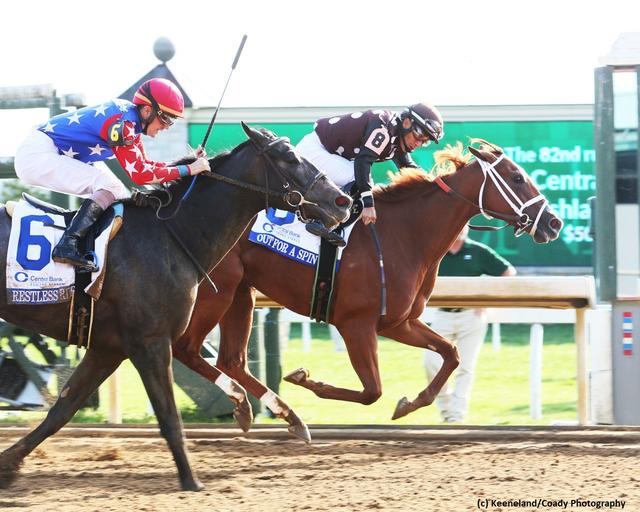