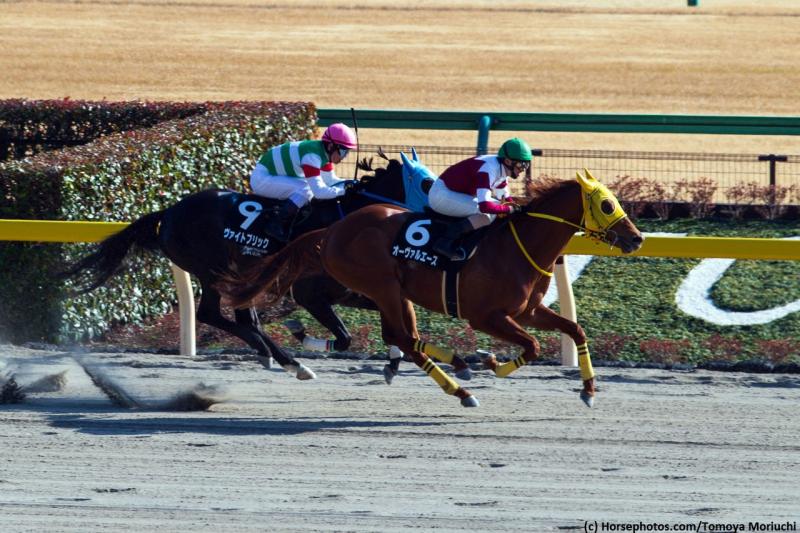 Tsuru Nishimori’s Oval Ace wore down Weitblick to prevail in a battle of unbeatens in Sunday’s Hyacinth S. at Tokyo, the third race on the Japan Road to the Kentucky Derby.

Oval Ace, the 5-2 second choice in Japan, was returning to the scene of his nine-length debut romp on November 24. The son of Henny Hughes (the same sire as Beholder) in the meantime had tackled an allowance at Chukyo December 15, rallying to extend his record to two-for-two, and made it three in the Hyacinth.

Once again piloted by veteran Masayoshi Ebina, the Noboru Takagi trainee was reserved off the pace as R Rosso led the way from Imeru. Make Happy, the Cattleya Sho winner, was tucked in behind the pacesetter on the rail, but began to lose her position on the far turn and came up empty.

Meanwhile, Weitblick was the first to pounce on the leaders down the stretch. Oval Ace went in hot pursuit, and after a tussle, got the better of Weitblick by three-quarters of a length. The chestnut negotiated the metric mile on a fast track in 1:38.6 – three seconds slower than top-class older male Inti clocked in the February S. (G1), a “Win and You’re In” for the Breeders’ Cup Classic (G1), two races later.

Weitblick garnered 12 points for his runner-up effort. Derma Louvre gained belatedly in third without posing a threat to the top two. He added 6 points to his previous 8, for a total of 14. That puts Derma Louvre third on the Japan leaderboard, behind Oval Ace and Nova Lenda (the winner of the December 19 Zen-Nippon Nisai Yushun who sits second with 20 points).

Oval Ace was bred by Umeda Bokujo. His dam, Abbracio, is by the Kentucky-bred Grass Wonder, who was Japan’s champion two-year-old colt of 1997.

The concluding leg of the Japanese scoring series, the aforementioned Fukuryu S., offers the most points of all – 40 points to the winner. So after that March 31 race, we’ll know who’s earned the Japan Road invitation to Derby 145. 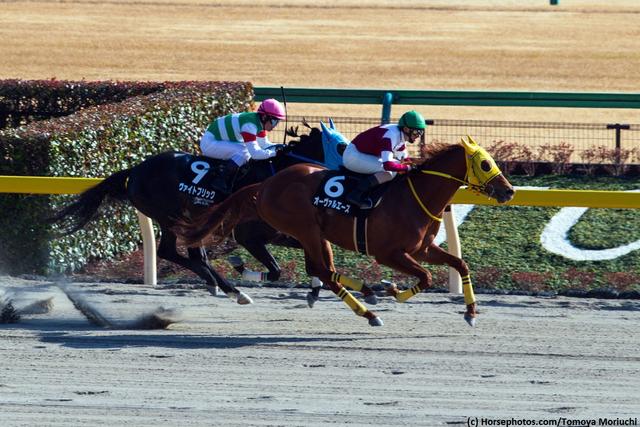