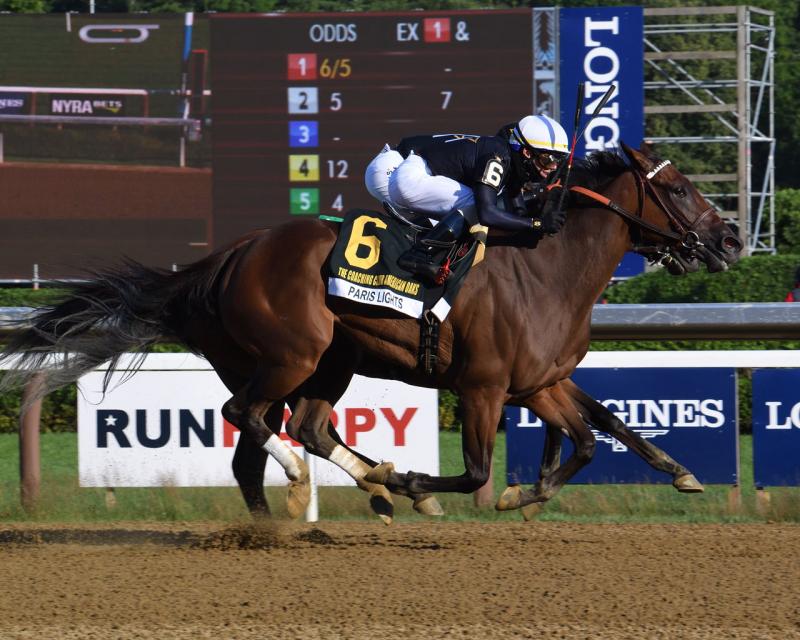 Paris Lights hounded the pacesetting Crystal Ball for most of Saturday's $339,500 Coaching Club American Oaks (G1), finally wearing down that rival inside the final sixteenth to win the Saratoga feature by a head in what was the stakes debut for both 3-year-old fillies.

Under Tyler Gaffalione, Paris Lights finished off 1 1/8 miles of the fast Saratoga track in 1:50.81 and paid $6 as the 2-1 second choice in a field of five. Crystal Ball had 4 3/4 lengths on Antoinette, who had seven lengths on 13-10 favorite Tonalist's Shape. Velvet Crush trailed throughout after a tardy start.

Paris Lights, a daughter of Curlin, had two wins from three starts heading into the Coaching Club, while the Bob Baffert-trained Crystal Ball had a 1-for-2 mark. Paris Lights debuted on Apr. 26 at Gulfstream, finishing third going 7 furlongs, but won twice over 1 1/16 miles at the Churchill Downs spring meet facing maiden and allowance foes. 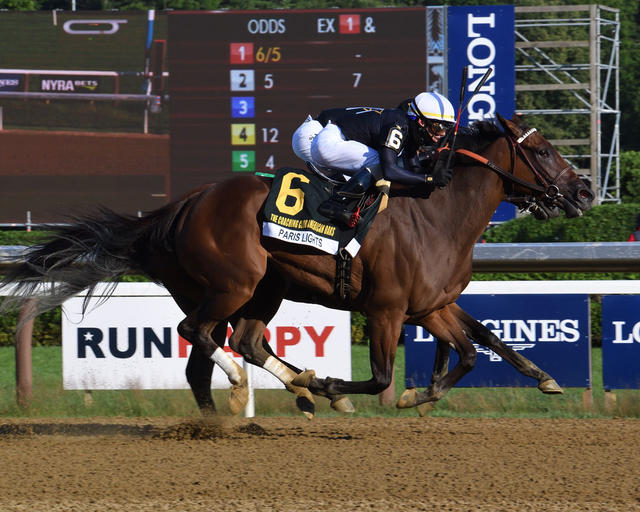